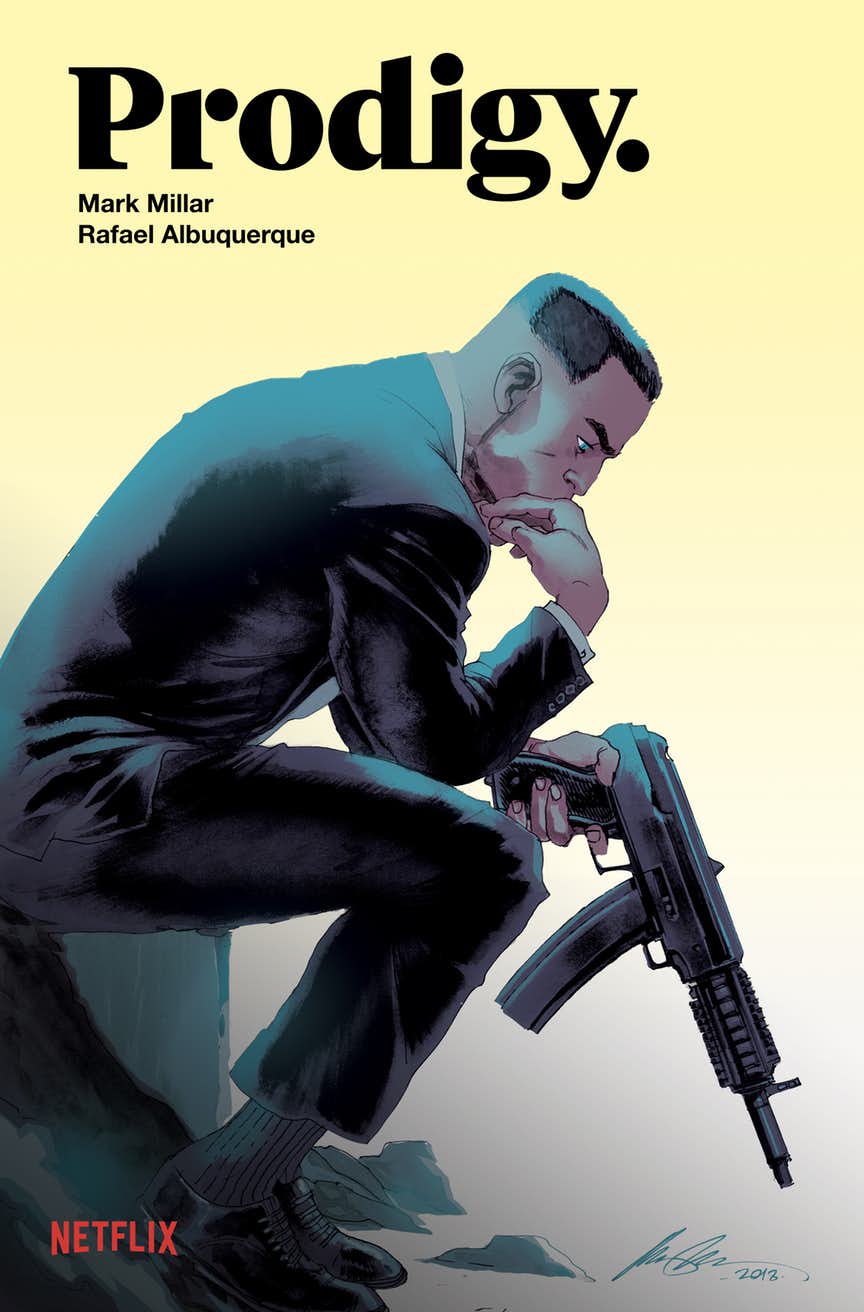 Back in August, Millar announced the 2nd comic to come out of the new Netflix partnership would be about a debonair black man named Edison Crane, who happened to double as the smartest man alive. They also made the decision to go against the grain and allow this hero to be uniquely suited for the most outlandish missions this planet has to offer, all while remaining the flyest guy in the room. In Prodigy, we have the most unorthodox, confidence filled, go-to man for issues that local governments are unable to handle themselves. Of course, Millar rarely makes plans this ambitious without having one of the greatest artistic talents to rival his penmanship, so he enlists Rafael Albuquerque as the man behind the ink and he blesses each page with style and bravado that is unmatched.

Is it even a proper backstory if it doesn’t involve being placed on a sports team years before eligibility? Does it even matter if you’re not making boys 5 years older look like the kids guarding LeBron back in high school? Just when I thought Mark Millar is all out of bright ideas, he comes along and slaps me across the face with writing that is simply bar none. It’s one thing to provide simple explanations as to what made him so wise, quick thinking and adventurous, but it’s another thing to walk you through beautifully drawn instances of Edison’s childhood that provide you with the perfect context to his adult way of life. 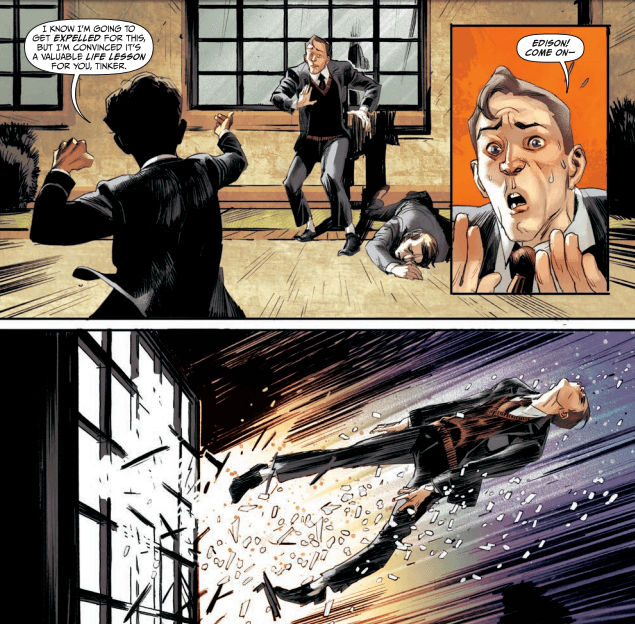 As we’re learning about young Edison in this inaugural issue, we find out how he deals with bullying. His, “I know I’m going to get expelled for this, but I’m convinced it’s a valuable life lesson for you, Tinker.” line was phenomenal insight into the man he’d become. The supreme ass kicking of this entire scene is something you need to see to fully enjoy.

Although the info we get on young Crane left me salivating for more, Millar provides little tidbits of backstory as the present-day action and drama unfolds. We see how much he is encouraged by his mother to stay curious and never stop thinking. We see how much his father pushed him and how confident that made him. My 12 years old mans and them was finessing life or death scenarios in his room while mom and pops enjoyed the decadent, buttery, broiled lobster tails he whipped up for dinner! Being a low-key chef myself, I was inconsolable in this instance! 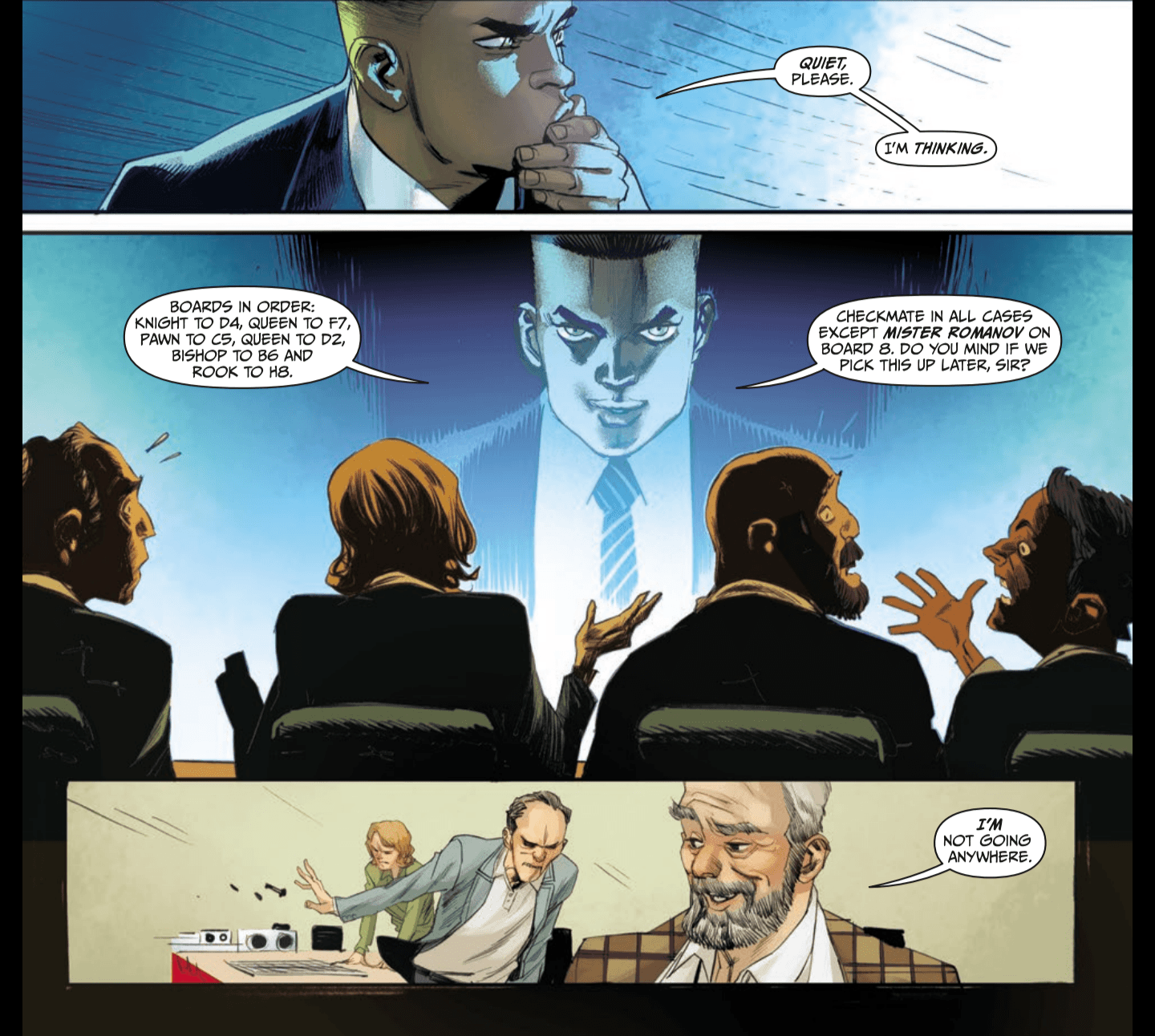 Now fully matured and well past the desire to become president, Edison Crane spends his time playing chess on a dozen different screens simultaneously. Not bad for a guy like him is what I initially thought, but you quickly discover he’s not simply playing multiple games to better himself. The man is an intellectual maven and would never be pleased with the handful of victories before him. He has the antithesis of a one-track mind and is constantly thinking if ways to execute his next task, save the world down the road, entertain fans today and blow the minds of everyone who knows the name Crane.

Rafael Albuquerque is a monster, and I’m so glad he’s the one who gets to depict the characters in this comic. The one test I always remain true to with my reviews, is an artist’s ability to draw the hair of POC, and Black people in particular. Obviously, this comic features a Black man, so Albuquerque had to be extremely confident in his capabilities. Aided by the fire coloring skills of Marcelo Maiolo, the hair textures are on point. Edison’s fresh-cut game progresses and changes as he grows. When we get to the meat and potatoes of this story, we witness a couple different looks from the foreign governments he works for and the assistants that help him throughout the day. Candice seems to be his PR/social media guru, and his Alfred-type homie keeps Edison fresh while maintaining a cool hipster look. 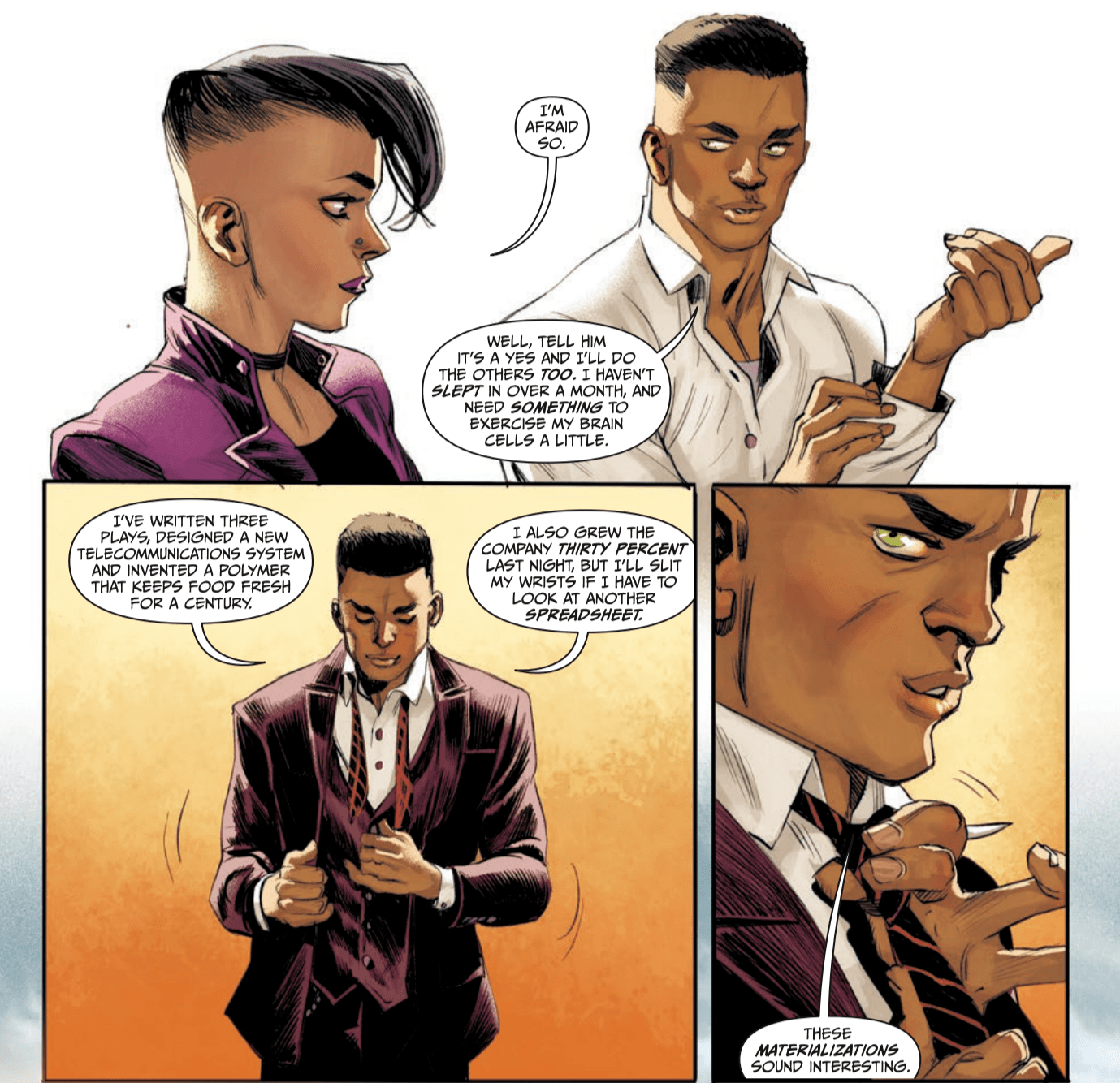 Prodigy #1 comes in with a full head of steam and ends with one of the wildest, yet intriguing twists you’ve seen. At this point, Mark Millar has little to prove, yet he continues to astound with every new concept he concocts. I don’t use this description often, but Rafael Albuquerque goes Picasso on the panels and it leaves me hype for issue #2. Ancient prophecies have never been this bold and government cover-ups have never been this corrupt. Sounds like a case for Edison Crane, the greatest prodigy that ever lived. Get your pre-orders in now. If Millar’s The Magic Order proved anything, it’s that issues will sell out swiftly when this one drops on December 5th.

10 Flaming Motorcycles Jumping The Grand Canyon out of 10