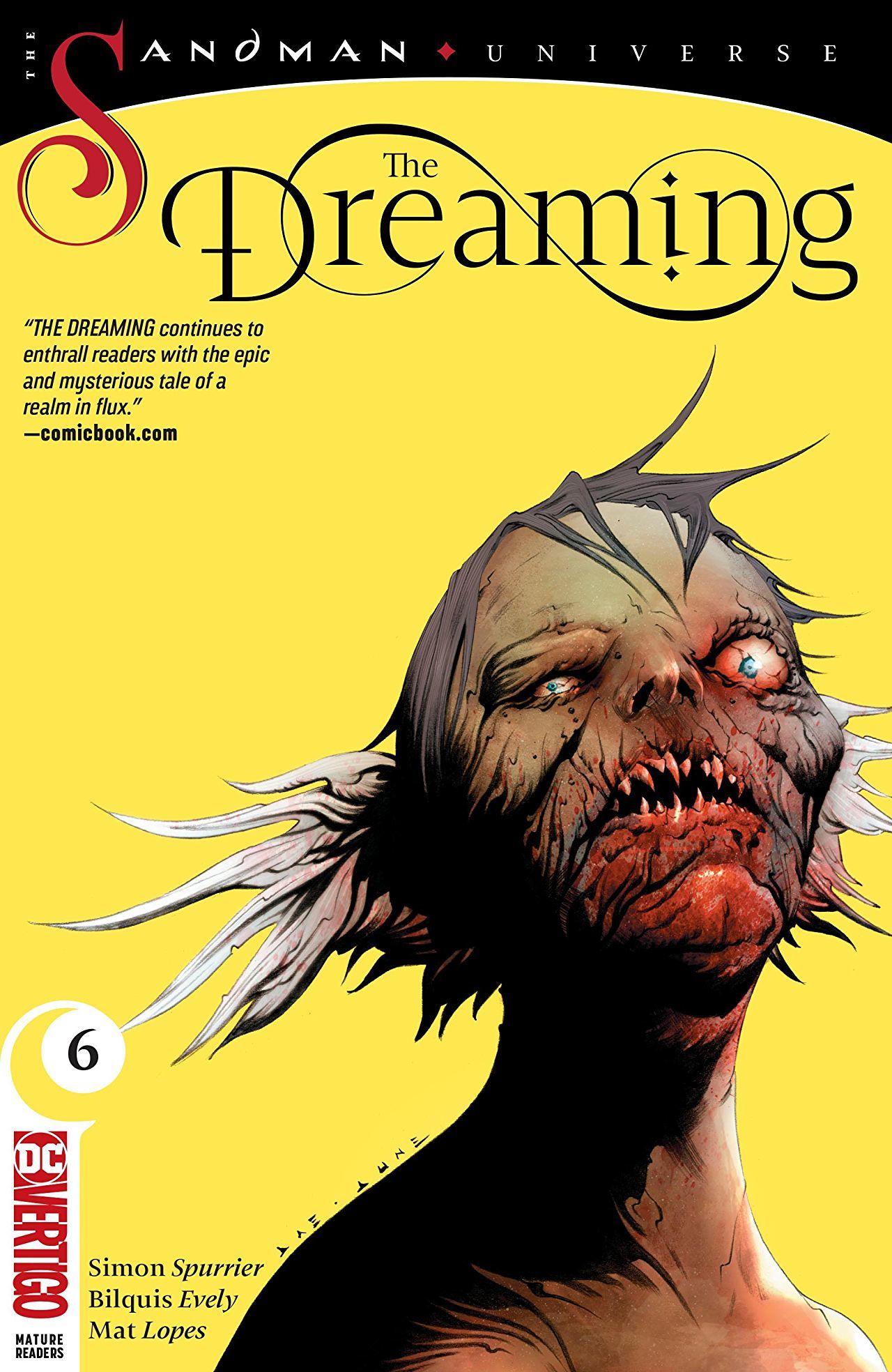 If The Dreaming does one thing well, it is mandating that your eyes stay glued to the page. From the nine-panel spread that opens the issue punctuated by red text in a negative space to the deteriorating landscape of the Dreaming in its subdued technicolor degradation, Evely has the visual dictionary of the Sandman Universe on lock. In a world defined in equal parts by the distinct silhouettes of its inhabitants and the chimeric background image, Evely’s artistry feels like the modern evolution of Gaiman’s original playground.

As the only true direct sequel in the Sandman Universe, The Dreaming does hold the arduous task of having a clear parallel of “A world in absence of Dream,” both the literal Endless and the concept of hope. Spurrier’s work feels anecdotal, or allegorical. What was one once a thriving land has been abandoned to a cruel taskmaster, and maybe that’s just me reading way into the subtext but the presence of Judge Gallows, an ultra-utilitarian fascist bent born of puritanical nightmares has easy targets on its back. 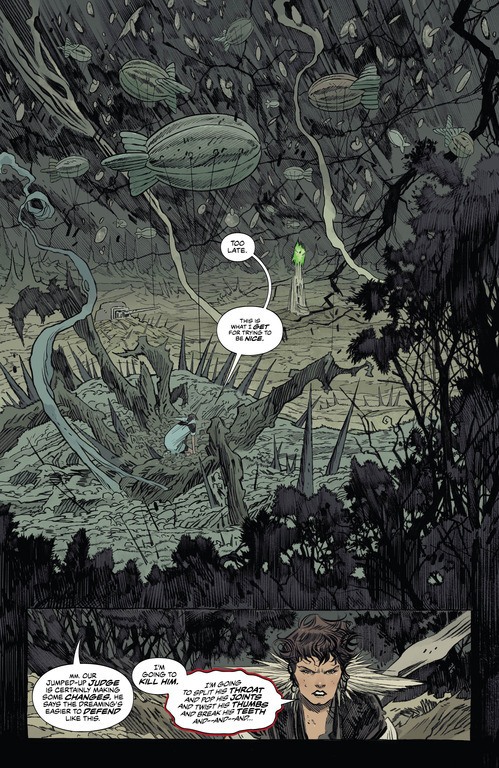 While the earlier issues feature a fixed narrator that took the helms of the story at multiple times, this issue meanders about in a very text heavy fashion, cycling through various perspectives quickly. It was difficult to parse out the flow of the blocks of dialog and description that move unrelentingly fast. While there is a sense of a dread in the syntax of conversations, there is so much to unpack when it comes to the significant amount of mental of effort it can take for a reader to make it to the last panels just to make sense of the pacing.

Yet, I find myself forgiving difficulty tracking the page to page flow because of the sheer ambition and scope of the Spurrier’s and Evely’s epic tale. The final act throws an entirely wrench into the narrative and it is increasingly clear that this is a creative duo that is willing to boldly stake a claim to the Sandman sandbox and stick the landing for the most.