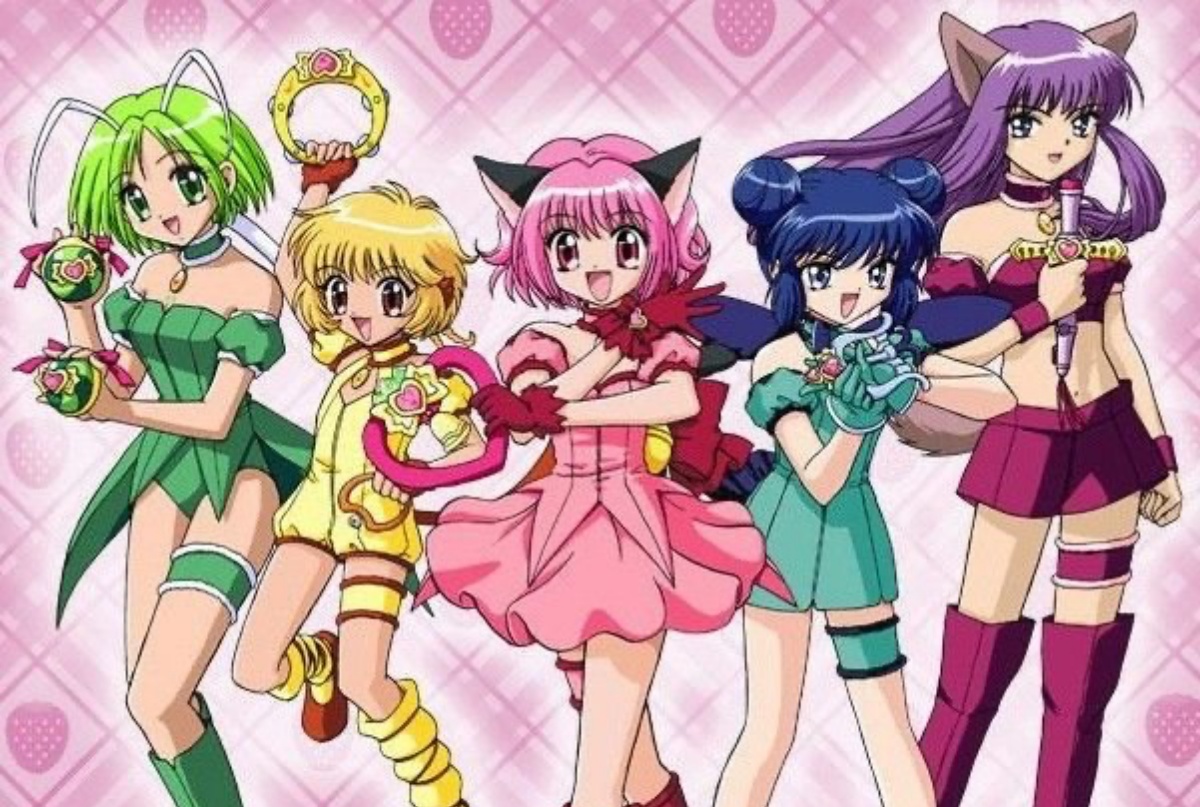 The Everlasting Influence of Mia Ikumi

I remember being in 6th grade excitedly sharing my copies of Tokyo Mew Mew with my friends in the cafeteria. I was the biggest anime nerd in elementary and middle school, and I just loved bringing TMM to school and letting my friends read through it too. The manga was ADDICTING. TMM was everything I wanted in my life; best friends who would go to war for you, a sickly-sweet romance, ah-mazing outfits???? I was in heaven every time I flipped a page. Ichigo was not my favorite kind of main character, but she was earnest and had a good heart. She wasn’t as huge a crybaby as Usagi from Sailor Moon, but she did have an outfit just as cute, if not more so. My favorite Mew was Zakuro, who had a bitchin’ purple magical girl outfit and wolf ears (Her powers came from the DNA of a gray wolf that she was infused with). The coolest ‘Mew reveal’ for me was Lettuce; it had a major Carrie/old-school horror set-up. I am in my late twenties, and I can still remember how hungry I was for each book; how excited I was when each Mew was revealed, the multiple love triangles, the super cute maid outfits, and the adorable romance between Ichigo and Masiya. Every time I saw the gorgeous covers on the shelves at Barnes & Noble or Borders, it set the stage for an epic reading time for young little Oona.

Mia Ikumi was the illustrator of Tokyo Mew Mew. She, along with the creative writer Reiko Yoshida, brough five spunky gal pals to life in this original 7 volume series. With deliciously over-the-top outfits, sugary sweet romance plots, and ridiculous character dynamics, this series was a major part of my upbringing. It impacted my standard of top tier magical girl anime. Sailor Moon was my introduction to the Magical Girl genre, but Tokyo Mew Mew solidified my love for it. Saddly, on March 7th, 2022, Mia Ikumi passed away at the age of 42.

The overwhelming sense of loss I felt when I heard of Mia Ikumi’s death shocked me. A series that I haven’t read in over ten years could still impact me emotionally after all this time was a reminder that while I continue to age, my younger years are very much part of my identity. My memories of being a joyful sixth grader eagerly trading manga with my friends helped mold the person who I am today. I remember the feeling of heaviness when I was scrolling through my news feed depicting posts about Ms. Ikumi’s passing, and simultaneously, of remembering a childhood long gone, but thoroughly enjoyed, in part because of her tremendous and massively influential work. Her illustrations brought joy and preteen giddiness to my life, and I cannot thank her enough. The immense gratitude I felt towards Mia Ikumi was intense, and I felt incredibly lucky to have been able to read the manga when I did. To have such a talented illustrator gone so soon is truly a devastation to not just the anime community, but to the arts world as well.

Cover image via The Mary Sue