Following that Tiger Woods post-adultery average ass episode last week, we get some realness on The Flash this week. Team Flash out here taking shortcuts to their speedless problem. Cisco done gone ALL THE WAY Tupac hologram on Central City. He got Barry hooked up a treadmill looking like athletes when they do dem motion capture commercials for EA sports. They’re fighting crime with the help of a holographic Flash that the less than intelligent criminals believe is really Flash chasing them. All in all, the team gets the job done and the CCPD nabs their perps.

S.T.A.R. Labs: Iris got all the praise for Cisco after doubting the kid! Aaaaand wouldn’t you know it, the hater of all things positive, the bringer of despair, the 5 year old birthday party destroyer, Harry Wells putting the squash on all that optimism.

Harry: Ya some dumb ass hopeful wannabes. You DO KNOW that they will figure out your stupid little trickery eventually. Somebody gonna wonder, yo why Flash dont speak anymore? Why is he never indoors? Why does he keep flickering like my tv in 1993?

Iris: It just worked and it there’s no reason to believe it wont continue working. This is the best option we have so far.

Harry: FALSE. We could create another particle accelerator explosion like I told Barry, and his Galapagos Tortoise slow ass.

Team Flash: FUCK YOUUUUU. We dont know if we could contain the explosion. Look at the last time we tried this science sorcery, we blew a gilactic sized hole in the universe that opened up half a hundred breaches to your wack ass Earth. Not happening son.

But Wells up in the building shitting on alllll dey lives.

Harry: I got the key, Khaled gave it to me. I know what chemicals need to be in Barry’s body to recreate the same circumstances as the night he got his powers and how to bond the lighting with the dark matter from the explosion. I GOT THE JUICE, I stole it from Bishop & Q aka I got your Earth’s Harrison Wells’ research and data. 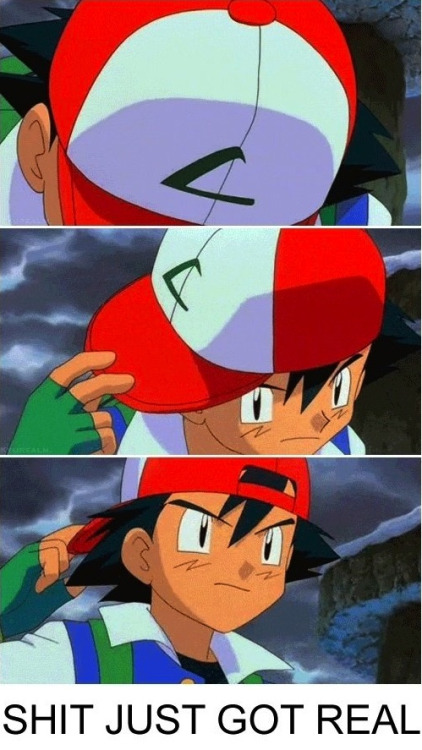 Then Wells finished off with the most stinging point he makes this entire time. You may be able to save a few people as you masquerade around the city as the holographic Flash, but it’s not going to save Caitlin.

Barry goes to visit OG pops out in the country upstate in the boonies. Barry rolls up in the whip and dad is like, “Dam kiddo, forgot how to use them speedy feet of yours?”. Barry lets him know about the realness. And being the 2nd most amazing dad on the planet, which just happens to be in the same show as the #1 dad, he tells Barry that he understands giving up his speed in exchange for Wally’s life. Barry tells his pops about his decision making dilemma and so begins the carousel of advice Barry gets throughout this entire episode.

S.T.A.R. Labs: Meanwhile Harry is showing Cisco exactly what he’s been working on in his lab. He’s ready to get Flash his speed back but WE HAVE BREAKING NEWS, FOLKS!

Cisco vibing some crazy visions of his unappreciative brother and bounces with the quickness, cuz ya know, blood is thicker and all that jazz.

It appears Poppa Henry Allen is back in the fold, being an amazing biological. Harry Wells in the back STRAIGHT HATIN HARD!

CCPD: Wally and Joe are setting up Wally becoming Kid Flash. Yeah I said it! Their entire conversation about Wally having the ‘West gene for wanting to help people’ and how he’ll find a way to combine that gene with his love for racing really fast cars… YEAH. I don’t know if the writers were deliberately dropping Kid Flash hints or if they thought my black ass wouldn’t pick up on the obvious, but it’s plain to see Wally on his way to speedster territory. And all the nerds rejoiced. 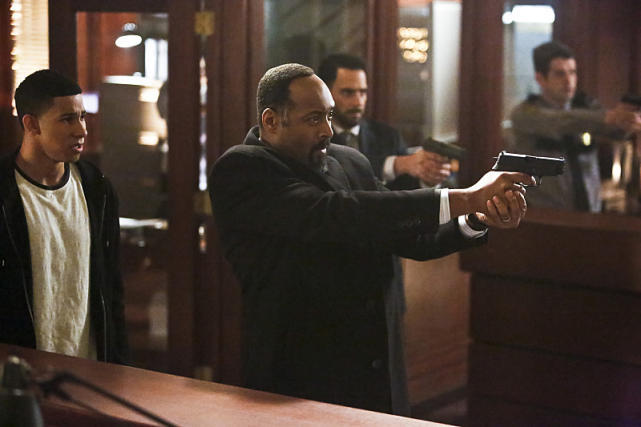 Thennnnn all the nerds got shook. Zoom comes speeding in like Noob Saibot when he throws his shadow body across the screen. I could just hear the fanboys and girl screaming, “NOOOO! They were just dropping hints about Wally becoming Kid Flash and now they’re going to have Zoom KILL HIIIIIIIIMMMM????.” Then everyone remembered this is a CW show, not Game of Thrones. Joe pulls out the heater along with the rest of the CCPD and Zoom reminds them about the last time they tried to make him eat a bullet buffet aka you boys in blue  and ya bullets aint got shit on this speed! The city is his and anyone who disobeys the Speed God gonna get the Roose Bolton treatment. The ENTIRE police force backs up out of the CCPD after Caitlin convinces Zoom to spare their lives.

S.T.A.R. Labs: Joe lets everyone know that Zoom just hit him and his cop crew with the Assault on Precinct 13 and he has Caitlin straight damsel in distressing. I’m sorry Team Flash, but my Earth-2 ninja, Harry Wells is the only one with any sense up in this piece right now. Zoom’s doing EXACTLY what he did on E-2 and is poised to take over this planet like Thanos.

Random Bar: Cisco and his brother are trying their darndest to connect but aint got a dam thing in common, and they both know it. Cisco says, “Fuck it.” and decides to head out. His brother is liiiiiike, “You see, the way my bank account is set up..” Cisco took that L worse that The Panthers in the Superbowl.

NOW THE EPISODE GETS POPPIN

Rupture pulls up on Cisco and Dante and throws the sickest scyth blast I’ve seen on this show in a while. Cisco and Dante get put on their asses and Rupture starts calling out Vibe. Turns out Reverb had a brother on Earth-2 and he thinks Vibe killed Reverb. Clearly Zoom is the illest pathological liar on the planet. The brothers make a run for the van and barely escape.

S.T.A.R. Labs: It’s a three way hardcore match with Joe, Henry and Harry all going hard with their battles of reason and rhetoric. They talking all this shit about what Barry should and shouldn’t do, until they realize Barry in the cut listening to them bicker like grumpy old men. Barry lets them know this decision is on his shoulders and his alone. Deuces.

He oh so coincidentally runs into Iris on his walk out. Mirroring a question asked a few weeks back, Barry asks Iris if she’s okay and the CW soft piano music starts playing so beautifully that you know it’s coming! Iris reveals to Barry that she’s always been the one that he should be coming home to, that she has feeling for him. The show runners have done a good job at pacing this little rekindling, we’ll see if is turns out to be that real deal Jerry Springer love. CCPD: Sneaky Caitlin snooping around finding cell phones. She overhears Zoom tell Rupture that he needs to attack the police who have gathered at Jitters. She sends the Rupture attack message to the team and Barry finally makes his decision.

S.T.A.R. Labs: He needs a guarantee that the explosion will be 100% contained or he’s not down with Harry’s plan. They devise a way to stop Rupture, sans powers. Dante is still complaining at Cisco for the 17th thing tonight. But this time it’s pretty legit. Cisco drafted a letter addressed to his family when he went to Earth-2. This appears to soften Dante’s asshole-ish exterior, which leads to Cisco revealing to him that he was affected by the particle accelerator and has powers.

CC Jitters: Rupture walks into Jitters expecting the entire force to be up in there playing Spades, drinking 40s but its just holograph Flash who runs the fool in circles until he’s in perfect position to be subdued by the police. A news bulletin flashes across the screen as Caitlin and Zoom are watching. Zoom presses Caitlin about how they could have captured Rupture and then sees the evidence box was opened and his ANGER GOES ALL THE WAY UP! Zoom zips his ass on down to Jiitters, and what happens next really could wind up on an episode of Game of Thrones. 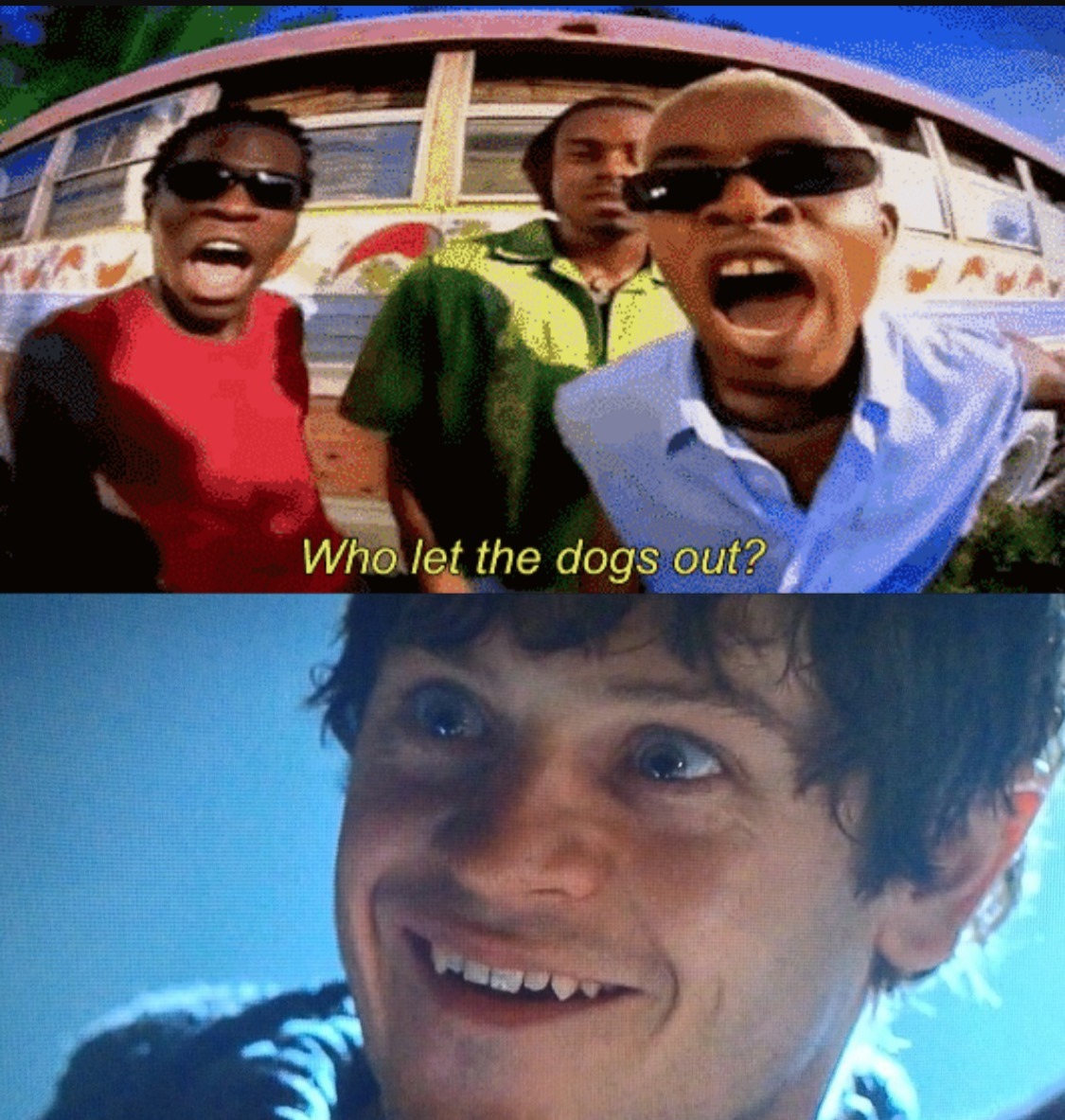 No CW softness up in the last 15 minutes of this episode, I’ll tell you that much!

Zoom up in this muh fucka demanding that all cameras capture everything that’s about to go down. He begins charging up and Joe yells for everybody to move! But we all know it was curtains for them. Instantaneous mass murder.

And if I wasn’t re-watching with the captions on, I would never have known that Zoom snapped every single one of those officers, cameramen, and reporter’s necks like toothpicks! Barry runs out to try and save the remaining humans and does a preeeetttyyyy good job. Zoom allows Joe, Barry and Captain Singh to live and only murders Rupture for his failures. Zoom picks up a news camera and we all bear witness to the fat that Zoom’s selfie game is impeccable! He sends out another uber threatening message and outs the faux holograph Flash.

S.T.A.R. Labs: Cisco and Dante make up as Wally and Jesse remained locked up in the Thawne future room. Harry continues his barrage of evidence that Barry needs to accept his plan and create another particle accelerator explosion. Barry finally gives in and they head down to this abbreviated version of evil Wells’ accelerator. But Harry is isolating the antimatter and dark matter directed to Barry instead of the entire city. Barry get hooked up and Iris gives him a wink as he gets ready for this explosion and lighting strike.

Jesse and Wally are trying to escape the room and do, thanks to Jesse’s Quick thinking. They run out as Harry is injecting Barry with the same chemicals that were in his body the night of the original explosion. Cisco creates a lighting bolt on the roof and the plan is in full swing. Barry begins to disintegrate while Wally and Jesse get hit by the blast omitted from the explosion. Zoom witnesses the lighting strike and knows what the squad is up to. He zooms over to S.T.A.R. Labs and picks up the shredded Flash suit.

[title type=”h2″]Flash Facts[/title]
That little scene where Henry says to Barry that his mother’s maiden name was Garrick… you know, like Jay Garrick?

Kinda looks like Caitlin out here getting manipulated by Zoom. He thinks she’s got some evil in her. Could this mean meta human powers for Caitlin?

Kevin Smith Director’s Chair watch: Next episode youngins! May 10th, let’s get it.

Great episode right here, with 2 more to go! Missed an episode? Catch up on our previous Flash recaps here! 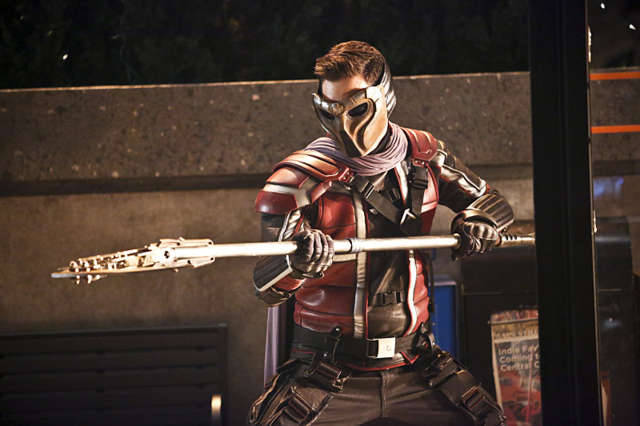