Last Tuesday’s episode of The Flash was aptly titled, Things You Can’t Outrun. Fitting as it seems because I can’t seem to outrun my qualms with this show. We’re introduced to The Mist this time around as the villain; new actor, new lines, new moves? Sorta, it’s difficult to discern when you reuse the CG from episode 1’s Weather Wizard. They pretty much had one of their CG guys add a bit of green hue to the Weather Wizard’s fog to create The Mist. Those of you who’re developers know what I’m talking about:

There’s really no big revelations in this episode. Just more bad acting and terrible fight choreography; in fact, The Flash may be a bit bearable if every fight did not end with Barry Allen running full speed into the villain and knocking them unconscious. We do get a bit of character revelation in this episode as they delve a bit deeper into Caitlin Snow’s past and at this point it’s pretty obvious she’s going to eventually become Killer Frost once her pent-up rage about her deceased fiancee reaches its boiling point (Freezing point? Heh, don’t blame me. That pun was about as good as this show gets.)

The Mist pops up in this episode, seemingly, so that our hero’s helpers can rediscover the particle accelerator and repurpose it as an air tight prison for him and future villains that will need to be kept under wraps and, also, to set up some sort of breakout scenario where I’m sure Allen will have to not only fight the villain that breaks out but all of the other toss-away villains that he’ll have imprisoned there as well. I hope by that point he’s developed a few more moves on his skill-tree to make that future episode worth the shenanigans.

The more eyebrow-raising moments of this episode were both Detective West and Dr. Wells doing their best ‘To Catch a Predator’ impressions:

It’s been a while since I’ve watched you sleep. -Joe West

This, immediately, followed by Dr. Wells entering his secret lair where the writers of the show continue to elaborate as a man-cave for Wells to spy on Barry Allen, past, future and possibly present as well. 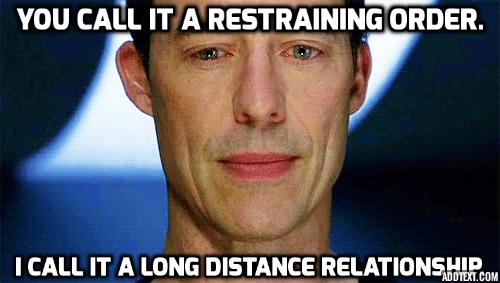