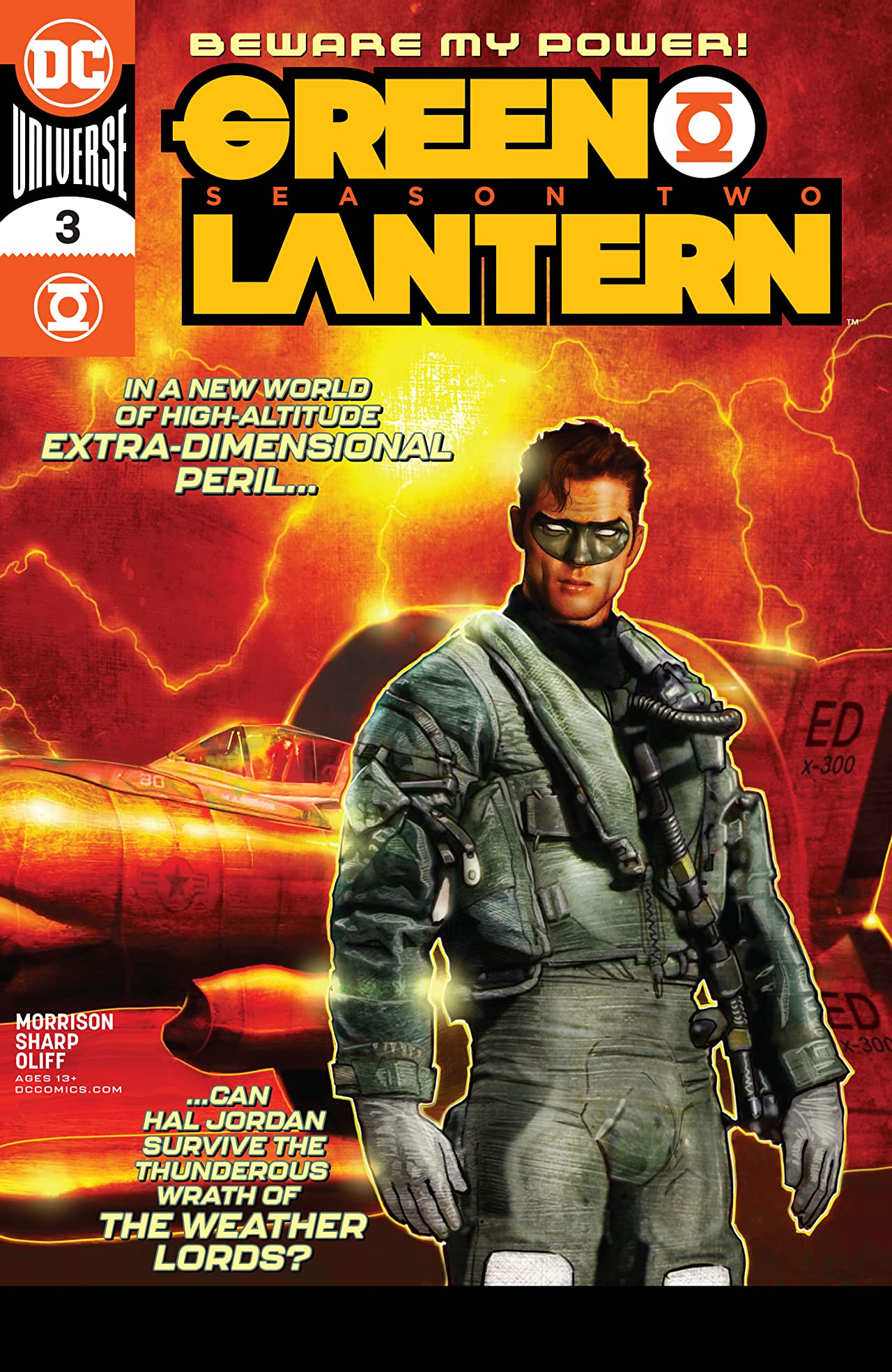 The acclaimed team featuring Grant Morrison and Liam Sharp are back for Season Two of their popular series The Green Lantern.

If you haven’t been reading the series, it’s a pretty different take than we’ve grown accustomed to in recent years when it comes to the intergalactic space cops with the green wish rings. It doesn’t take itself too seriously and in fact, it fully embraces the craziness of what the fringes of the universe would really be and ultimately becomes a really wacky read.

This yields for a more entertaining read for someone like me who doesn’t like Hal Jordan very much. If you’re gonna make him the protagonist, at least make it fun. Morrison and Sharp definitely do that, so I can’t complain.

Season One of the series was primarily based in space and away from Earth as Hal Jordan fought to protect the multiverse. This season is a lot more grounded, in a literal sense. It follows Hal taking orders from a new group of Young Guardians who have him returning home and dealing with the weird and unique space-related problems of Sector 2814. The only problem is that Hal hates being on Earth.

In Issue #3, we find Hal reunited with some of his pilot colleagues as he’s needed to help find and rescue a few of them that disappeared recently. He gets to pilot an experimental inter-dimensional plane that takes him to a trippy oversaturated purple and red dimension where the pilots have been stranded. Oh, and there’s a giant gaseous cloud-being named Ummiu from that same dimension who’s sad and just wants to get back home. This book is crazy. 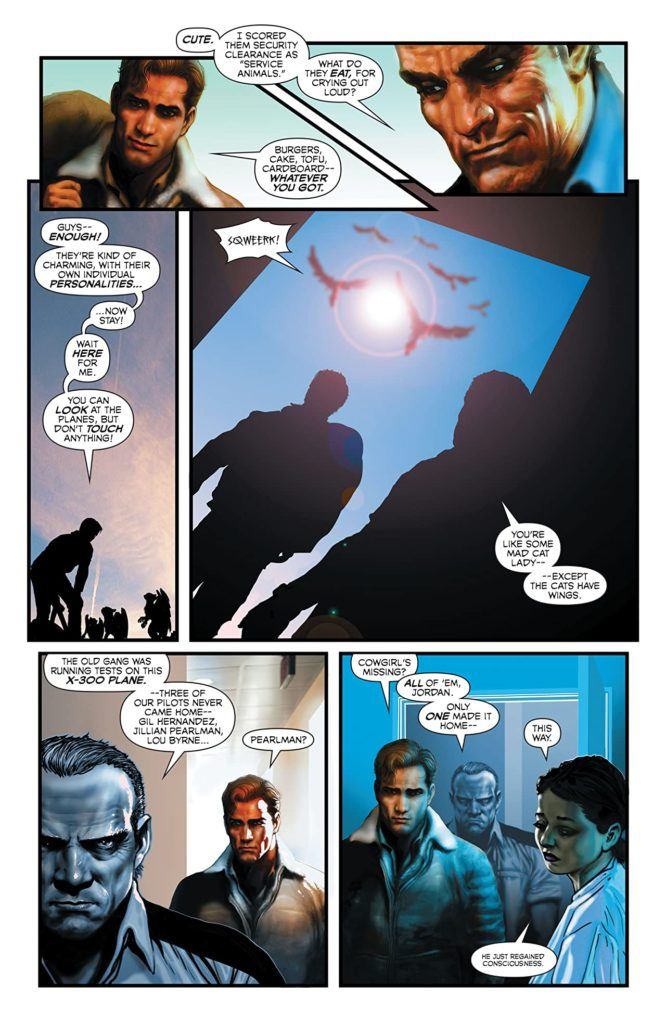 I like how Morrison writes Jordan in this book. He’s hella cocky. He’s always been that way, but we get to see how that cockiness adds some unnecessary stakes to the conflict that wouldn’t be there if maybe Hal would just humble himself a bit. For example, in this issue, when Hal takes that experimental plane to another dimension, he leaves his ring behind because he doesn’t want a “safety net” as he puts it, when flying a new plane. But my guy, you might need that ring when you get to your destination which is in, you know, another dimension. (And he does wind up needing it.)

On the art side of things, Liam Sharp is really giving us everything he’s got on this book. Morrison has stated how this version of Green Lantern is a love letter to the Silver Age, and Liam Sharp brings that to life so uniquely well. His dense linework coupled with his ability to bring all the wackiness Morrison imagines to life is a great addition to the overall feel of this book. It simply wouldn’t be the same without him.

The Green Lantern Season Two #3 quadruples down on the craziness that this series promises to deliver. We’ve got alternate dimensions, sad clouds, and a little love story all fitting neatly in 32 pages.

8 Cocky Ring Slingers out of 10