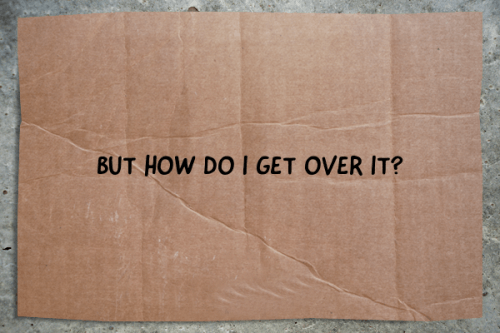 Trauma has a funny way of bringing out our individual personalities when it comes to self care. Maybe you temporarily suppress the event and keep it moving. Maybe you transform it into something creative like art or a joke. For me, I’ve often found it most helpful to give my emotions a break and just escape for a while. When it comes to being a survivor of rape or sexual assault, though, the nerd world’s oasis of fiction can often become a war zone fraught with triggers.

Recently, for instance, I decided to finally sit down and marathon through the dated but still popular shoujo anime Ouran High School Host Club because it seemed like a simple, safe, and humorous respite from real-life stress. Those who’ve watched or read the series will be familiar with the infamous spoiler I’m about discuss, but after 8 episodes of school life hilarity and reverse-harem flirting, our main character Haruhi suddenly finds herself under threat of rape by the vice-president of the Host Club, Kyoya.

The moment comes out of nowhere as a clumsy and misogynistic way for the creator to victim-blame Haruhi for attempting to defend herself against some drunk men when she was alone earlier in the episode (you can find a more in-depth analysis of this scene here in this analysis of rape culture in the episode and here in an ongoing series about Asian womanhood in pop culture). Perhaps if Kyoya had been made to apologize for this wildly violent behavior it would have felt more like the anime trope of a punch delivered after sexual harassment. Instead, it’s Haruhi who apologizes and even thanks Kyoya for teaching her this lesson, stating he wouldn’t actually rape her because he wouldn’t have anything to gain. By episode 17, when circumstances force Haruhi and Kyoya to shop together for an entire day, I realized that while viewers were expected to merely be frightened for Haruhi because of Kyoya’s intense and sometimes surly disposition, I was having flashbacks. 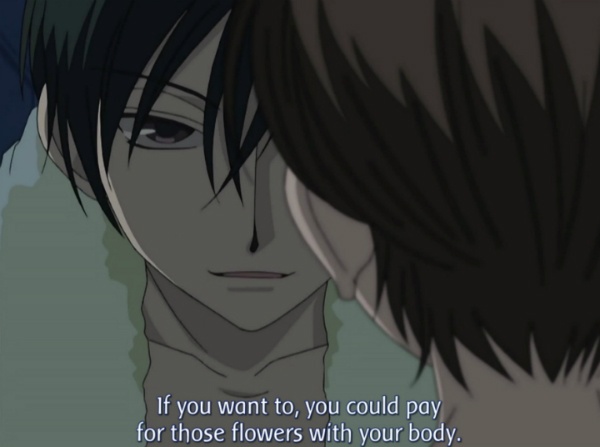 Like Kyoya, my rapist was older than me, in a position of influence, and controlling to the point of anger when I didn’t come to him for advice or follow his guidelines. He’d met the parent who mainly raised me, he knew where I lived, and I had spent almost every day with him for months because he called himself my friend. I normalized what happened by blaming myself and being grateful that the experience wasn’t some other more graphic violation.

In general, Black people are among the highest statistics when it comes to experiencing sexual assault. As a Black survivor and a nerd, you often have to sacrifice what would otherwise help you connect with other nerds in order to take care of yourself. These Ouran moments happen all the time. It means that while everyone else is raving about Jessica Jones, you have to consider if it’s worth the stress of continuously double-checking the trigger warning list each episode (which you can find here). It means realizing that the Thousand Years of Death “technique” is a rape joke, and Naruto is a child survivor who has to spend the majority of his time receiving mentoring from his assaulter acting like nothing happened. It means avoiding certain comic characters’ backstories altogether because DC Comics has a not-so-subtle heavy-handedness when it comes to the Rape as Drama trope. It means I don’t care how popular it was or is, HELL NO, I am never reading or watching Game of Thrones (thanks, Leslie, for the warning).

I’m not saying that all survivors should be expected to take these kinds of precautions or drop the things they love; I did end up finishing the rest of the Ouran anime, for example, and survivor friends of mine have chosen to go ahead and watch Jessica Jones. Thanks in large part to the efforts of caring people on the Internet, many of our triggers are avoidable. Fanfics get labelled with the appropriate alerts, social media allows you to filter your respective feeds to various degrees, and support networks are available when other fans want to ridicule a need for sensitivity. 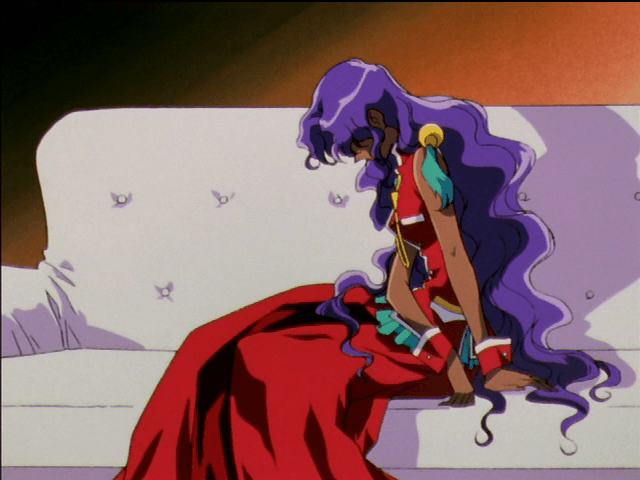 But in a real world where women still receive daily rape threats for disagreeing with anything in the nerd status quo, where arguably the most famous example of a dark-skinned woman in anime (Anthy Himemiya of Revolutionary Girl Utena) spends the whole series being victim-blamed and assaulted, where entire movements are built around certain kinds of survivors (white, hetero, femme, able-bodied, cis) but when “justice” is finally served for Black survivors it’s only for some and not others, where you can’t even be safe walking through a playground, you sometimes wonder if it’s worth the risk of art imitating life.

The truth is, in a community where there are more of us than you might think, it’s draining enough just to exist as a constant target of misogynoir without having to endure triggers during what’s supposed to be self care. I know for sure that the onus can’t just be on us to arm ourselves in this battle to stop normalizing rape culture. Because if I have to remember, it shouldn’t feel like my consent doesn’t matter… again.

If you or someone you know is a rape or sexual assault survivor I highly suggest checking out the tumblr Self Care After Rape (although many of the resources available can also help you process a variety of traumatic experiences).