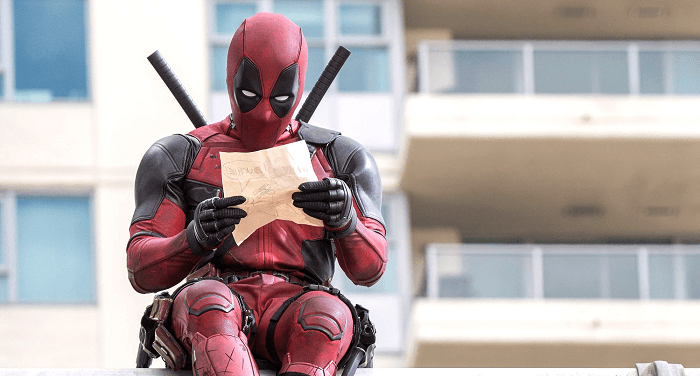 Previous to Deadpool‘s release, a friend of mine texted me and asked if I was going to go see it in the theater. I said probably, though I wasn’t compelled to see it on opening weekend. After those first weekend numbers came out, I texted that same friend and said, “Aight, Deadpool, my bad, shouldn’t have doubted you.” His reply was, “and it’s rated R too, WTF?” I countered that by saying, I’m guessing this will give some other studios the license to greenlight more R-rated films, and that Wolverine would be most ideal for that. We both laughed when Fox announced the very next day that Old Man Logan would in fact be rated R (I promise to use my powers for good in the future). This kicked off speculation and (albeit, weird) excitement for what other superhero films could be rated R, as that would straighten the path to a better movie of the beloved hero of their choice.

I finally saw Deadpool this past weekend and I’m in agreement with most of the hype — it’s pretty spectacular. It’s not a perfect movie, but then again, it never aimed to be. The action, comedic jabs, and embrace of the profane and visceral are all good, but the heart of the film is what makes the movie actually good and not just a collection of movie trailers strewn together with uninteresting connective tissue (*cough* Age of Ultron *cough*). Yes, Deadpool is rated R and it isn’t one of those films that are surprised it was R rated, it earns every bit of that rating from the CARA. But Deadpool isn’t great because it’s rated R. It’s great because it demonstrates a clear and concise vision, told in a vibrant and interesting way with a character that happens to project well to a 17 and over crowd. AKA Jessica Jones is great as well, but it doesn’t mean that Supergirl would be better on Netflix with sex, ultra violence, and trauma.

It tickles me to see speculation both from comic book movie fans and from movie studios posturing what the success of Deadpool and it’s uber-adult content means for comic book movies going forward. A Deadpool sequel was probably put on the docket before the movie left the screening room and Fox will undoubtedly try to push out Deadpool 2 as fast as Wade Wilson can grow back a limb. The question is, now that they know what kind of draw Deadpool is capable of, just how much more involved will they be this time around? I fear that. I fear the lesson that Deadpool has taught them is the wrong one.

Deadpool is the little movie that could, willed into being almost entirely by Ryan Reynolds and eventually director Tim Miller. At some point, Ryan became the poster boy for the terrible comic book hero. Green Lantern, R.I.P.D., Blade Trinity, Smokin’ Aces – none of it is particularly pretty and some of it is just outright terrible. But, in the trainwreck that was X-Men Origins: Wolverine, he stole the show as Wade Wilson during the first 15 minutes of the film, easily the best part of the film (also, we shalt not dare speak of the ending of the movie with Wade Wilson, I still wake up screaming about that monstrosity). Ryan Reynolds seized on the potential of that character and was constantly pushing for a movie to be done about Deadpool. He got his wish, technically. By the time Deadpool actually got a movie, it was on shoestring budget ($58 Million may not even cover what RDJ made for Marvel films in 2015).

They hired Tim Miller as director, he was most known for animated shorts and being a visual effects coordinator for Scott Pilgrim vs The World. The writers’ most heralded work had been on GI Joe: Retaliation and Zombieland (which was mad underrated by the way). Now, all parties involved put their back into this movie and made it a great feature, but it’s easy to see that Fox was ready to write this one off in their taxes. Now, the movie is breaking records every weekend and it seems that they are seizing on the aspect that most easily makes Deadpool different from other comic book movies as its catalyst. That makes me fear that if executive heads start caring about protecting it’s R-rated golden goose, it will likely mean, “do what you guys did before except times 2.”

Deadpool might end up being a curse in disguise. It has emboldened Fox to believe they are capable of putting out a great movie based on the Marvel licenses they hold rights to, when the previous years may be to the contrary. (I realize I may be in the minority here, but I think that out of 5 X-Men films [with one on the way] and two Wolverine films, Fox has put out possibly 2 1/2 “good” movies, but I digress.) Let’s not forget that the previous comic book movie that Fox released was Fantastic Four. That movie had noted problems with production including conflicts with the vision and scope between the director and Fox. That movie was budgeted for over twice what Deadpool was (about $120M) and has yet to make $60M domestically. By all accounts, that movie should’ve been at least passable. A modernized comic book favorite that already had a previous iteration for consumer awareness, young and recognizable actors with established resumes, and a director coming off a successful and under-the-radar film. But things went south, it bombed at the box office, and the finger pointing started before the general public even got their hands on it. The lesson that Fox and other studios should be learning is not that little to no restrictions will bring them Deadpool’s success, but that leaving the creatives the hell alone to create and guide their own vision will return a product that is less muddy. We don’t know who is directing Old Man Logan, but the chances that Fox will be as hands-off with the beloved Wolverine as they were with the Merc with a Mouth that they threw pocket change at and most people hadn’t heard about before, is pretty slim. The checklist and cookie cutter plot movies that have been the non-Marvel-Studios Marvel films are like seeing the brush strokes in a fake Monet. We know the signature by now. That is why Deadpool was successful, because it was so different from the X-Men or even the Spider-Man films. And it wasn’t because Ryan Reynolds got to say Fuck whenever he wanted to.