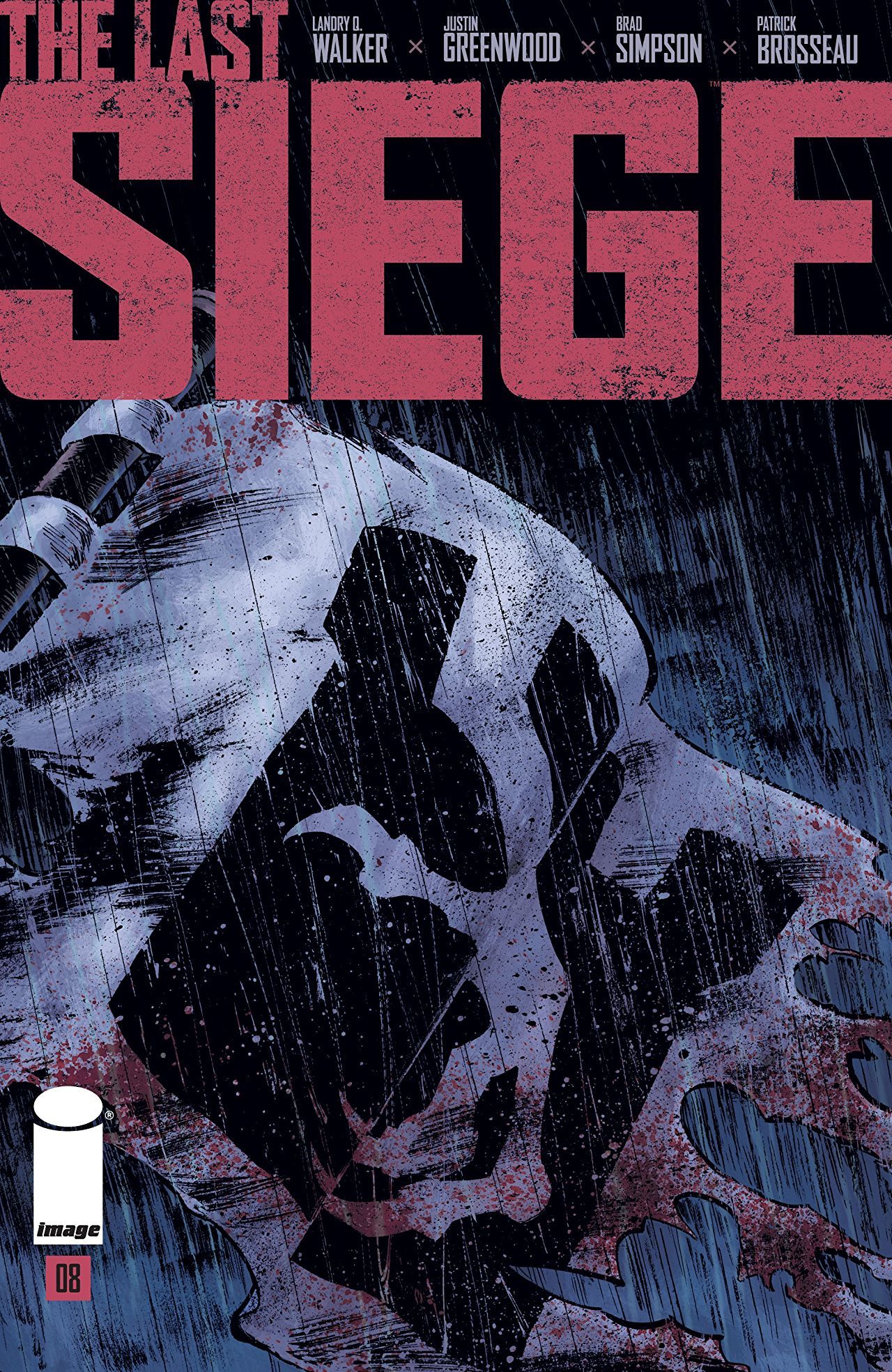 The tale of a small kingdom’s last stand ends on a somber note. More than anything, The Last Siege #8 proves that endings are hard. While there is a lot to like with this final issue, there are parts that leave more to be desired.

Let’s start with the good. After last issue’s explosive ending, we pick back up with the castle in ruins and what’s left of the enemy walking through the rubble. As expected, our heroes are on their last legs. Despite having the gun powder as their secret weapon, our crew finds themselves still outmanned and with the odds stacked against them. It’s in these desperate moments that we get the best out of some of our characters. 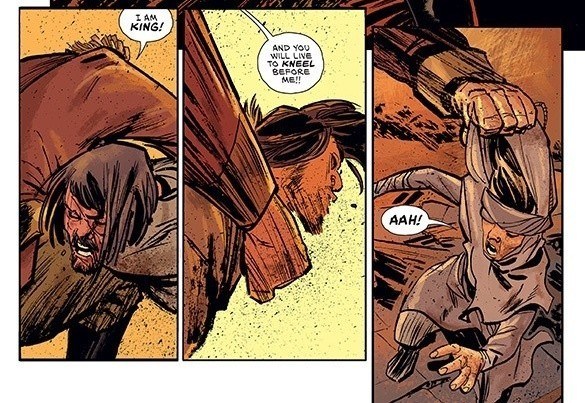 Lady Cathryn has been a character of interest throughout the series for a lot of reasons. After all, more than the Stranger, it’s the future of her Kingdom and her people on the line. It’s been fun to see her growth throughout the series, and in this issue, we get the best version of her. Honestly, I wish this version of Cathryn appeared from the beginning but I’m just happy we get to see her true self. This issue shows her strength, perseverance and most of all, her stepping into the role of a leader. 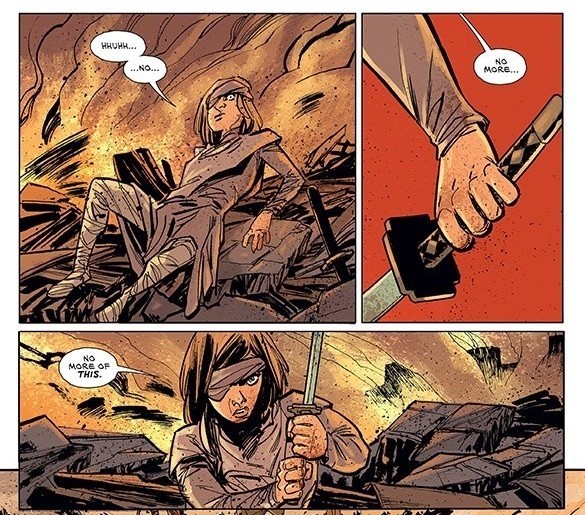 As for the Stranger and King Istavan, their personal grudge continues without much changing. I’m a bit disappointed in how these two are handled. There is no real resolution between their shared history, and despite Istavan’s backstory, until the end, he’s made to look like the bad guy. I feel like Istavan’s anger could’ve been given more context.

The ending is also a little predictable. That’s not to say that readers won’t be satisfied, but there are little surprises left. It’s also very abrupt. Once the conflict ends, so does the story. It’s not the type of ending I was looking forward to. Overall, it doesn’t set The Last Siege back from being an awesome read if you love some good medieval drama. Come for the bloody battles, stay for the good old-fashioned underdog tale.