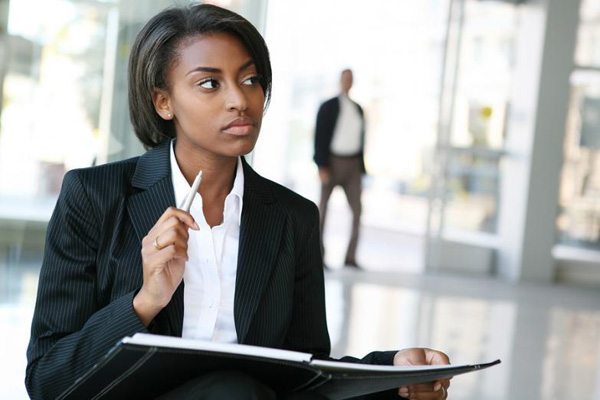 This is the first in our three-part series The Life and Times of Blerds in the Workplace. Follow along to Part II: Customizing Your Desk and Part III: Being an Open Blerd.
[divider type=”space_thin”]
Most of us live in bubbles. Our Twitter feeds are finely tuned to our interests – Black Twitter, Nerd Twitter, and Sports Twitter for me – and our social circles are carefully selected. We have friends that validate our political views, beliefs, and values… yet there are 2 major exceptions.

The first exception is that Facebook friend from high school – or friends, plural, if you’re severely nostalgic and masochistic – who grew up to be the evil version of you from an alternate timeline, like on Community. They’re out somewhere buying Iggy Azalea songs on iTunes or supporting Ben Carson’s presidential campaign. Whenever you watch things on the news and ask, “Who are these people?” or say “I don’t know anyone like that,” your high school friend appears on your Feed like you repeated Candyman’s name in the mirror. They appear solely to remind you of life outside your bubble.

[quote_right]”Your perspective has been erroneously undermined by your nerdiness in the eyes of your colleagues and it drives you crazy.”[/quote_right]Now some things are obvious and help inform coworkers of who I am in the workplace. My position, race, and how I dress are on display whether I want or not, so I learned long ago to navigate those accordingly. My Blerdiness, on the other hand, I can hide very well. I’m 6’2”, listen to Trap music, and have played sports my whole life. I also have 3 degrees, have traveled the world, and watch Sailor Moon. Thanks to people’s ill-informed caricatures of both nerds and People of Color, it’s my choice on whether to challenge perceptions, mix those paradigms, and change how a few folks see the world… or I could just get my work done.

That decision is what separates the two types of office Blerds I know: the Open Blerd and the Stealth Blerd. 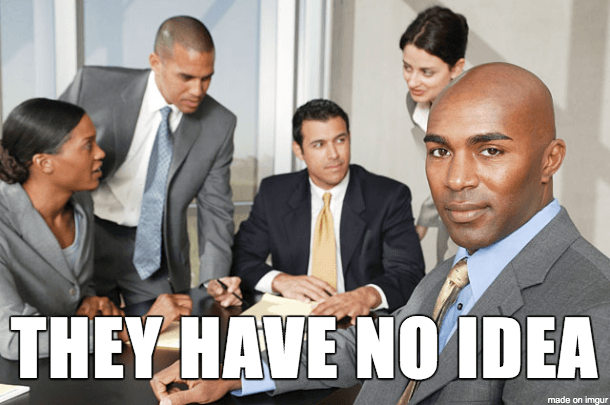 The Open Blerd lets their Wakandan flag fly! You’ve been seen in the office passing nerd apparel as appropriate work attire and leaving comics on your desk. In the open! Your desktop background is something from Deviant Art and you make nerd references in hopes your colleague might catch the humor. They don’t, and the Open Blerd looks silly now and then, but you don’t care. Your colleagues suffer from whackness, after all, but you can help them.

You know joy and want to share it, which means you might take the time to try to explain nerdy things to coworkers. Your perspectives on serious issues like social justice have been erroneously undermined by your nerdiness in the eyes of your colleagues, and it drives you crazy. If you’ve ever talked about Ba Sing Se or Pokémon Crystal at work – in the open! – you’re probably an Open Blerd. You’re the Chris Traeger of nerds. If your coworkers openly recognize both “hump day” and “new comic book day” as that 24 hours segment in the middle of your work week, it’s likely due to your exposure.

The Stealth Blerd is more chameleon than Mystique, on the other hand. When it comes to nerding they’re like Petyr Baelish – no one knows the what’s and why’s of their real personal life. They fear the day their social media pages are ever found by colleagues. You log into Twitter like Dr. Wells walks into his private chamber hiding the Reverse Flash suit.

“Good morning, Stealth Blerd. There is no record of John Diggle. Multiple mentions of Laurel Lance.”

And then you have to fake sick. You live a dual life and have to toggle between the nerdscape and your professional setting. Your inclination towards social justice as a Person of Color is likely your defining office characteristic, and you’re fine keeping it that way.

You’re also the most low-key hater in a 3-mile radius. Some casual colleague makes a false statement about the X-Men and you want nothing more than to correct them, only it would mean engaging in nerd conversation – in the open! – and revealing your depth of thoughtfulness on Cyclops’ leadership, and that just can’t happen. Likewise, Lord help you if there are a cohort of White male nerds saying problematic things on a regular basis. You keep your mouth shut, secretly judge them, and go on a Twitter-rant later that comes completely out of context to your followers. 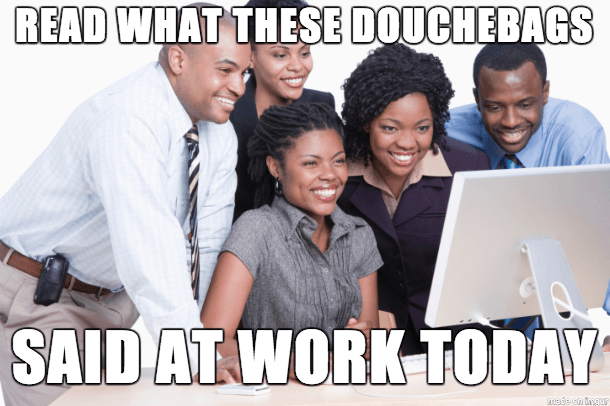 In the larger scheme there are much larger identities to share or hide at work – sexual preference, gender identity, religion, to name a few – and the truth remains for all of us that we can’t self-select our colleagues, only choose the extent to which we show our genuine selves. Yet whether Open or Stealth, being a nerd in an office is another interesting aspect of a perspective that is uniquely ours. Somewhere out there a Blerd will leave work early on Wednesday to grab their pull list, finish their cosplay, or get a head start on Halo 5. They’ll take a picture to post online, and start racking up the “likes” from inside their bubble. And just then, somewhere else, your old high school friend will be asking, “Who are these people?” as you show up on their News Feed.

Read on to Part II.