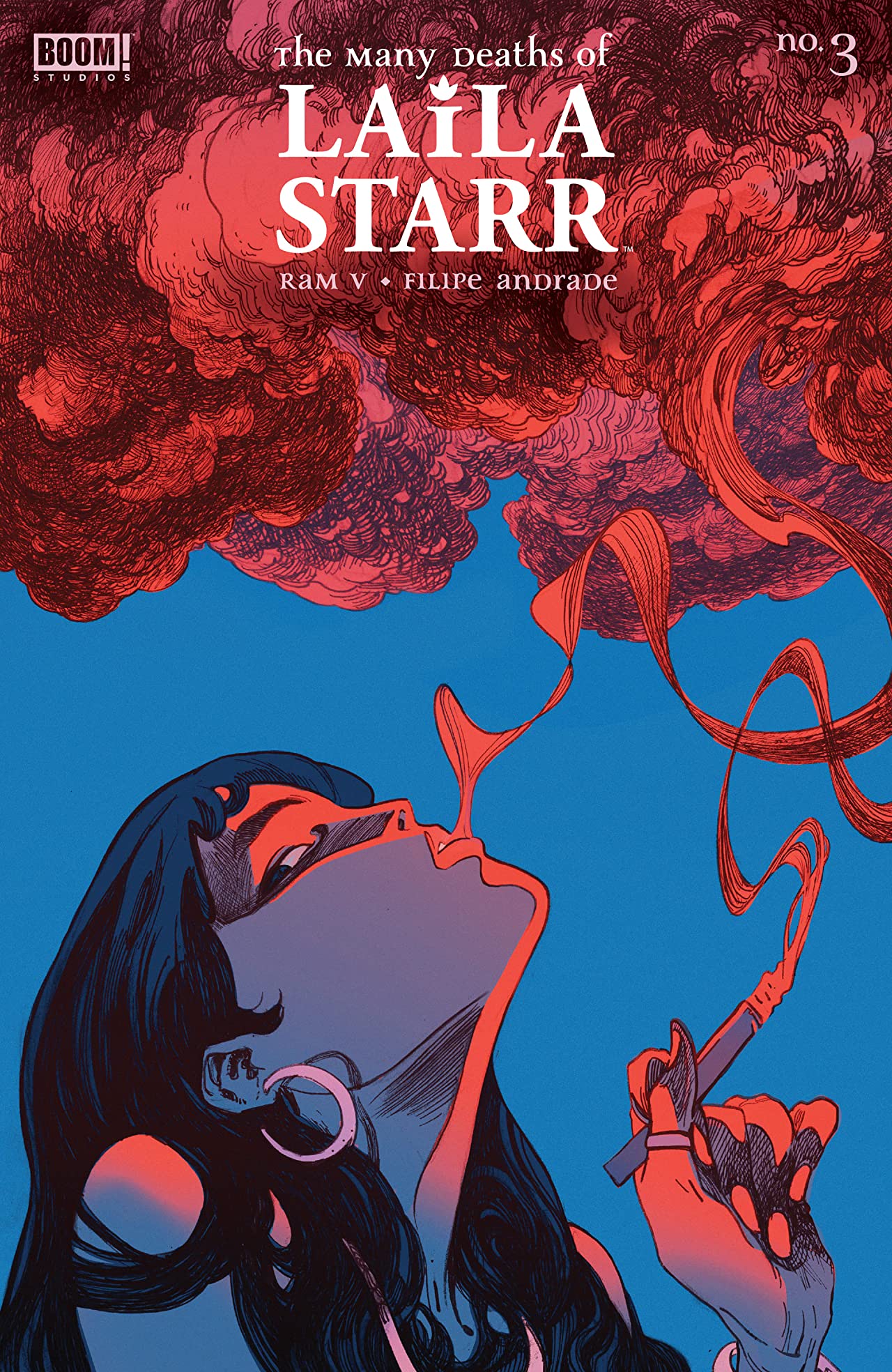 Maybe I should have realized that with a title like The Many Deaths of Laila Starr, that Ram V and Filipe Andrade would be concocting an anthology rotating around the titular character rather than a traditional singular narrative. However, nothing really could have prepared me for how much range that V and Andrade would be angling for and how their ambition would make me feel so many emotions over a cigarette.

Yeah, strangely enough The Many Deaths of Laila Starr #3 is narrated by a cigarette who was brought into this world by Death/Laila Starr before finding himself in the companion of Darius Shah whose story becomes the central pillar of the issue. But my god, Ram V’s opening dialog of a cigarette pondering its ephemeral existence is one of the most beautifully poetic prose I have had the fortune of readings. These are words that in isolation would have gutted me with how expertly crafted they are at evoking a celebratory melancholy, an accepted understanding of a short existence. But truly the beautiful part of all of this is that it is not just text. Andrade’s art adds even more dimension to the story, and every panel is a technicolor experience that elevates the text and further executes the bittersweet nature of the cigarette.

And y’all, that’s just the opening salvo to The Many Deaths of Laila Starr #3. Darius Shah’s story, in its own right, is a brilliantly crafted narrative that makes for an excellent contrapositive to the prelude and continues to hold the series’ deft ability to convey the realities of living in Mumbai. It also continues to truly show the general toils of existence. It is thought provoking, moving, and all manages to get complicated in the central of Laila Starr’s meandering through the world.

Enjoying The Many Deaths of Laila Starr? Check out BNP’s other reviews here.