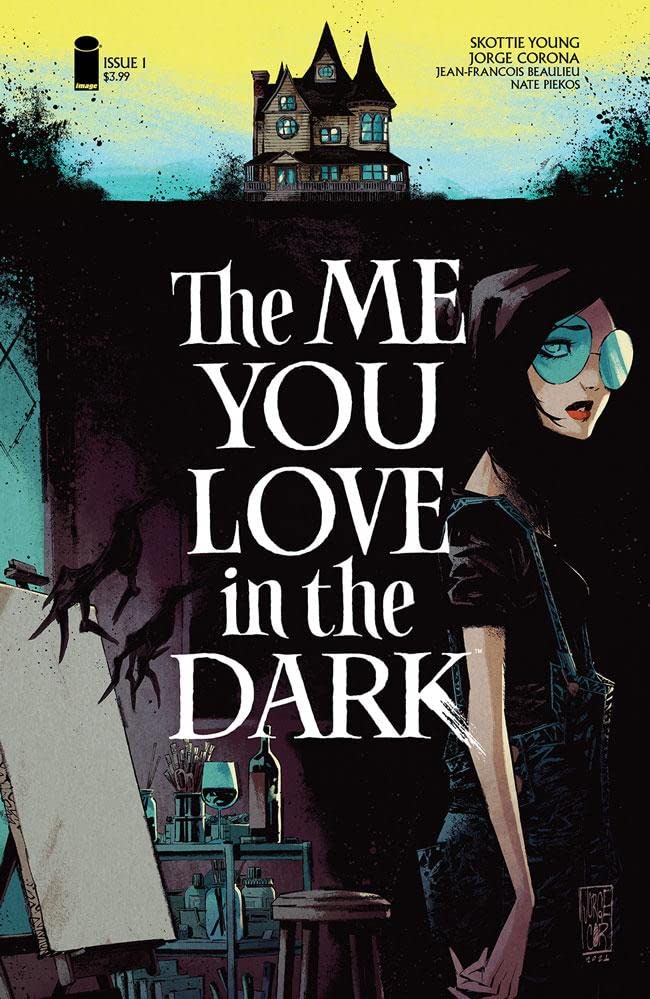 It’s a familiar premise to anyone who has consumed horror media. A young woman looking to start a new life finds the perfect house, but there’s a catch: the house is haunted. Depending on the exact type of the story, the reaction of the protagonist varies, but in the case of The Me You Love in The Dark, Ro is unperturbed by the prospect and moves in with minimal fanfare and sets out trying to be an artist.

If that ain’t some Stephen King type of energy from the get, I’m really not sure how else to described it. Thankfully, the solicit did mention King (and Gaiman) as influences, so at least I’m somewhat on base. The Me You Love in the Dark #1 has all of the hallmarks of a solid start: a solid hook, a likable protagonist, and visually engrossing pages. I am a sucker for content that tackles the creative process and how different artisans and practitioners of their craft attempt to make and use their work as a means to process the world around them. The Me You Love in the Dark #1, outside of having a very long title to type, sets that stage perfectly and lets the genre convention ease us into the story, and Corona’s artwork sell Young’s narrative.

We don’t really get to know Ro Meadows outside of her artist’s block, and she has sequestered herself in this haunted house in order to try and get some work produced. But we don’t really need to know much more than that. The true heart of the narrative doesn’t reveal itself till the end, but Young has laid a very solid foundation for the subsequent ghost story that will play out during the mini-series. Meanwhile, Corona is clearly having a blast bringing the panels to life. The dynamic framing of shots, the muted tones, the underlying menace.

I am intrigued by the world that Skottie Young and Jorge Corona have crafted. It’s well constructed, and I will be keeping an eye out. If nothing else, The Me You Love in the Dark #1 is worth leafing through to see if you want to follow Ro as she explores the house.