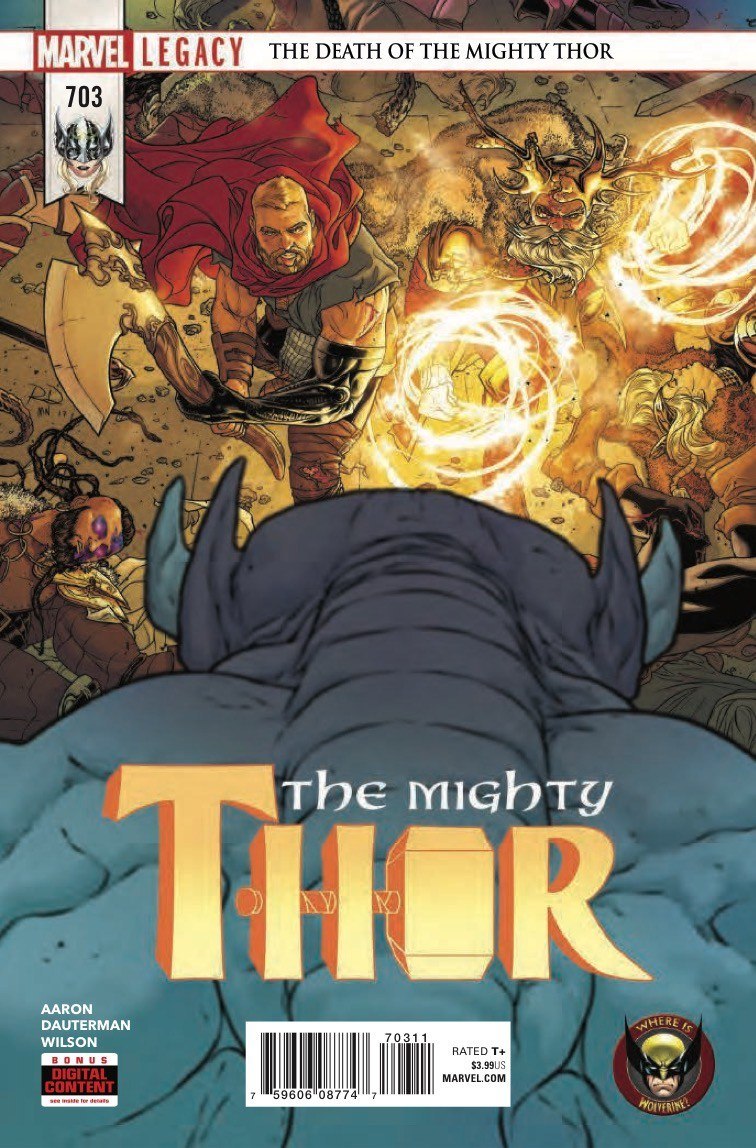 At this point, Jason Aaron is out here aiming for GOAT status with The Mighty Thor. He’s obviously been carving out a truly epic saga worthy of a god over the past few years, but the past six or eight months of material have been some of the best Thor (definitely the best storytelling) I’ve ever read in probably the past 20 years. So, the current storyline makes things sort of bittersweet.

You would think a storyline entitled “Death of the Mighty Thor” would be too telegraphed to offer anything truly iconic. Fortunately, this is nowhere near the case. The Mangog’s vicious arrival in Asgard is certainly entertaining fare. We’ve seen some tough customers step up to the plate as big bads throughout Aaron’s run but Mangog is making a bloody, eye gouging case for a place in the top three baddest baddies in the Ten Realms. Anyone that makes Odin cower in fear as if Omar from The Wire were coming down the Rainbow Bridge deserves more than some consideration. 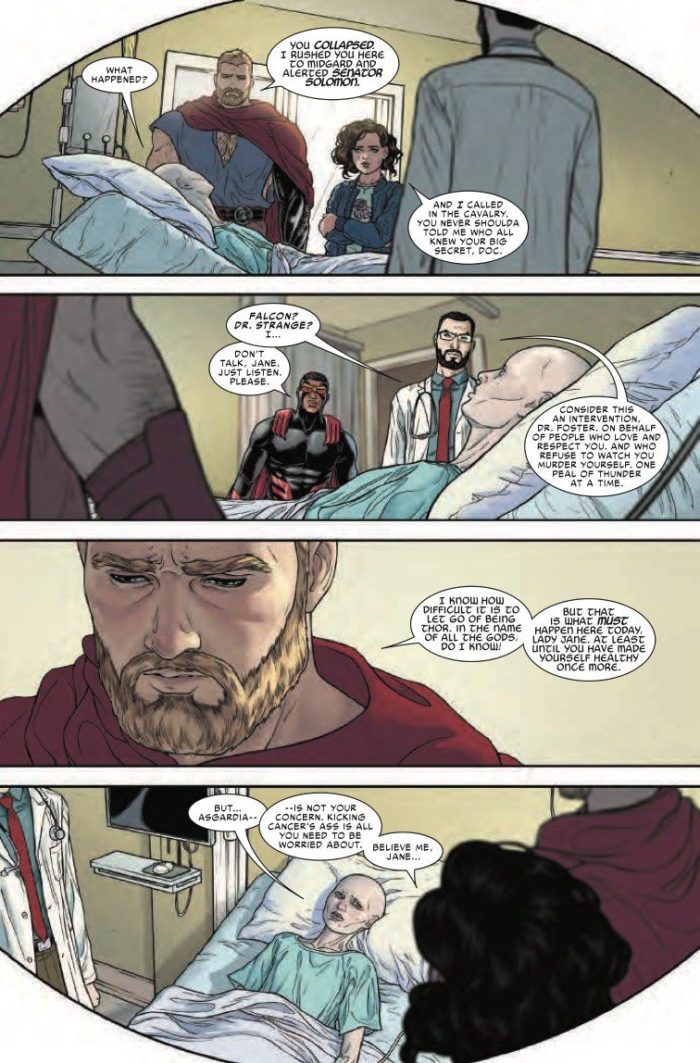 Even with the carnage being as wonderful to read as it is, the true battle takes place in a hospital bed as Jane Foster finally receives an intervention from her friends. This is great reading for a couple of reasons. First of all, this is yet another testament to how well written the cameos in this series have been. The exchanges between such a colorful cast of characters are top notch as they plead with the Goddess of Thunder to take her health more seriously. Second, even though Jane wrestling with the temptation of the hammer is a fantastic character study, we have to give a round of applause for the Odinson’s personal growth. When this series started, he was looking to fight whoever had replaced him as the God of Thunder. Now, he’s cursing at the hammer, threatening it if it comes anywhere near bedridden Jane. Unworthy Thor has never been more worthy.

Russell Dauterman’s artwork has been legendary so far throughout this book, but being able to go between the scale that the gorgeous destruction of Asgard requires and the intimate emotion of Jane’s personal struggle has put him into….wait for it…God Mode. There is simply nobody who brings out the very best of a Jason Aaron script the way he does.

Bottom Line: Issue #703 is Aaron and Dauterman doing what they both do best. It’s almost as if Aaron’s script is the hammer and Dauterman is the only one worthy enough to pick it up and create wonders with it. This is the kind of genius work Black Album era Jay-Z would warn us we’re going to miss when it’s gone.