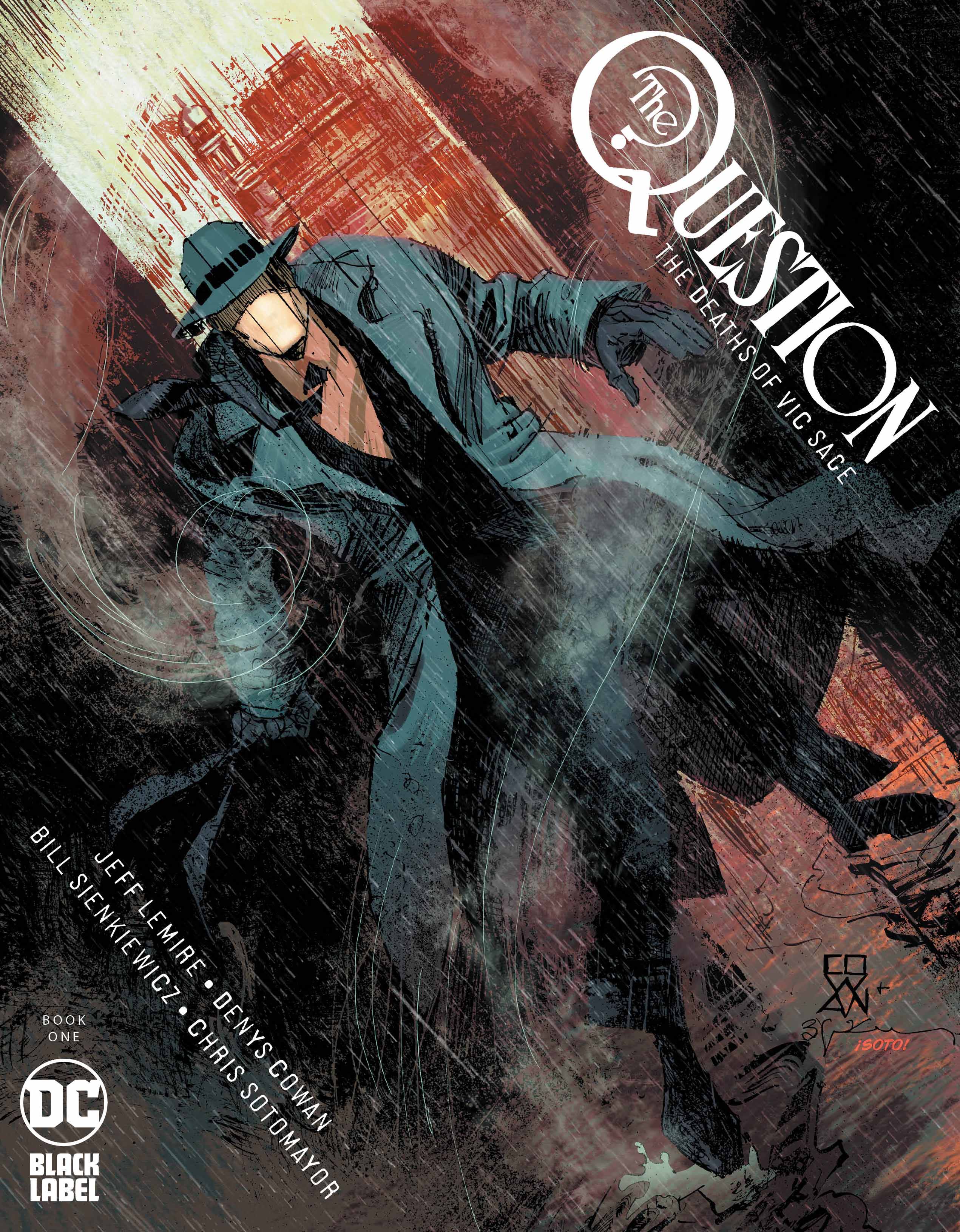 VIC SAGE IS BACK

I don’t know about the rest of you, but I have been waiting for Vic Sage (a.k.a. the original Question a.k.a. the reason I have a deep-seated love for all things film noir) to make a comeback in printed comics for a minute. I have adored the character ever since his introduction in Justice League Unlimited and both Double Date and A Question of Authority will go down in my memory as two of the greatest episodes in animation history. Both Vic Sage and his protege Renee Montoya have had passing presences in the latest iterations of the DC Comics’ canon, so it’s very nice to see that the Black Label has taken advantage of The Question’s lack of screen time and given him a chance to shine with The Question: The Deaths of Vic Sage.

The Question is a character that has evolved in myriad ways since his creation, most notably in the fact that he served as the inspiration for another benchmark character in fiction: Watchmen’s Rorschach, a character explicitly designed because the Question wasn’t available at the time. This circular feedback is apparent, and Lemire’s Vic Sage lands a little north of cynical, but the core of the character remains very much intact.

There is good. There is evil. And if you’re unsure which side you stand on, then chances are it’s the wrong one. 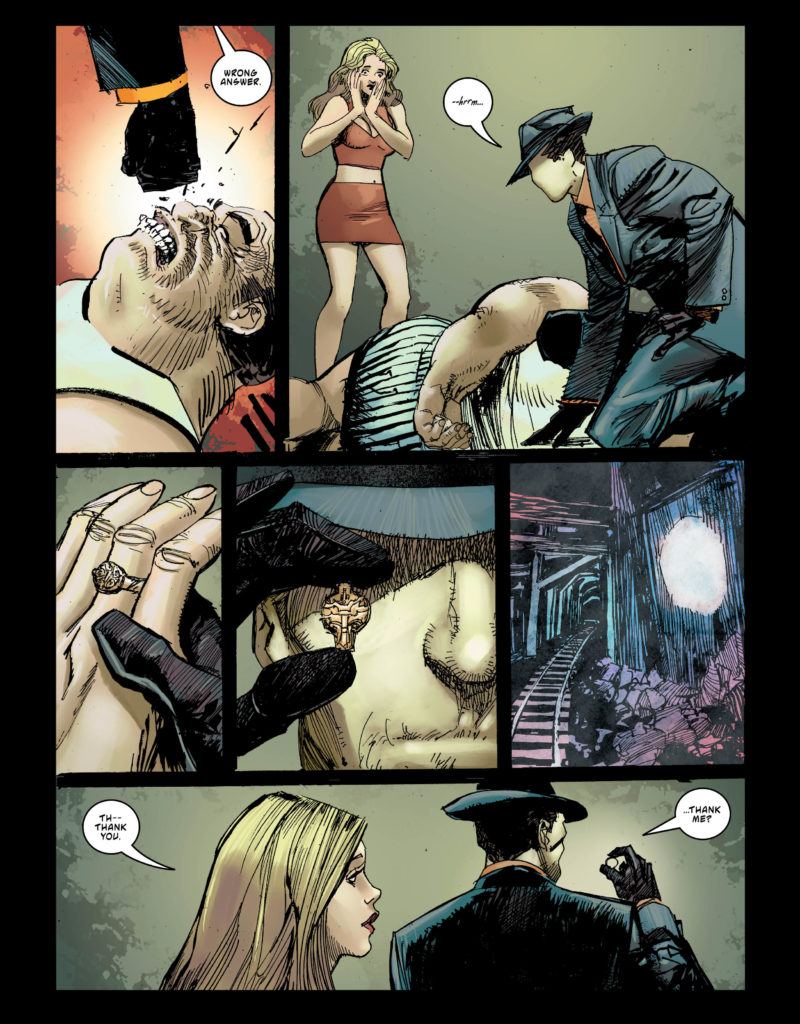 There is a lingering air of brutality in The Question: The Deaths of Vic Sage #1 right from the jump. The Question is shown to be a capable brawler and Vic Sage is the scariest type of TV reporter that exists for interviewees: well-researched and completely uninterested in your comfort. His moral code is rigid and unforgiving. The Question is trying to uncover the secrets and conspiracies of Hub City, and the creative team absolutely sells this.

Lemire’s writing is a perfect match for Vic Sage’s cadence. The curt, pointed observation and clear, concise narration is perfectly paced and shows the meticulous nature of the character and the fact that he is a top-tier detective in the DC universe. And then on top of that, you have Cowan’s pencils, Sienkiewicz’s inks, Sotomayor’s colors, and Schubert’s letters, all of which completely sell the gritty, crime noir feel of the story. It’s a perfect modernization of classic film elements, updated and altered to fit into comic book panels. Each page has a distinct aura of mystery and intrigue, and The Question’s investigation into the inner workings of Hub City is exactly what I hoped this would be.

All of that said, some of the plot elements introduced late in the issue raise concerns about how Lemire will handle sensitive subject matter, but right now we just have seeds of these idea. I’m going to be paying very close attention to how he handles the less superheroic aspects of the story. However, the book is gorgeous and Vic Sage’s return to a solo title is still incredibly strong overall. I’m going to be waiting eagerly for the next three parts.