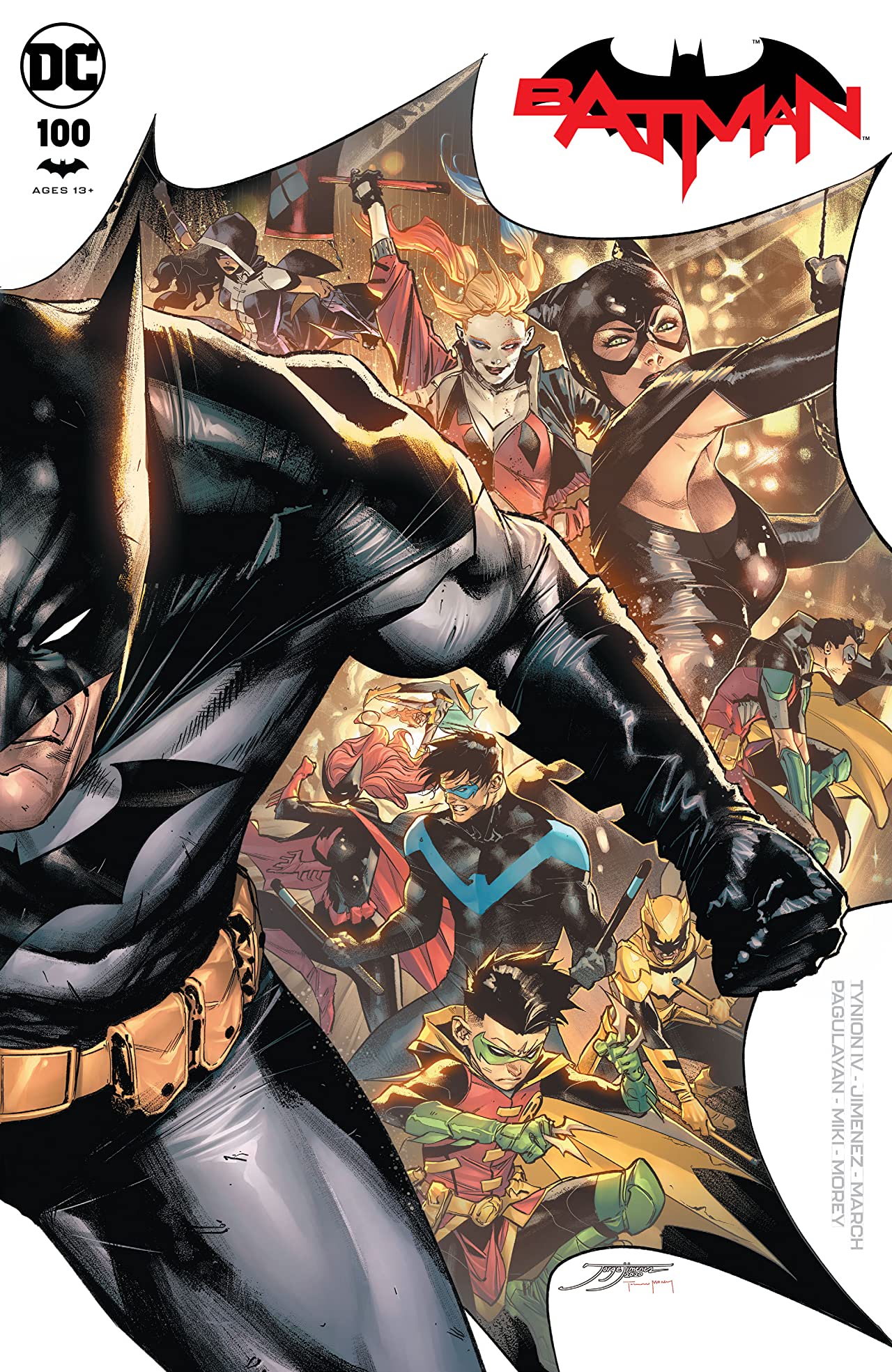 From now on when you write comics, THAT’S HOW YOU WRITE COMICS! *Mike Lowry voice*

Batman #100 is the culmination of a journey that I started years ago with Tom King’s run on the series, and I’ve got to say it’s been a truly enjoyable experience watching it develop into what it’s become.

Issue #100 comes jam-packed with action, plot and character development, closure and even a couple of epilogues.

The last thing we saw was Batman facing of with the corpse of our beloved Alfred Pennyworth that the Joker reanimated to torture Batman. Fortunately, the Caped Crusader is mostly unphased as he takes on his greatest foe.

Throughout Gotham City, the “Bat Orphans,” as the Joker hilariously called them, are taking back the city block-by-block as Barbara Gordon has returned to her role as Oracle and is pulling all of the strings. Oh! And Dick Grayson is fully back into the fold. Duke even get some shine!

As Batman and Joker fight to their bitter end with a Joker-ized Batsuit and all, it’s obvious going in that Joker is going to survive for a variety of reasons. But as the fight continues, for a brief moment, I actually asked myself “…. are they really going to do it?” That’s how good the writing is here.

Of course, the Joker isn’t dead, and the issue doesn’t ever try to imply it. But he is dealt some permanent/long-term damage, which is a bold move and well-deserved based on how well this run has gone as of late.

We see Batman get pushed to his limits in a way that only the Joker can do, Dick Grayson gets his shining moment of return, and even the Gotham City P.D. get to redeem themselves. Overall, this issue is a breath of fresh air, because it’s a return to what’s familiar after dealing with shake-ups to the Batman universe for so long.

By the end, the universe is perfectly reset for Tynion to either hand off the reins or keep the ball rolling as all of the key pieces are in play for another long run.

As a sucker for epilogues and short one-offs, this issue was also a treat because we get multiple conclusions to tie up other loose ends. For example, we get to see Batman confront the teenager who ran around the city murdering Joker henchmen for weeks. We also get to see Punchline’s conclusion and get a wonderfully evil Joker monologue.

All in all, this issue is one I’m going to go buy a physical copy of and keep just to remember the moment.