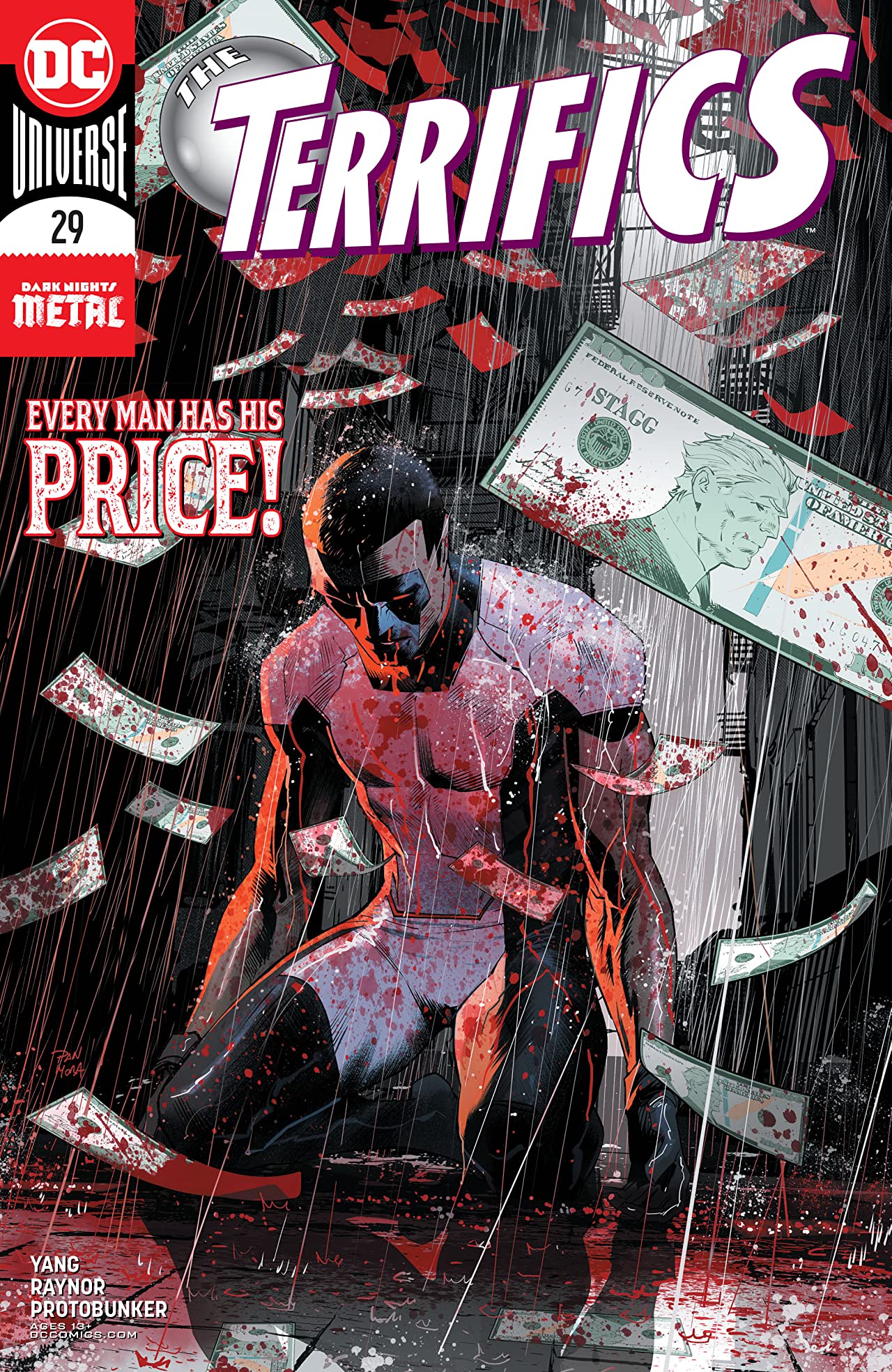 The Terrifics continues to be one of my favorite ensemble books on the market.

It doesn’t take itself too seriously by fighting Justice League-level villains but still manages to create stakes high enough that they are interesting to watch play out.

Issue #29 of The Terrifics plays out as if Greg Berlanti produced an episode of Succession. With the cast of all the Arrowverse shows. ‘Crisis On Infinite Boardrooms’.

The A-plot follows the aftermath of the death of billionaire businessman Simon Stagg. His prodigal son returns to stake his claim in the family’s legacy after being shipped off to boarding school in the dark and twisted Gotham City.

The B-plot follows the Terrifics as they save Gateway City from a meteor headed straight for downtown. After discovering what they thought was a meteor was actually debris from Mr. Terrific’s satellite—because, of course he has one—they come face-to-face with a fan-favorite DC anti-hero. (Hint: He refers to himself in the third-person and his rivals as “bastitches.”)

I’m honestly impressed with how much ground this story covered. We get two mostly separate storylines, that seem unrelated, make steady plot progress, and somehow come together seamlessly at the very end.

This issue is definitely set up with a lot of potential for twists and turns down the road and it’ll be fun seeing them develop.

Reading The Terrifcs? Check out BNP’s other reviews here.