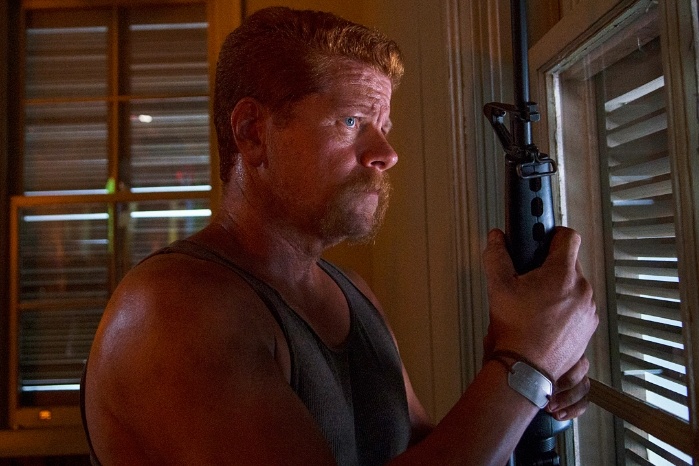 Change of plans, folks! Our resident Tim Howard, (credit to Jordan Calhoun for the material) Taj Williams, went down with a high ankle injury (he’s actually physically fine, so don’t send any flowers) this week so you’re stuck with me now and for the foreseeable future.

Let’s get right into it. We open this episode up with WAAAAY too much talking from Gareth right before Bob halts his shuckin’-n-jive’in session with the revelation that he and his crew just ate ‘infected’ meat. Bob had apparently been bitten on the shoulder back at the food bank in episode 2. His weeping outside the church at the end of that episode was mistakenly interpreted by me as alcohol depression in my last recap. Anyway, it’s safe to surmise that only Rick and his crew know that everyone’s already infected so naturally Gareth and his crew being the self-purging process once Bob lets them in on the walker bite on his right shoulder. Stookey had a that, I’m dead anyway, moment where he sort of loses his shit for a moment, not unlike another moment in Lawrence Gilliard Jr.’s acting career:

Gareth’s squad decides to drop Stookey off on the church’s front lawn on some, ‘you can have him back’ tip. Our favorite walker hunters have a bit of internal beef when Sgt. Ford decides it’s best that they leave for D.C. now before the crazies overrun them. He and Rick measure each other’s dicks for a moment before Glenn and Maggie decide to bribe Sgt. Ford to stay the night and help them in exchange for them leaving with him the next day. It should be noted that Tara made this offer first and absolutely no fucks were given by Sgt. Ford or anyone else.

After things calm down, the crew decides to strike back in the night instead of waiting for daylight. Half of the group, led by Rick, ventures out to launch a counter-strike on Gareth’s camp and take them out for good. Luckily, Rick’s a genius and knows Gareth and his crew would be waiting in the bushes to take the church while all their firepower is concentrated on the school. Gareth walks into the church like a conquering hero and begins issuing deals to the cowardly lion, Father Gabriel, to save his own head if he decides to show himself. In comes Rick and the gang on the double-back:

This is actually the reason I’ve been amped for this season since the finale of season 4. Rick Grimes is gonna be Rick Grimes, again. And in case he didn’t make that clear with the headshots, he proceeds to tell Gareth that they weren’t all shot as soon as they came in the church because:

We didn’t want to waste the bullets.

And then chops dude’s skull in half. Welcome back, Rick. *slow clap* Welcome back. I for one am glad to see the Gareth-squad go, the whole cannibal thing never sat well with me and I’d really like to see Rick face off against a worthy antagonist who’s as both parts ruthless and a leader as he is.

Shortly after this melee, Tyreese gets the honors to put our mans, Bob Stookey, down. It should be noted that he does so with the softest knife into the skull that has ever been featured on the show. Michonne also reunites with her katana, aptly described here by BNP’s William Evans:

Rick, having had his fill of blood, decides to be generous and allow Sgt. Ford and the gang to take off with the church bus to D.C., we also say bye to Glenn and Maggie for the foreseeable future as they keep their promise and head off with Ford’s group. Ford leaves the route they plan on taking to D.C. on a map with Rick along with a shitty apology about being an asshole that read something like, “PLEASE COME! I LOVE YOU. I SO SORRY!”. We close up with Father Gabriel tryina’ get in Michonne’s ear about some more punk non-sense until Daryl emerges from the bushes and saves our ears some bleeding from more of that cowardly non-sense. Daryl, at first, seems to be solo but calls to someone still in the bushes to reveal themselves but the show decides to force us to tune in next week to find out. I’ve got a hunch that it won’t be Carol.

Catch you next week, for Episode 4: Slabtown, my walkers!