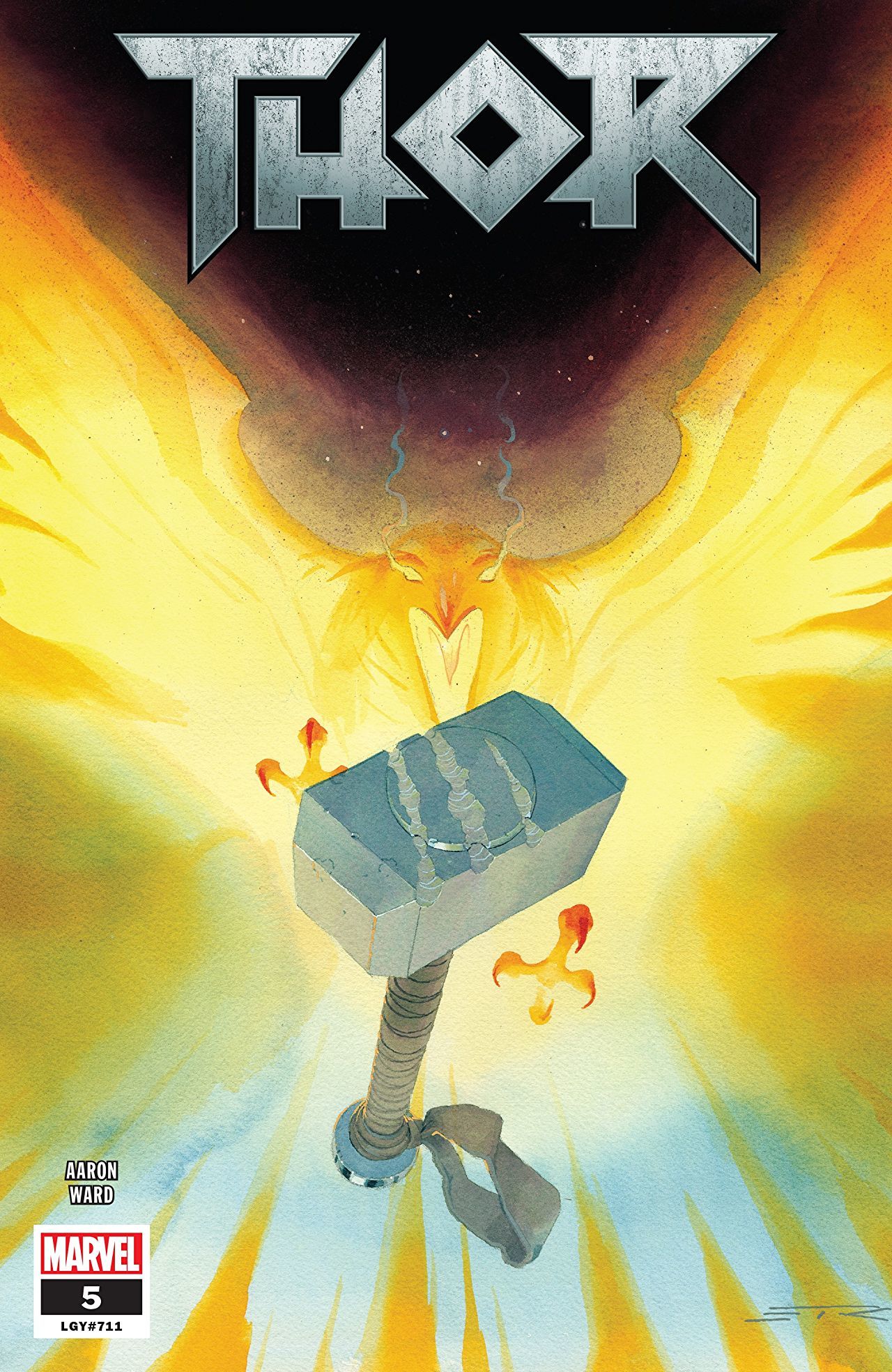 When it comes to world building and mythology, Jason Aaron is a hands down pro in the game. His writing of Thor is a prime example. Issue #5 hits fast forward on Thor’s mythology taking us into the future where King Thor struggles to save a dying universe…even if it means taking on the Phoenix. The battle itself is exactly the kind of epic, legendary storytelling we’ve come to expect from Aaron’s insane universe of gods, death planets, and other heavenly bodies. It’s a strange yet organic amalgam of varying characters and timelines that lead up to this bitter future vision. Characters we’ve grown to love still feel natural and engaging despite the cosmic wasteland of ridiculousness going on around them. 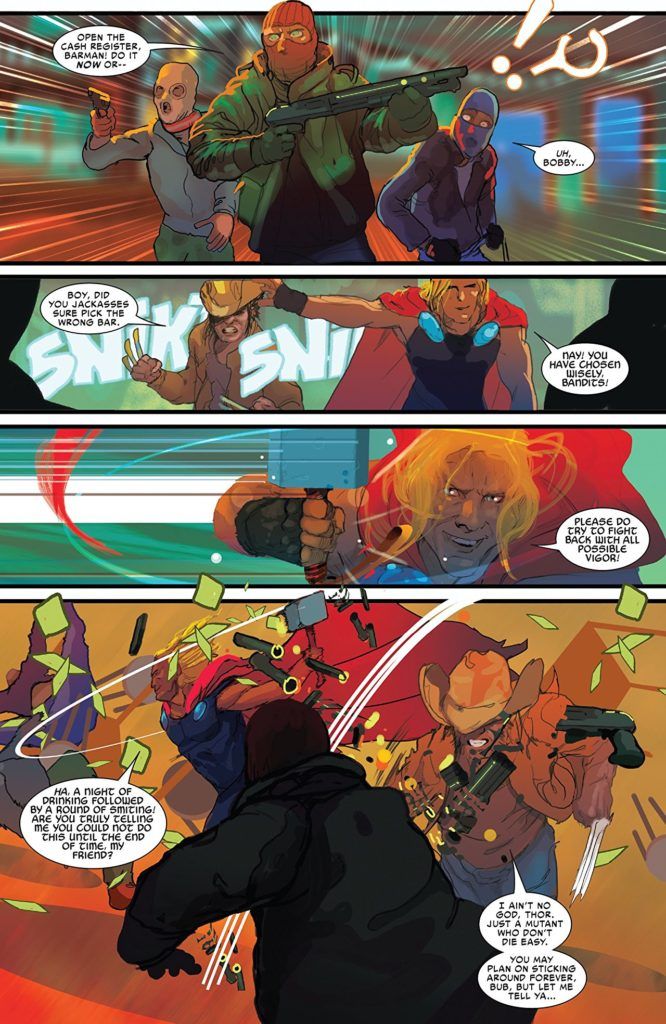 Special guest artist Christian Ward’s work is gorgeous and wonderfully well suited to capturing the big ideas in Aaron’s script. Every page, every explosion, every grand entrance carries with it a gravitas we haven’t quite seen in such a way since Esad Ribic’s tenure on the Aaron’s Thor books.

Bottom Line: As we move closer to the end of Aaron’s stellar run, the momentum has not stopped for a single issue. These are the kinds of over the top god-mode battles that comic book fandom are made of. That’s what a Thor book can be, should be and is thanks to an incredible creative team.

9 Should Have Gone For The Heads out of 10

Reading Thor? Keep up on our reviews and commentary on the Thor tag.