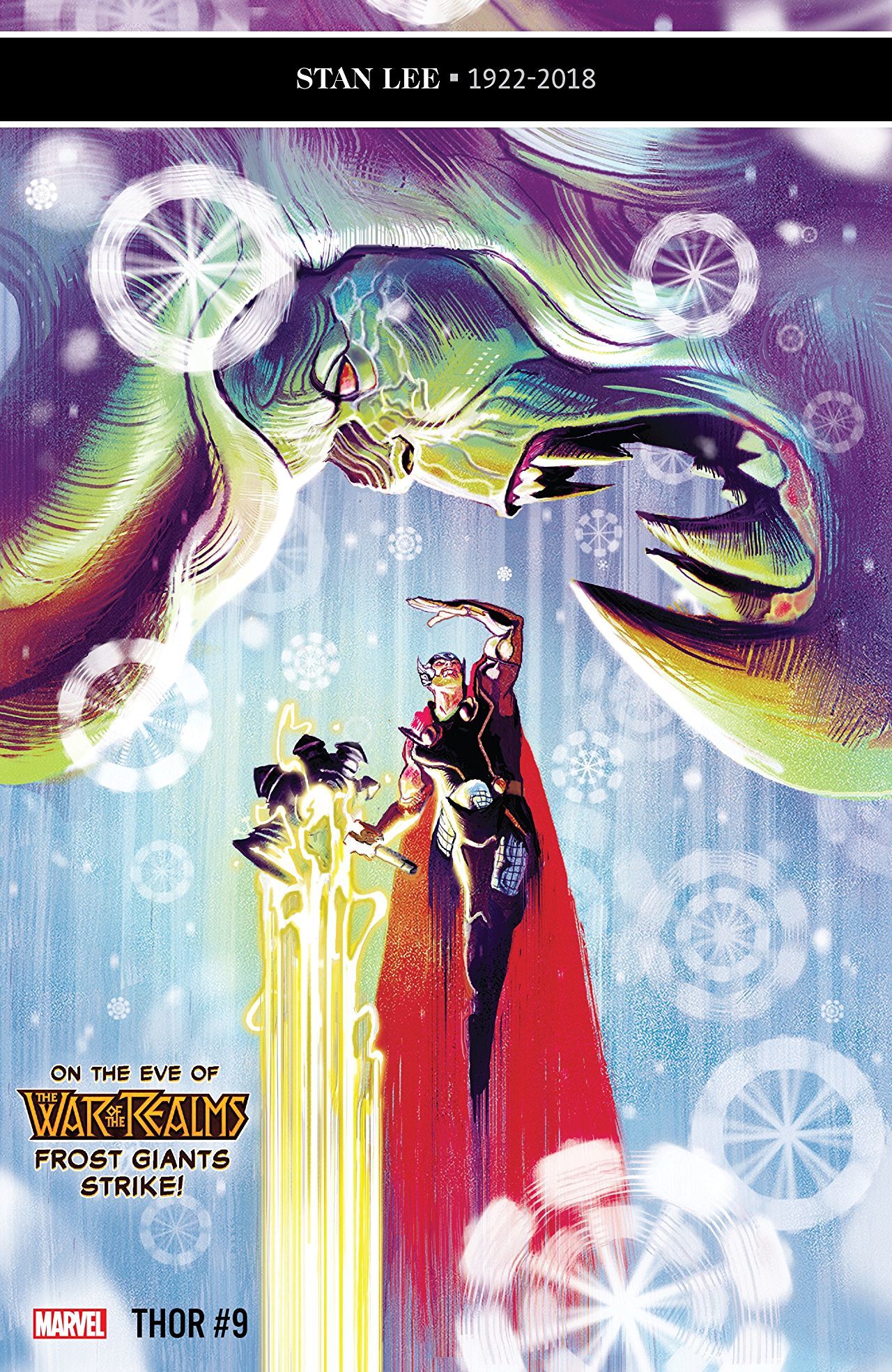 The thing I love about Jason Aaron writing Thor is that his twists and turns all feel like the natural progression of these characters’ journeys and not attempts at shock value where plot points are plugged into blank spaces a la Mad Libs. And nobody in the supporting cast stays on the bench for long. Issue #9 is a great example of this as it takes a slight detour to mainly focus on Rosalind Solomon.

With S.H.I.E.L.D. dead and gone (until it comes back in about five years or so), Roz is left sort of in the wind until she gets a serious upgrade from friends in high places. Eventually, she comes across some uncomfortable revelations about the War of Realms as well as herself. Aaron put together a pretty fun book that veers off the beaten sword and sorcery path to have a little fun as a spy adventure. Roz is an enticing lead character that almost makes me a little sad that we didn’t get any solo ventures with her sooner, considering we’re close to the end of Aaron’s time on this book. 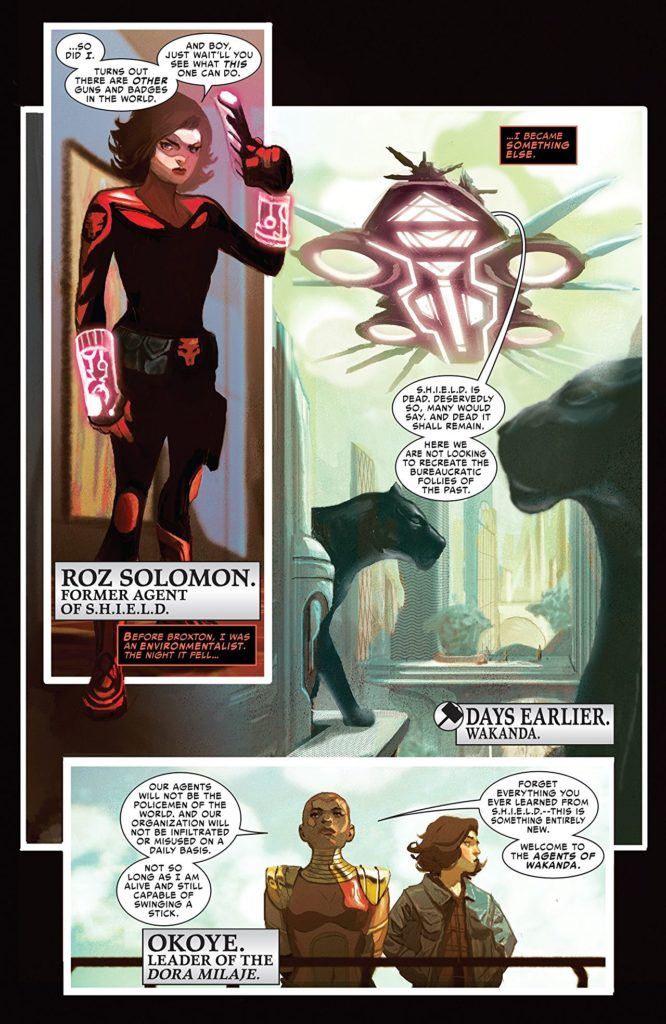 Although this is mostly a lighthearted swashbuckler, there are definitely tidbits throughout the narrative that remind you that, with all she’s seen and experienced dating back to Aaron’s “God of Thunder” series, Roz is a fairly tortured soul. Mike Del Mundo is still killing it on the artwork. As you go through each world Aaron’s script offers, Del Mundo deftly changes the tone and the mood of the book to create a story that weaves emotion throughout each panel.

Bottom Line: Aaron builds his characters so well, it seems like he could give just about ANY of them a solo adventure and it would work without incident. This is yet another well paced, well scripted, well-drawn masterpiece that completely makes the case for Aaron’s time on this book deserving Hall of Fame status.

9 Wakandan glocks out of 10