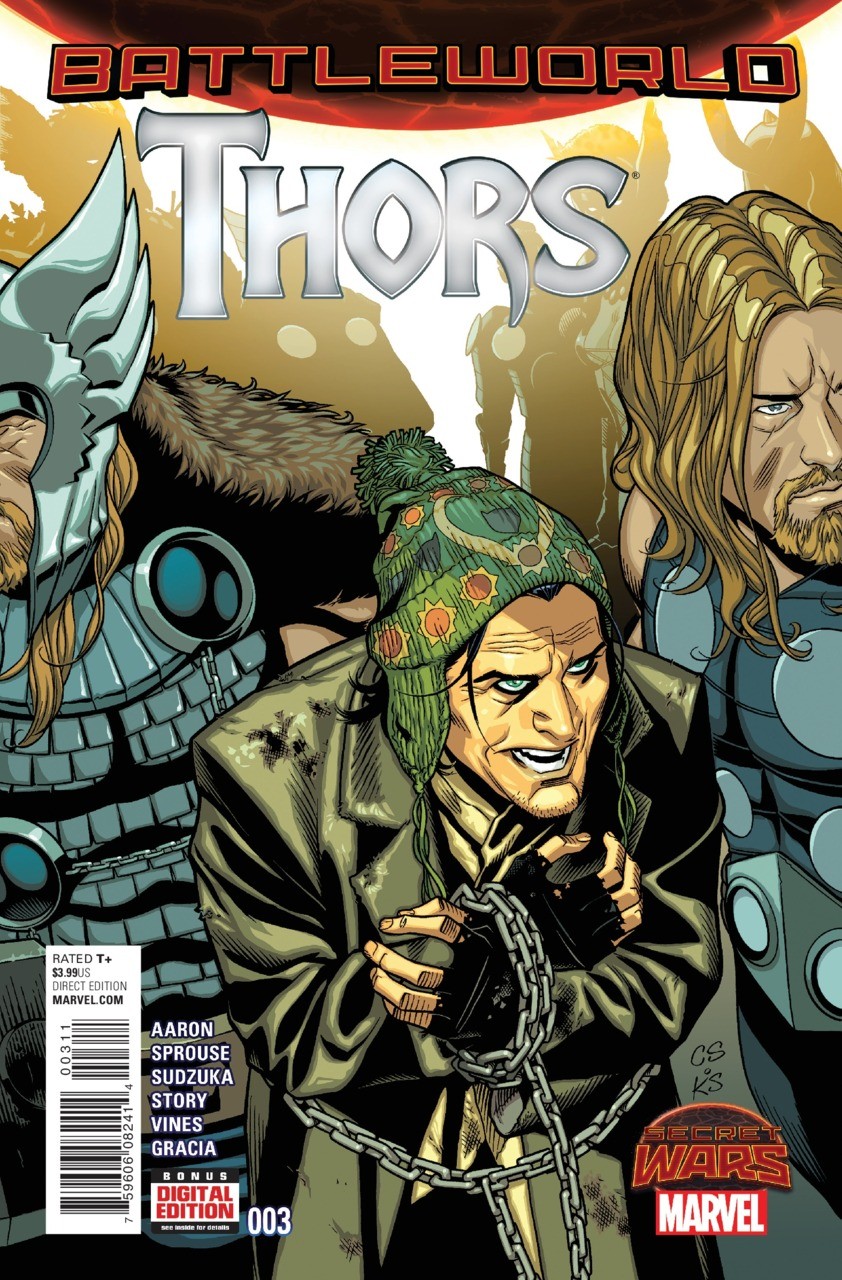 So Jason Aaron has been making miracles one issue at a time with his Secret Wars tie-in, Thors. The optimum blend of superhero epic and cop procedural drama, Aaron’s current series has found the perfect way to involve his pet project with the current universe wide crossover while still keeping fans of the mythology engaged. But can anything this good actually manage to stay this good?

This issue continues the story of Doom’s private guard hot on the trail of a serial killer whose murders traverse the various regions of Battleworld itself. Thors is great at fully embracing its own silliness (there’s no other word for a Law & Order case about Thor) while still maintaining the seriousness of the situation at hand with the appropriate gravitas. Even the cover seems to let you know that Aaron is totally in on the joke, depicting Loki in custody in the way you’d see on the cover of a newspaper. Speaking of everyone’s favorite God of Mischief, the highlight of this issue is, by leaps and bounds, Thorlief interrogating Loki in the Thunder Room. 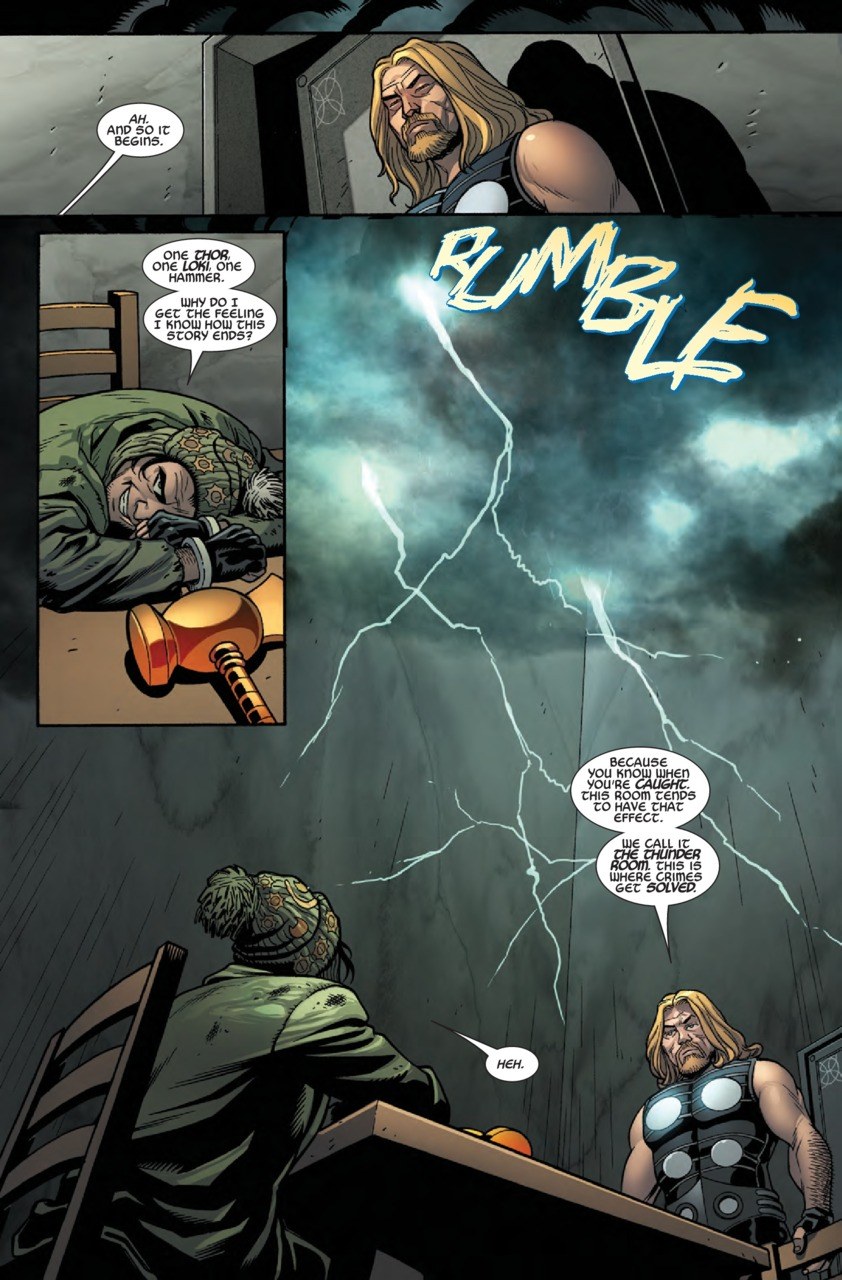 As is the case with most things nowadays in the Tom Hiddleston era of the villain/anti-hero, he adds a degree of intensity to the scene that not every villain in the Marvel Universe is capable of. The situation does an excellent job of characterizing our field team. Rune Thor in particular reads like the hammer-wielding version of Vic Mackey from The Shield. On the visual side of things, the artwork is still mainly solid, but suffers from Chris Sprouse sharing the canvas with Goran Sudzuka. Neither of these guys is a slouch in the art department by any means, but there are panels when it’s obvious there are too many cooks in the kitchen.

Bottom Line: Though the art isn’t as infallible as it’s been previously, Aaron’s series is still genre-bending greatness.

8 Asgardian Richard Belzers out of 10.