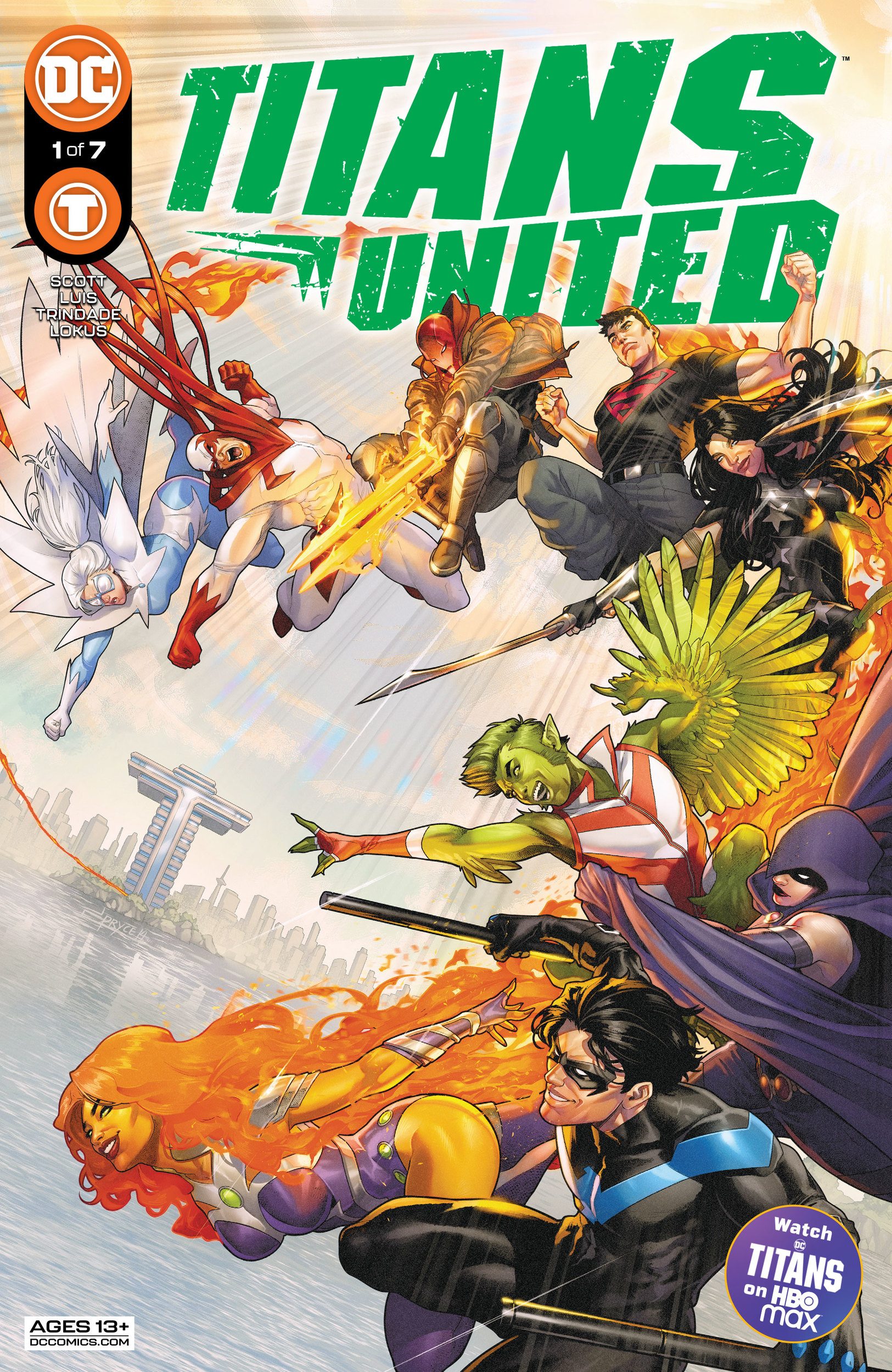 Don’t worry if you aren’t keeping up with any of the other Titans-related books on the shelves. This one stands alone outside of the larger continuity, so you can enjoy it without having to scramble to find anything else it may tie into.

Titans United #1 is a pretty good first issue. Scott did a great job hooking the audience into the story. The action starts immediately, and the mystery and intrigue then drive the story through the rest of the issue.

As I mentioned before, the inciting incident of the book is a man who randomly starts to exhibit superpowers. Over time we see that they’re the powers of the Titans. Superboy’s heat vision, Beast Boy’s shapeshifting, and Starfire’s solar energy.

What adds another level of mystery to the book is that he doesn’t seem to know why this is happening, nor does he want it to happen. He’s a victim himself, even though he’s endangering others.

The majority of Titan United #1 features the Titans fighting this man and trying to stop him from overloading all of these new abilities that he has.

Lately, I’ve been reviewing a lot of these books that tend to stand outside of continuity. The main reason is because I think these books tend to have stronger and tighter stories. Not that I don’t like the ongoing series as well. But these short mini or maxi-series allow the creators to know from the jump what they’re getting into, providing them a level of security and room to tell the story they want to tell without having to worry about coming up with a grander narrative.

Titans United fits the bill when it comes to all of that. You know these characters so well already, so the book doesn’t need to waste any time introducing you. And Scott has a good handle on them as well. Nobody feels out of place, and their characteristics are so well defined.

I’m definitely going to continue to check these out because with Titans United, it seems like we’ve got another solid book in this format.

10 San Francisco Supernovas out of 10