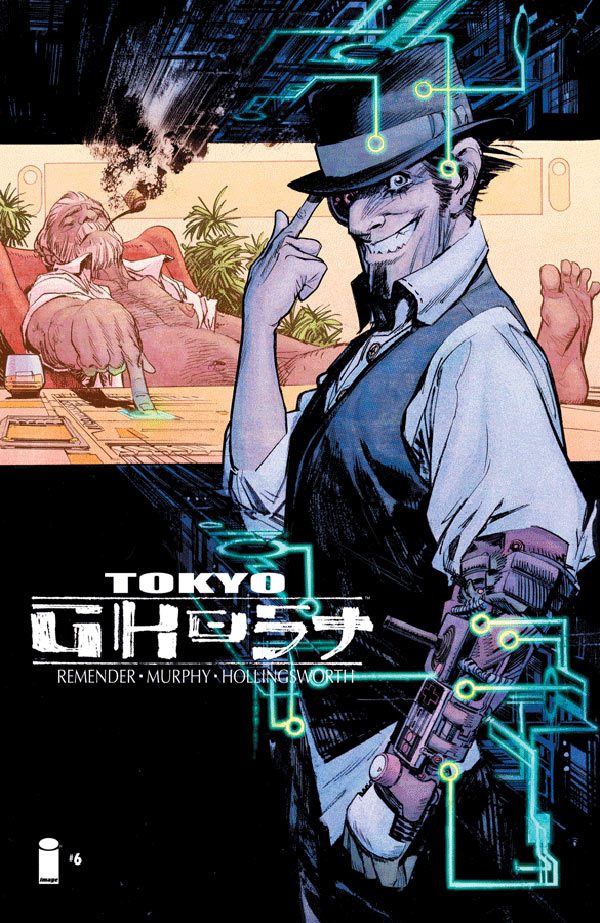 This is one of those things I love about comic books today. Rick Remender does this thing where he hits the ground running, telling his story and just when he gets you comfortable, he drops the bomb that the he’s only been telling you the prequel so far and that now the adventure begins. He did it for Black Science, he did it for Low, and now he’s doing it for his cyberpunk thriller, Tokyo Ghost. After a quick break, can Remender’s techno mind bender maintain the momentum?

The book picks up some indeterminate amount of time after Led Dent’s descent back into tech addiction leads to the thorough destruction of “unplugged” Tokyo and his betrayal of Debbie Decay. The lion’s share of the issue spends its time establishing the new way of things now that Dent doesn’t have his lover around to keep his shit together. In case you thought this series couldn’t get anymore violent, Remender wants you to know how insane things get when you take the kid gloves off of our junkie hero. The social messages are twice as blatant, but also more effective than before. Most importantly, the basis of the title becomes clear as does the real story Remender is ready to tell. It’s obvious that this is where business starts to truly pick up. 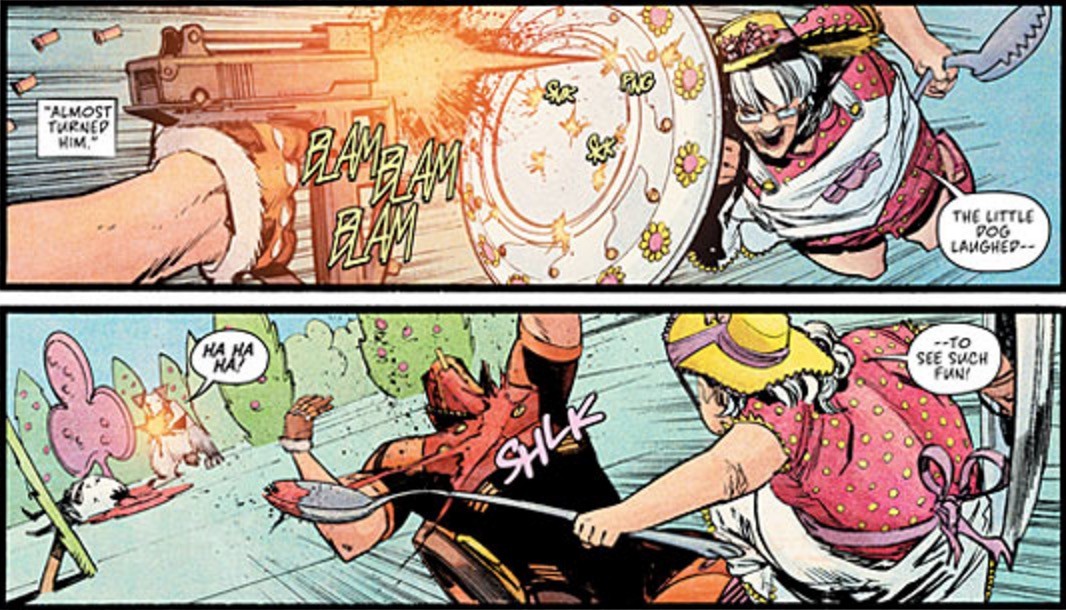 Meanwhile, the action-packed script allows the Sean Murphy to really let loose with intense, well-lined visuals. The color palette and clean paneling straps you head first at the front of a rollercoaster through an Akira-esque world that takes no prisoners.

Bottom Line: With some of the most well choreographed action so far in the series, questions answers, political satire and Sean Murphy going Peak Sean Murphy… this might be one of the best issues in an already exemplary display in techno-thriller action.

9.5 Discarded William Gibson Scripts out of 10

Reading Tokyo Ghost? Catch up on previous reviews of the series here.