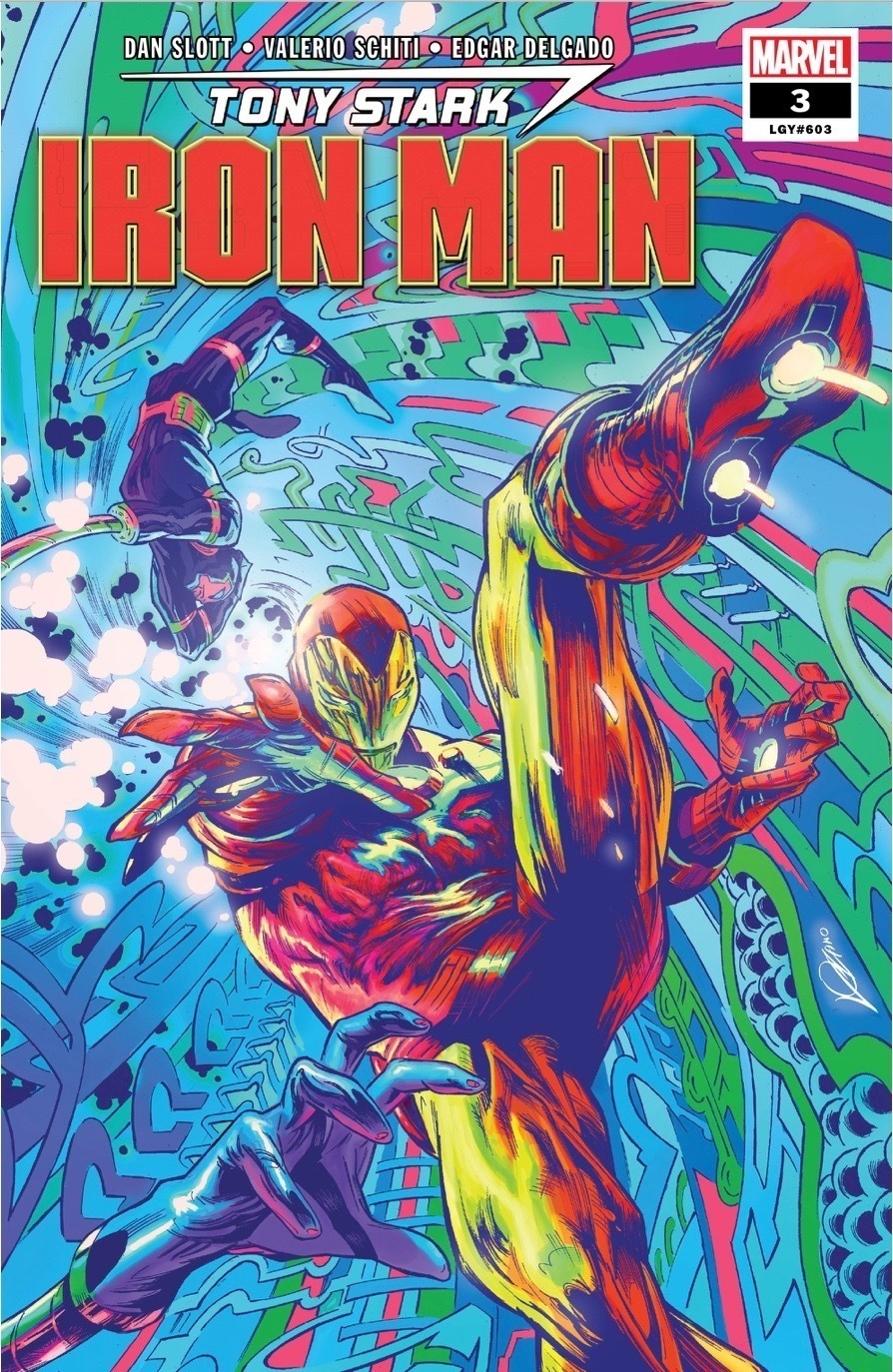 Tony Stark: Iron Man #3 is breaking virtual walls out here! This third issue is kinda fly; it goes the extra mile to give the sensation of joining an MMORPG and does a lot of culture service for that fandom. TS:IM #3 is serving up Sword Art Online with a dash of I, Robot for seasoning and texture. It’s starting to look like each issue has its own feel.

There’s something dope about having these strong characters hold on to their personal arcs and allowing those trajectories to interact with Tony’s. In issue 3, we are finally introduced to eScape, but not before we see a super ‘clever terms and agreements’ contract where Tony gives said employee the skinny on the experience they’re about to have: you get to BE Iron Man! 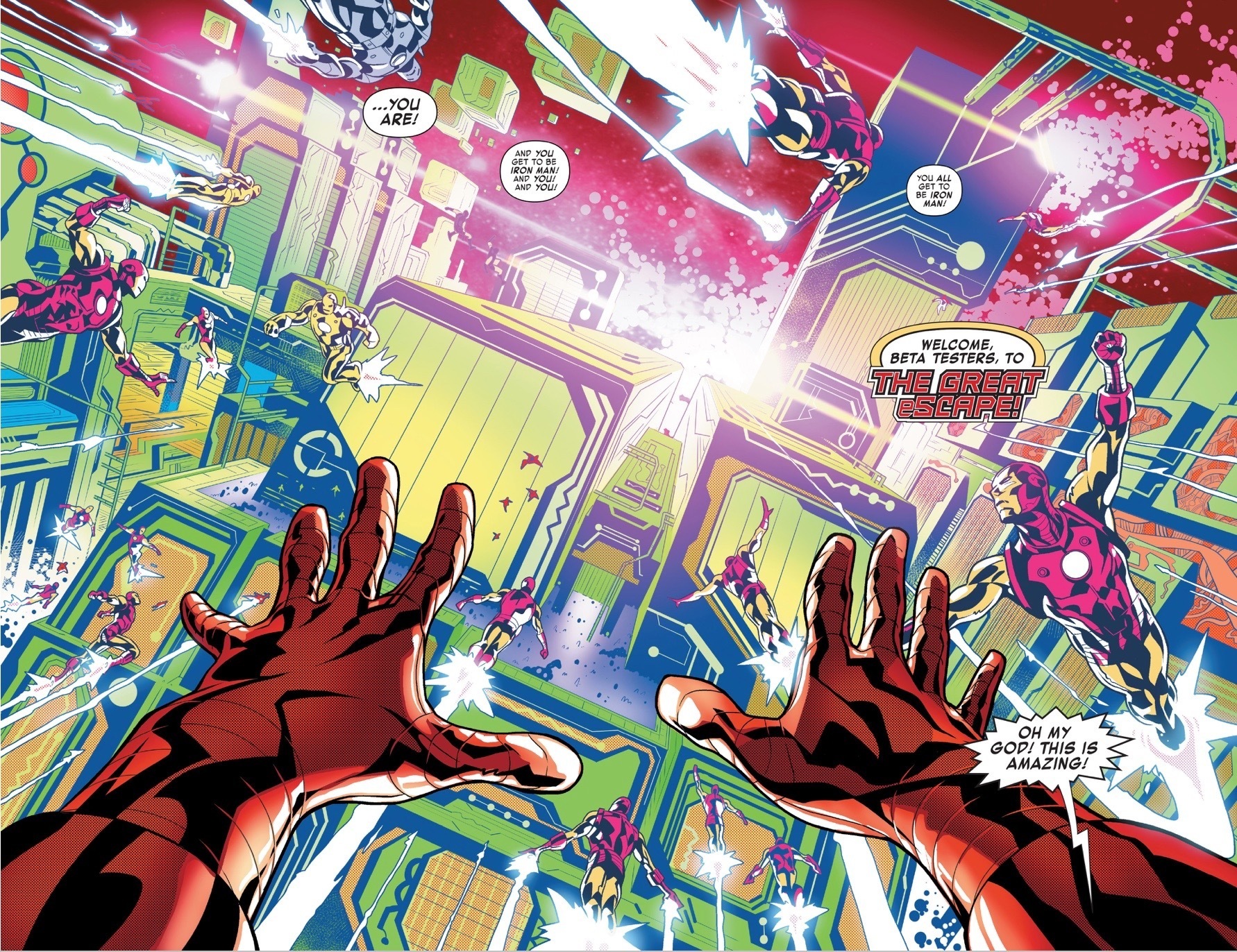 Issue 3 is Jocasta-heavy, which is and reintroduces Aaron Stack (aka Machine Man) as the synthezoid Malcolm X. More like a RoBoTep, doing too damn much. I might spend whole issues of this book waiting for Jocasta to go upside this dude’s head. It’s a great addition to the character roster, Aaron Stack muddies the saccharine nature of the Stark Unlimited team.  Also, kudos to lead artist Valerio Schiti for manifesting the vision of an embodied A.I. that chooses a residual self-image that is a brown-skinned sister with locs! 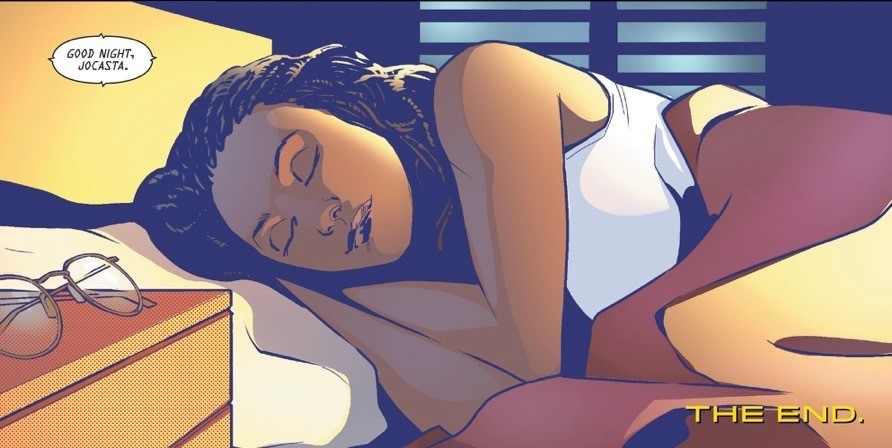 Tony Stark: Iron Man #3 continues taking us on an interesting journey behind the scenes to illuminate the work that goes into making him one of the most capable heroes in the 616 universe. Dan Slott’s unconventional approach to a popular character catches the seasoned reader off guard but Schiti’s late 90s comics art aesthetic pulls the eye can keep most readers engaged. Don’t let the variations fool you, this is a solid comic with a lot of room to move into uncharted territory inside the Stark corporation. Shout out to the cat and dog playing chess.