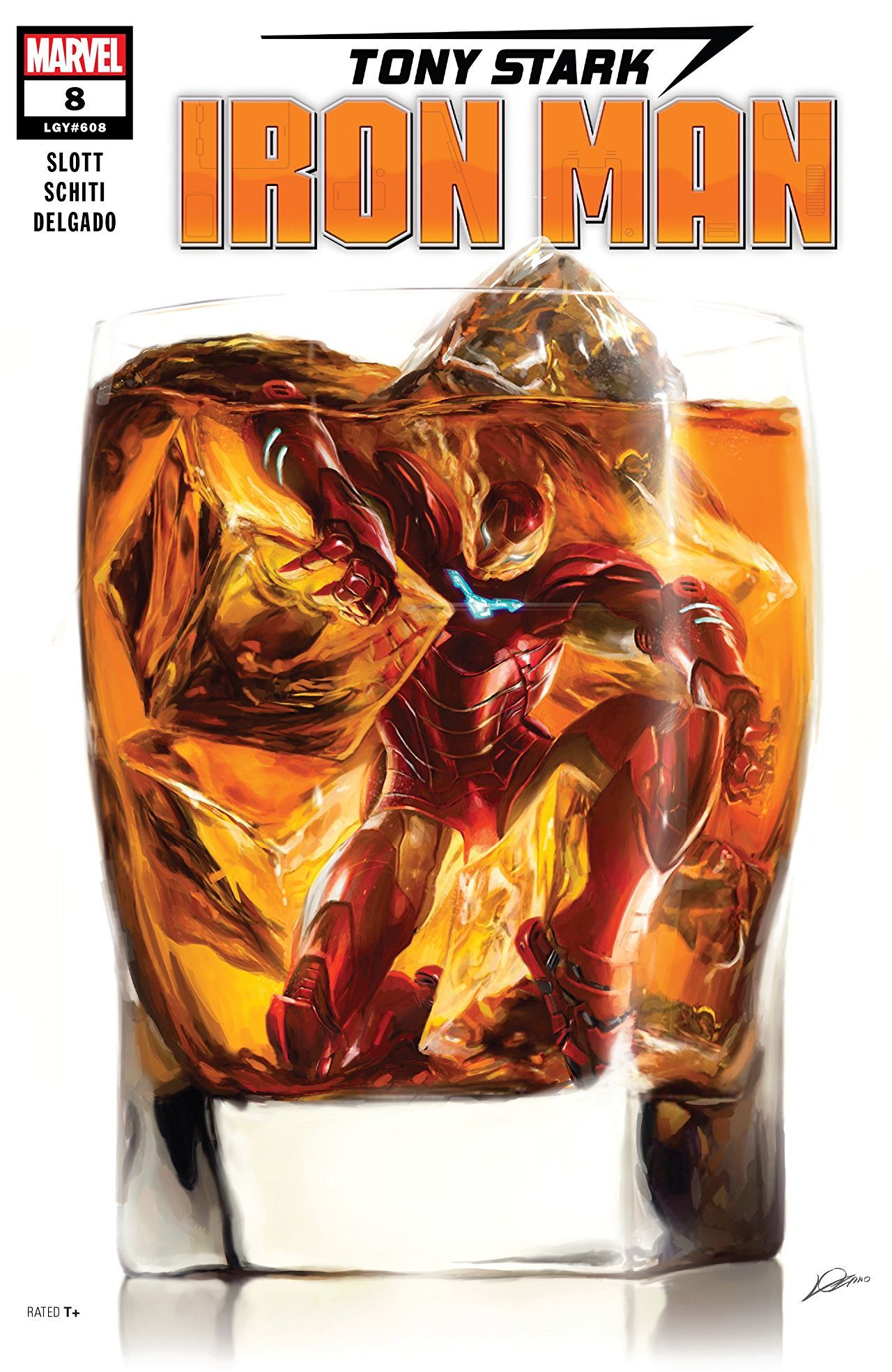 Dan Slott’s Tony Stark: Iron Man is back on the block! Each issue of TS:IM has given us a different aspect of Tony and of the people in his life. Each aspect is shown through a different lens. The last time out, we were focused on Tony as a nervous developer on app launch day. Turns out Stark Unlimited’s corporate machine operates similarly to the crew on HBO’s Silicon Valley. The stakes are raised this go-round, but Slott made this thing as funny as all hell. It’s kind of amazing to watch the work being done on TS:IM and take all of the pomp and gravitas out of what the MCU has made of Tony Stark.

Issue #8 drops us right back into the Controller’s latest scheme: sabotaging the launch of Stark Unlimited’s eScape platform! Slott puts us in the driver seat with Tony as he engages in crisis management for each of the various aspects of his life. Readers are being treated to a front row seat to the decimation of Tony Stark. In line with the theme of the arc, he is being tested and pushed to the limits of his relationship to the world at large – as a CEO, as an engineer, as a visionary futurist, as a best friend, as a romantic partner, as a brother, as a mentor, and as a son. 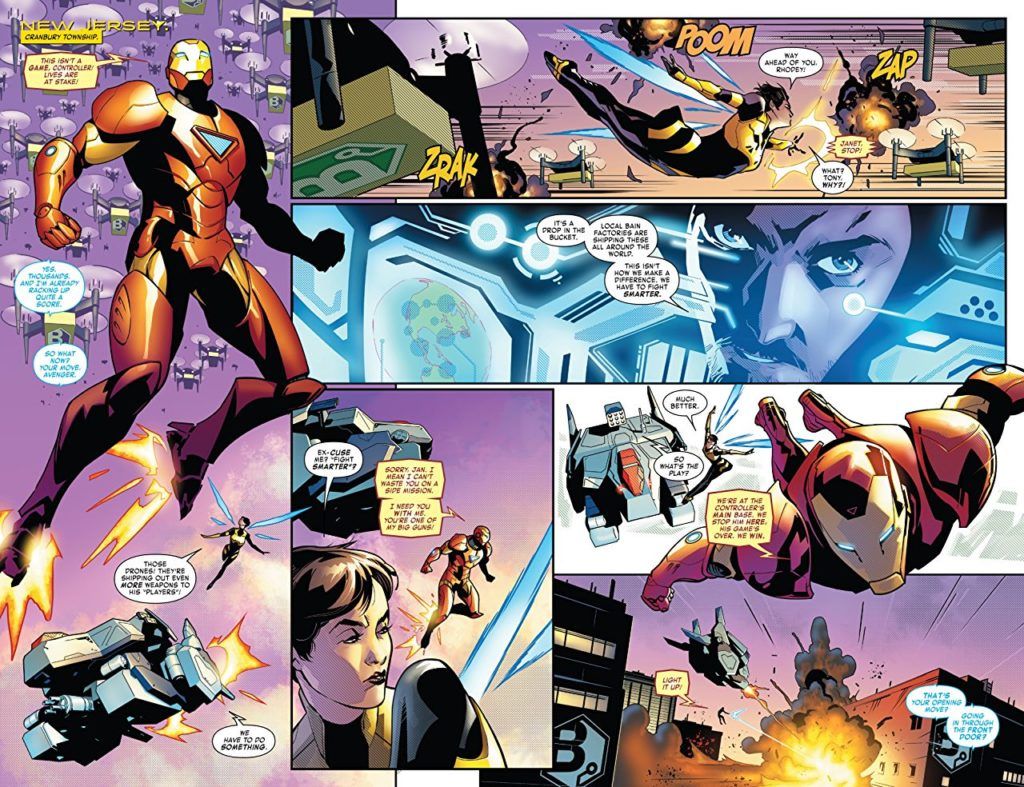 Valerio Schiti’s artwork is sharp. The panels are dynamically placed to give off the illusion of pacing at the speed of animation. Parts of the story take place in different locales on different planes of reality with their own cultures, etc. The design of each place is so intentionally distinct, however, after a few issues readers can instinctively understand where each part of the story is taking place. It’s one of the stronger points of the book, particularly while Slott is marking dark comedic beats in the story.

Tony Stark: Iron Man #8 builds on the complexity of Tony Stark and the many people invested in his life with great care. It is no small feat to attempt to redefine a trans-media superstar like Tony Stark, but Dan Slott and the team on TS:IM get the job done well.