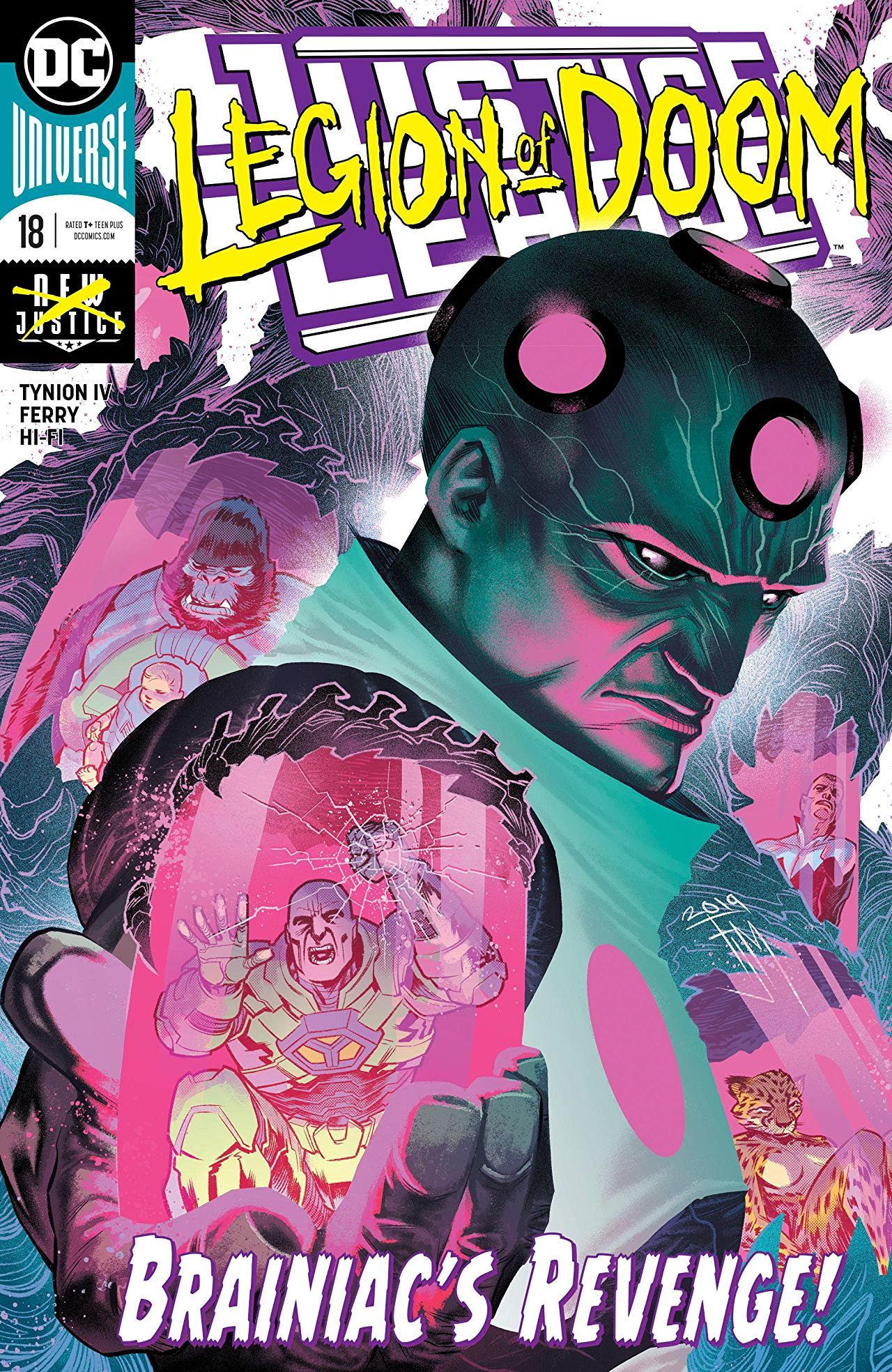 “Legion of Doom Part 4” deals with residual plot points from Justice League #17. Last issue, Lex Luthor and Martian Manhunter met on Mars where J’onn told a story about their secret shared past. This issue has Luthor continuing to tell that story to a much more intimidating green dude: Braniac. These two issues are paralleled in their structure and themes, which seem to hold the keys to the future in this new complicated past.

Diving deep into Lionel Luthor’s history exposes his connection to Vandal Savage and the Totality. We got to see a determined, eager individual putting his mind to use for what could only be seen as the betterment of life in the universe. When he goes behind Vandal Savage’s back, however, he pays the ultimate price and his ambition was stripped away. That’s the guy that Lex grew up with. That’s the guy that inadvertently shaped him into the cynical psychopath he is. It’s sad to wonder what could have been if Lionel had been able to stay someone that Lex could look up to. It would have changed the entire trajectory of his life.

One major difference between this issue and the previous one is that Luthor’s emotions are contrasted. Last time, he was resentful and brash. All this new info seemed to be too much to handle. Now that he’s had time to process and figure out a way to use it to his advantage, he’s more confident than ever that this information is just what he needs to help awaken Perpetua, the mother of the universe. A confident Lex Luthor is a top 3 scary thing. It’s up there with ghosts and not making it to the microwave before the timer goes off. 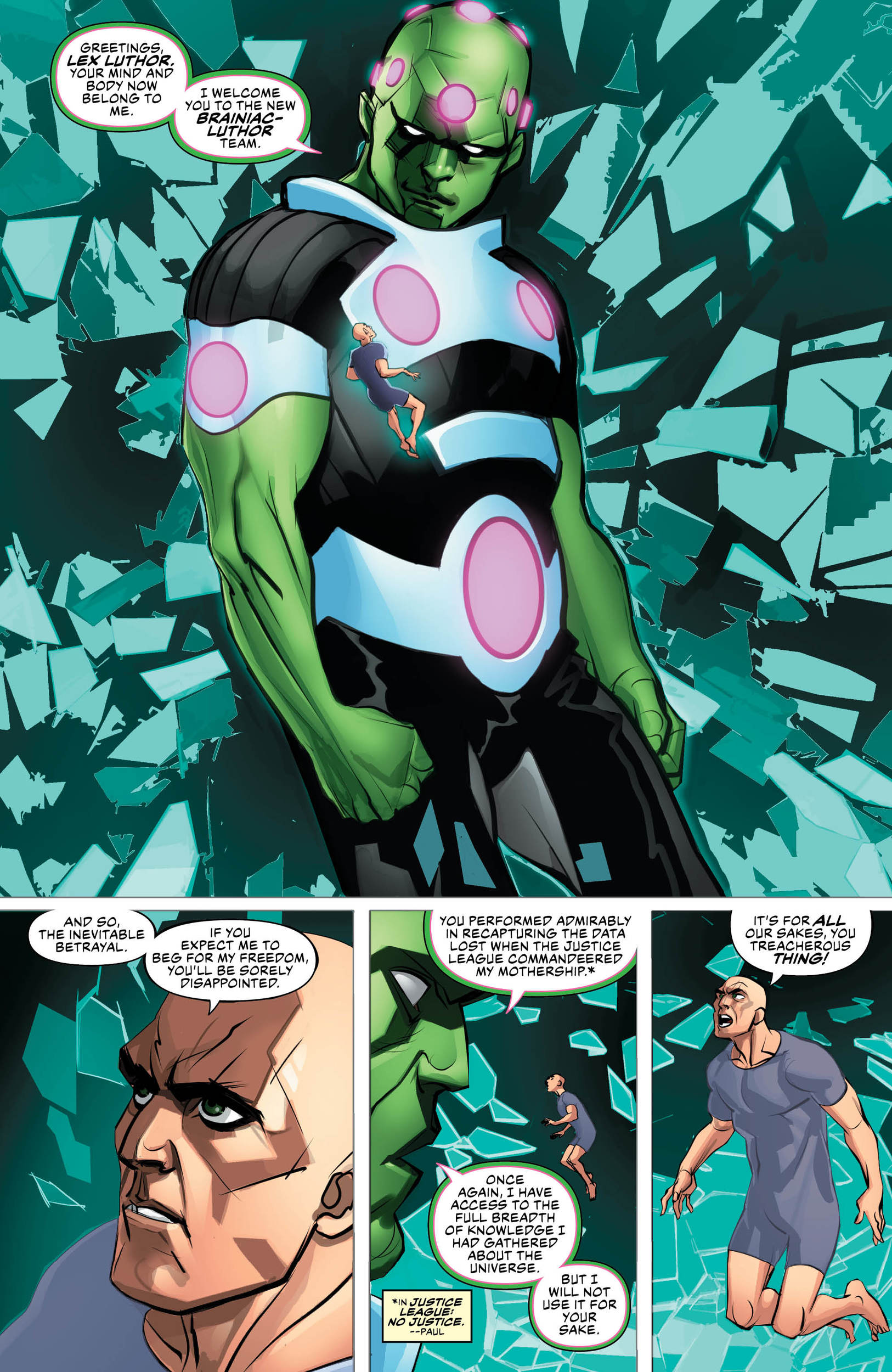 This could have easily been an issue where Luthor took a major L. Branic was done with the funny business. He was about to take control of Lex’s mind and body to get the job done quicker. Instead, Luthor was as smart and elusive than Muhammad Ali with his back against the ropes. Braniac had him down for the count, but that’s where the bald bully thrives.

These “Legion of Doom” issues do a good job of showing just how opposite they are compared to the Justice League. They’re all out for themselves and will stab someone else in the back in a heartbeat. Here, two of the most cutthroat and dangerous beings in the universe call a truce and work together for the greater good of their desires. I don’t care what you say, that’s frightening AF. If these maniacal madmen can put aside their differences, what hope do our heroes have of saving the day?

Luthor calls game on Braniac as the two gargantuan intellects join forces like KD and the 73-9 Warriors. The Justice League are now the clear underdogs. Let’s hope they can pull off a major upset. The fate of the universe depends on it.