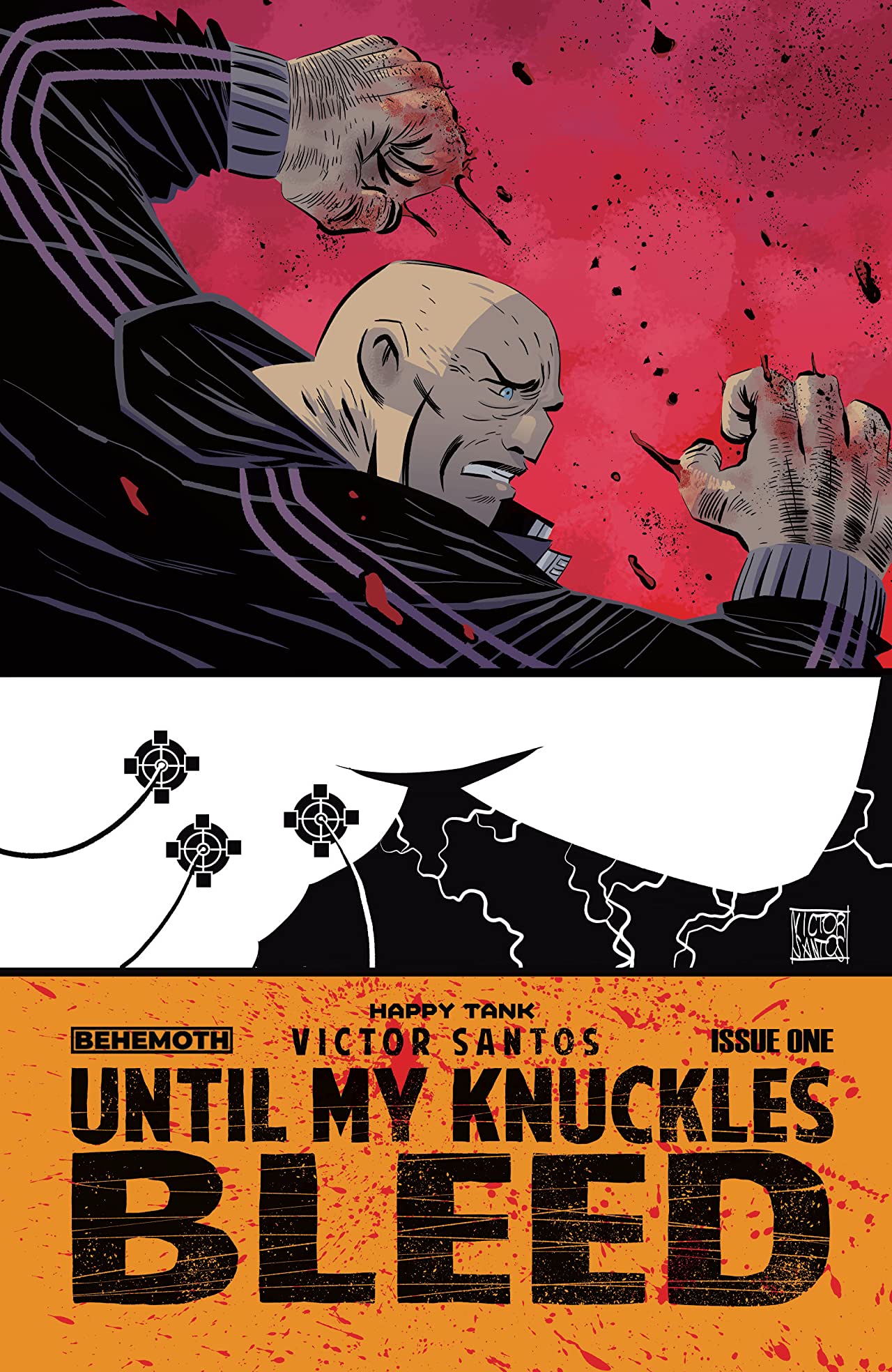 When you’ve read enough superhero stories over the years, it’s hard not to feel like you’ve just about seen it all. Sure, you still love the genre, but maybe you’re not racing to the next promising new title. And if this makes it difficult for Big Two/mainstream books to make a splash, double that for the indies. With all that said, Until My Knuckles Bleed makes me happy creators are at least still trying.

I’ll admit I came to this title a little burnt out on the whole “washed up heroes trying to make good in the real world” sector of the genre, but I still kept an open mind. The story starts off introducing us to Gabin Hart, formerly a Liefeldian 90s hero named Damager. Gabin is a seemingly well-meaning guy who has been getting by among normal people for some time. He has a decent job that shows him more respect than a lot of working-class palookas get these days. He stays out of trouble and links up with his old war buddies to toast to surviving the glory days. It’s hard to tell if he misses it because he spends a lot of time in pain from his being subjected to enhancements and experiments. Honestly, if this guy were Black, I suspect I would feel a little triggered a la Marvel’s Elijah Bradley. Of course, a mysterious figure shows up to foreshadow Gabin’s life about to change or better or worse, but that’s hardly what’s intriguing so far.

The book doesn’t exactly break new ground, but that doesn’t mean it isn’t entertaining. The lead character is a flawed, but ultimately likeable character which is hard to come by in these type of narratives, usually because they’re trying so hard to be edgy. The script is charming and honest enough that reading through a day in this guy’s life, as rough as it may be, isn’t necessarily painful to sit through. The artwork is part of what lends this book its charm and sort of throws you off the script’s trail. Reminiscent of Michael Avon Oeming’s work and Lynn Varley’s dark color palette and use of shadow, Victor Santos pays homage to a lot of the aesthetic of late 90s/early 00s artists of Damager’s time.

Bottom Line: Not necessarily reinventing the wheel, but definitely a thoughtful, visually engaging, entertaining fare that has spits a few interesting bars.

8 movies based on Vertigo comics out of 10