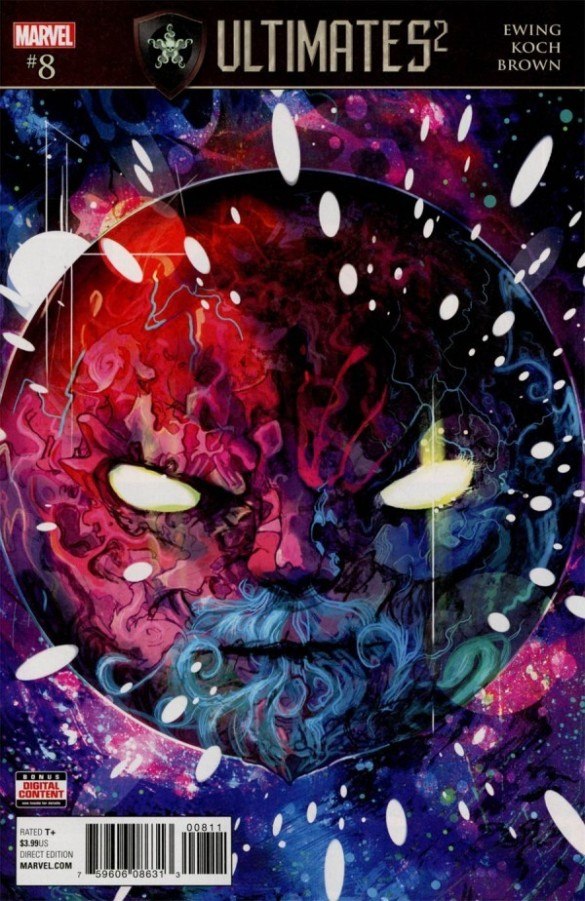 [quote_simple]”I can’t get no rest, I fall asleep with a tech” -Travis Scott[/quote_simple]

My fangirl/fanboy, hear me when I say Al Ewing isn’t getting enough credit for the development he’s done for the space-related characters of Marvel. I need Al Ewing (and other creatives) to get a pay increase for all the glorious universe building — not world building, but universe building — they’re bringing to the table. 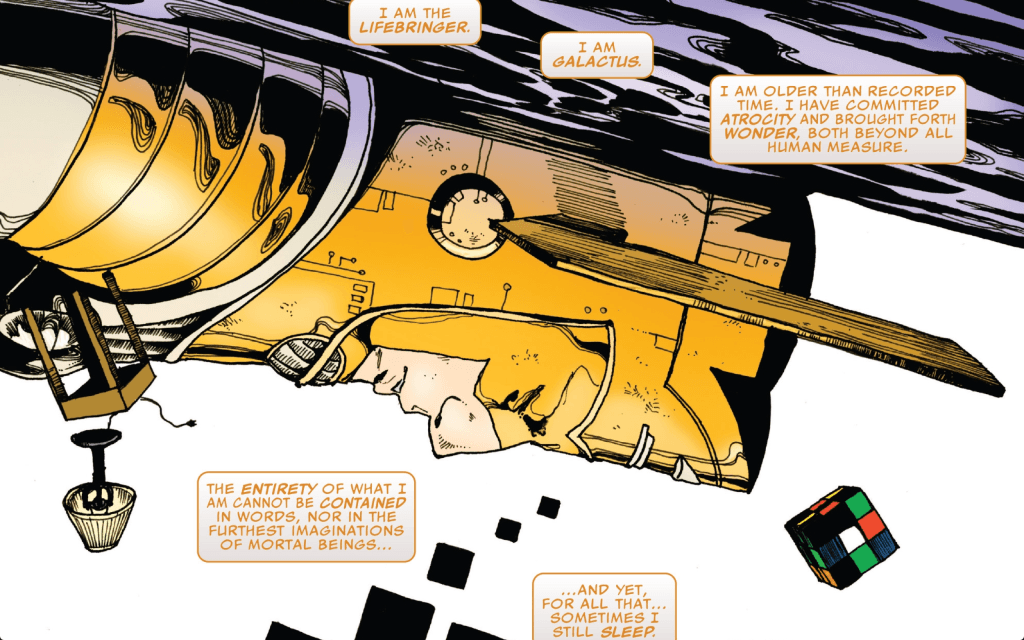 This issue focuses on Glacactus in a light we rarely seen. Big homie is recuperating from getting the breaks and muffler beat of his ass before being saved by his now-dead herald, Anti-Man. We’re seeing Galactus dreaming of his previous life as Galan of planet Taa. We’ve always heard portions of Galactus’ origin in back issues but this quick run-through is my first time with the recounting of his rebirth.

Things take a turn as Ego, the living planet, decides to cash in the check for the ass kicking he’s owed Galactus over the years. Let’s not forget, before Galactus was rehabilitated to the life bringer, he was the devourer of worlds. Ego being a living planet and all, they’ve had a very long history battling one another for eons. Ewing gives us a look at their history as well as Ego’s own true origin. There is a large cosmic thread linking all these prominent space entities together that’s at play. 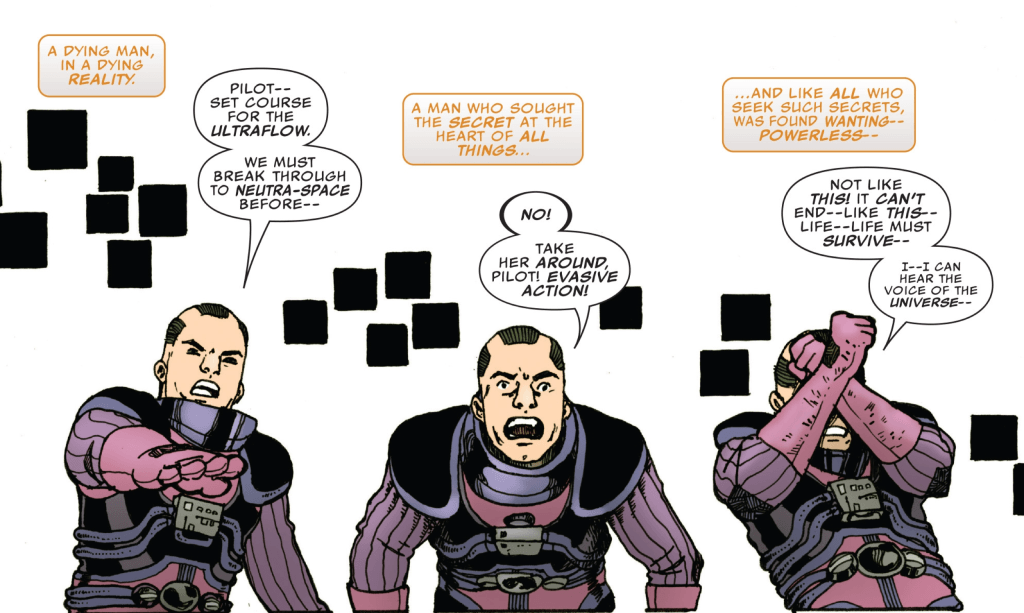 Koch’s art is trippy, but you get use to it. The opening shots of Galactus sleeping and his “death” as Galan is hard as hell. Koch can definitely set the tone with her visuals from the jump. The interaction between Ego and Galactus is done in a very intimate and well-plotted manner. And that last page? Stop ittt!

I love this series, man. You never know what to expect from an issue of Ultimates 2, but you are guaranteed an incredibly detailed story each time. 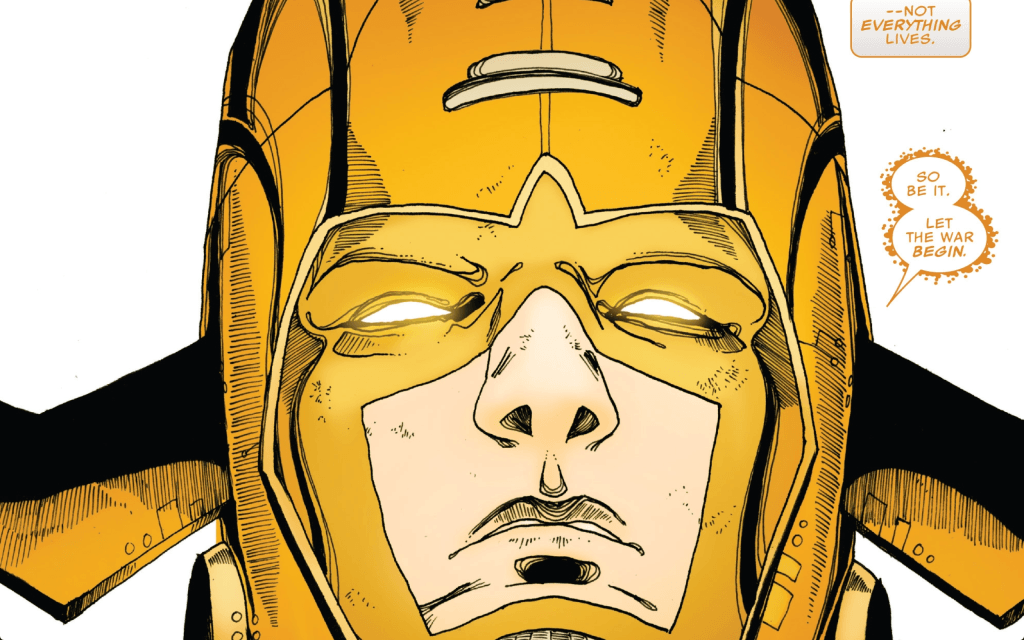 9.6 Wars Going on No Entity Is Safe From out of 10
RIP Prodigy