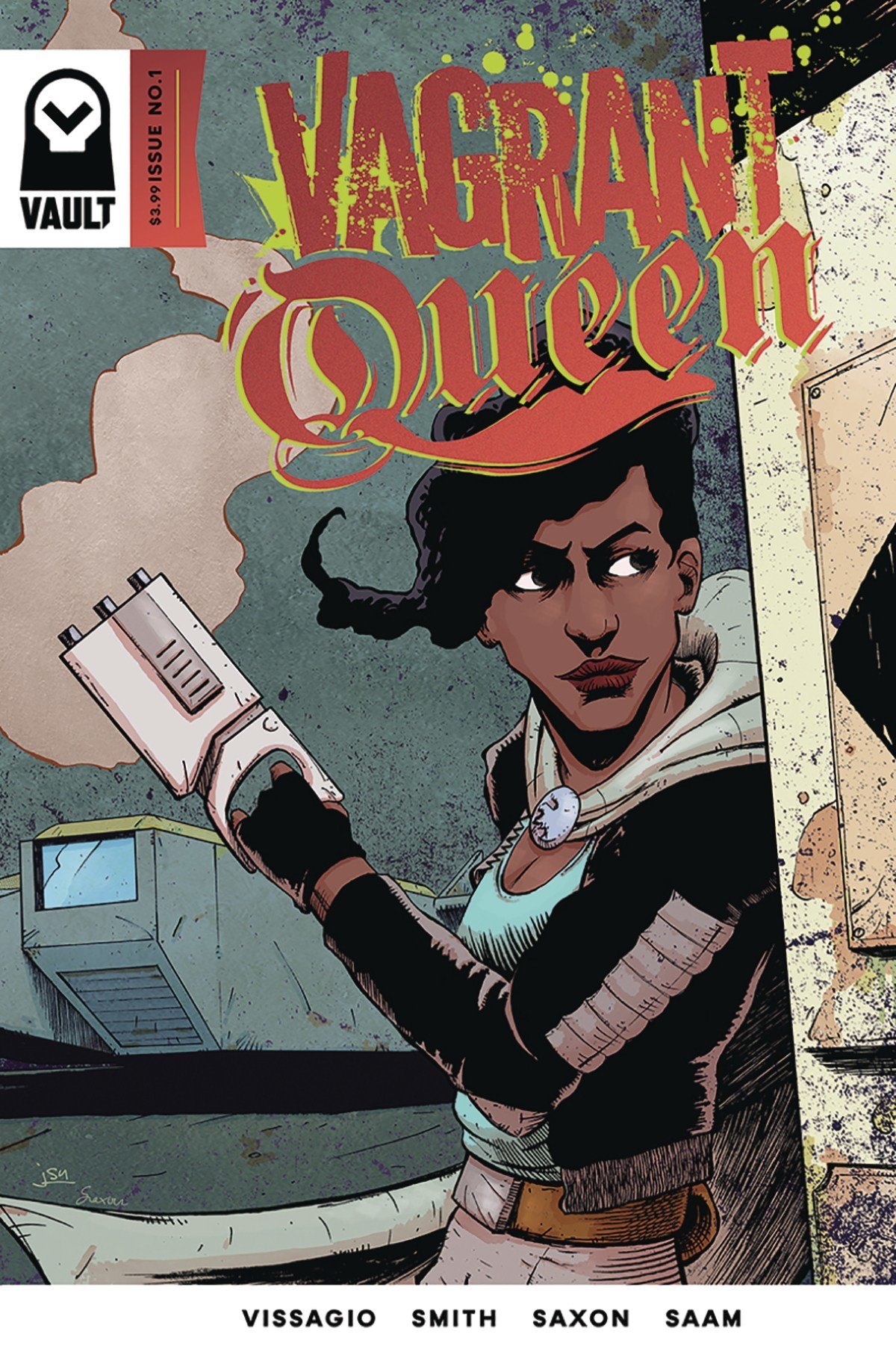 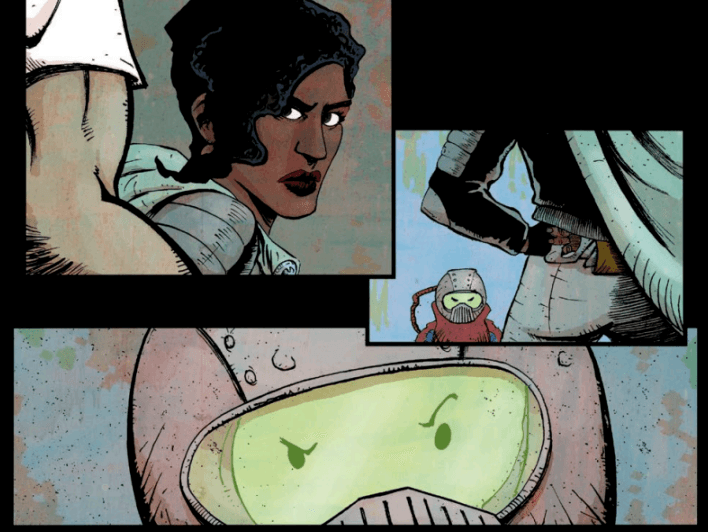 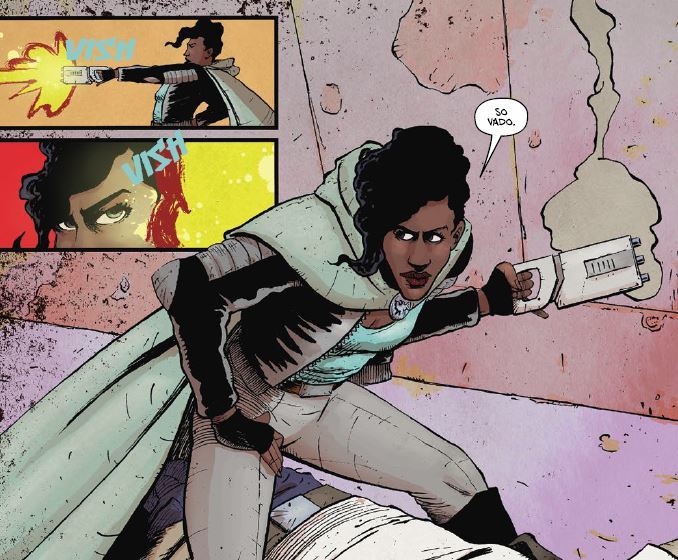 Deposed on no, Elida suffers no fools and takes no shit. She’s out in the universe trying to make her way as a smuggler and scavenger while being hunted by the revolutionary forces that took her throne. She has the usual mix of friends, enemies, and of course people who are somewhere in between. Imagine a Han Solo movie, except Han is a Black woman and Lando is a scrawny white guy with a punchable face. Yeah, it is a great set up for an action-packed comic.

Visaggio is Eisner-nominated, for Kim & Kim, and GLAAD Media Award nominated for Quantum Teens are Go, so to say she is critically acclaimed would be an understatement. She’s also the writer on DC’s Eternity Girl. Jason Smith is the longtime illustrator of webcomic On the Verge, and has worked extensively with Visaggio on other comics. He has a style that reminds me of Judge Dredd comics, but not as monochrome. There are plenty of aliens and weird space station backgrounds to keep Smith busy.

Together Visaggio and Smith introduce Elida and her universe with no pauses or explanations. This read is going to be like jumping on a stolen spaceship — the ride maybe bumpy, but it is gonna be hella fun and you never know if the person you’re punching at the beginning of the ride will save your life by the end. 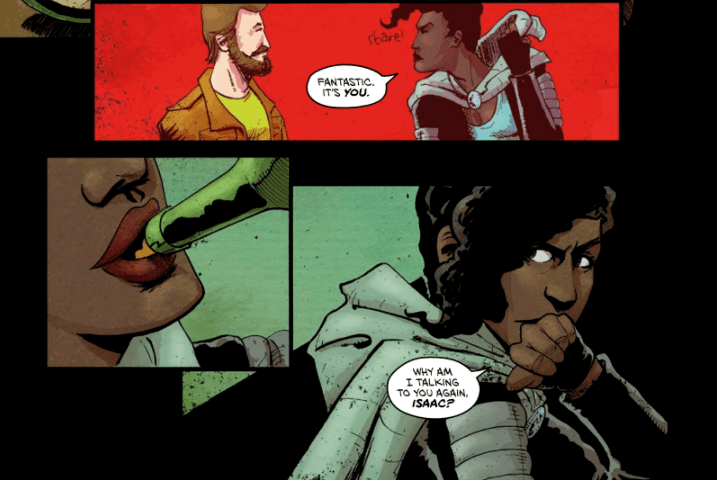 If Space Science Fiction with a Black woman lead and lots of action is your interest, talk to your local comic book shop when you go to pick up your pull list this week and add Vagrant Queen.