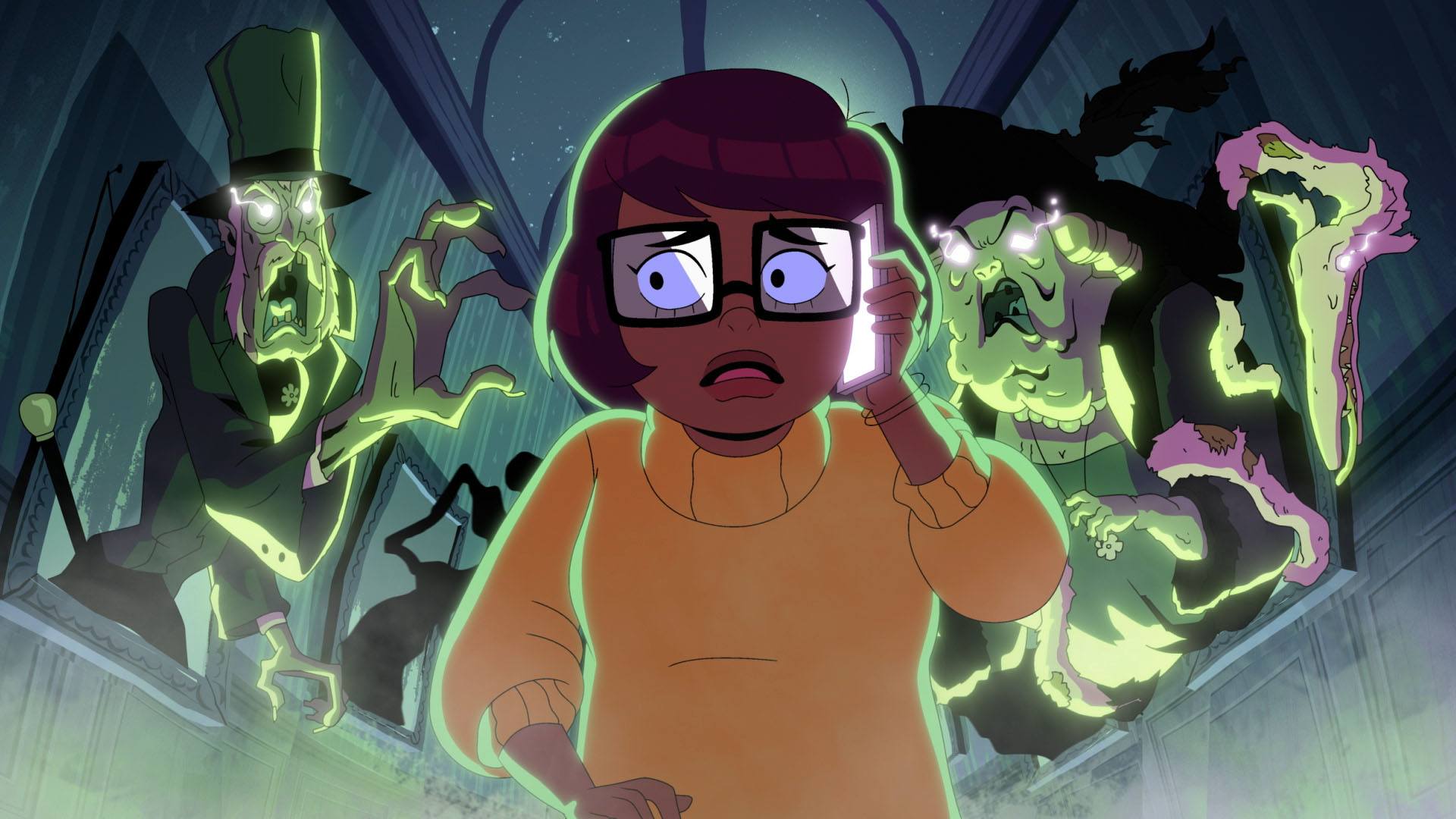 Wooooo, there has been a lot of talk as well as misinformation about this show. However, we goin clear all that up right here in this review. Here’s all you need to know about what’s goin on in Velma on HBO Max.

Velma Dinkly (Mindy Kaling) is a teenager that loves mysteries. She’s big into feminism, not following the crowd, and she loves her mom. The show centers around the mysterious disappearance of Velma’s mom, Diya Dinkley. Whether Diya disappeared or abandoned her family are the two questions that run rampant throughout the show. I was rocking with this mystery being the thread through the entire season. This isn’t the Scooby-Doo gang that we are use to and that’s alright (when executed right). Velma is South Asian, Daphne (Constance Wu) is East Asian, Norville/ Shaggy (Sam Richardson) is Black, and Fred (Glen Howerton) … is still white (sorry to that man).

Now, What’s the Issue with Velma?

So here’s the thing with Velma. The Velma Dinkley portrayed on the show isn’t a different take on the character. It’s Mindy Kaling at the forefront not Velma Dinkley. Mindy Kaling is a producer on the show and this was a great chance to have her put out content that took a different approach from her other projects. However, that isn’t the case with Velma. We see this character fall into a lot of similar tropes of South Asian representation that is present in Kaling’s other projects such as The Mindy Project, Never Have I Ever, and The Sex Life of College Girls. We have a South Asian Velma self-deprecating as a core part of her personality. It may seem humorous, but it quickly becomes tiring especially with the way other people, I have no other way to say this, shit on her and treat her throughout the show. We also see her pine after a Fred who is horrendous toward her. I just need it to make sense.

I was really into how the main cast is diverse as well as the supporting cast too. We even see a side character, Gigi, step up with a small character development arc of her own (more on that later). However, since the writing for the show feels more like rehashing of Twitter conversations, the series doesn’t have solid legs to stand on. There are solid little earnest moments of the show that caught my attention and made me wish they were more fleshed out. Honestly, If the world building happened as often as the pop culture/woke references then this would be a different show.

If we’re being really real, Velma thinks it’s doing the work that Harley Quinn did. Harley Quinn was over the top, but their world-building and character development was so good that it excused anything campy that appeared on the show. Velma doesn’t do any of that work. In the small moments when you think it will, it gets snatched away. Now, there were some funny moments on Velma. I’m not trying to sit here and act like i ain’t chuckle at all (even if it was mostly in my head).

Journey to the Center of the Fandom

I’ll repeat that the Scooby-Doo gang is back together, but they are not the characters we grew up with. Daphne is an entire menace, Fred is an entitled rich white wylin’ out, and Norville is the most put together person of them all. All this is fine, and we don’t need a dog name Scooby present at all…if the writing and world building were up to par. If the show had stronger writing, I think the fandom would have been more accepting of these changes to the characters. It’s a shame, because the animation looks pretty good on this show too. It gives a real Venture Bros feel at times with its look.

Honestly, the show could have been a lot better, and I’m not in covering all the issues folks have been speaking up about the show. I really do wish the sincere moments of the show were focused on more. I’m not going to lie, the show opened up with two roaches having sex, and it set the tone for me for the entire series. I already knew what to expect off that alone. I do think folks should check the series out for themselves and come to their own conclusions. Oh, I also witnessed a rumor start where Scooby is a Black woman dating Norville/Shaggy. That is entirely false. That character is named Gigi and her journey is actually one of the nice things the show gets right. Her self-discovery journey is a small sincere moment that kept me viewing the series.

Velma is live on HBO Max. As of right now, there are two episodes out already. Check it out for yourself and see if you agree or disagree with our take.