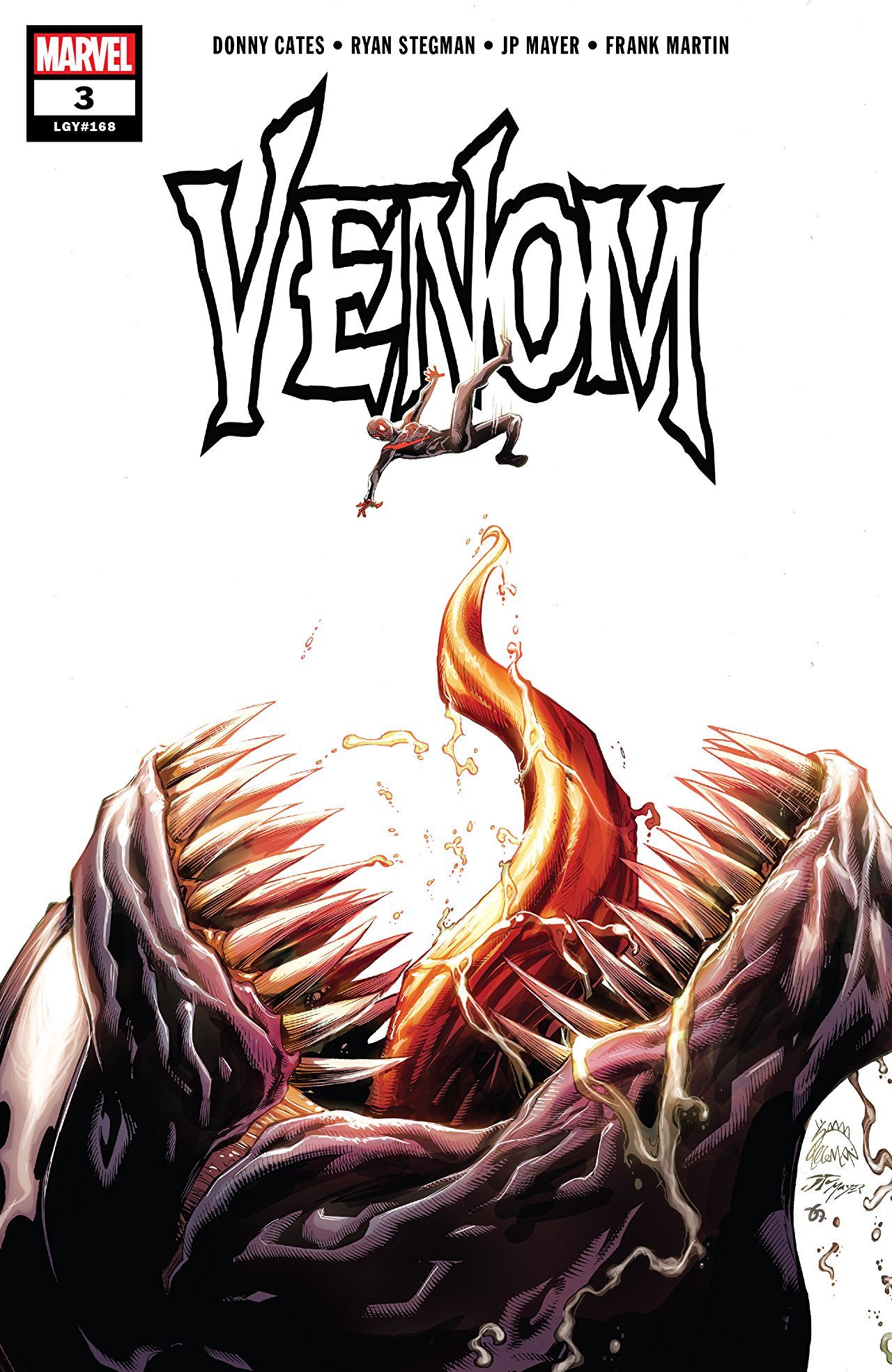 Who knew that I would like seeing Miles go up against Venom? The last issue left us off with the two approaching one another. With Eddie and the symbiote’s instability, we all knew that it couldn’t end well. Predictably, Miles got more than he bargained for — as one of the first things we see is him beat up on the floor. What I didn’t expect to see from this showdown is Miles so angry and hateful towards Venom.

I keep forgetting that Miles knows that he’s from another universe and remembers everything prior to moving to 616. Your boy has a pretty weird status quo. However, writer Danny Cates uses that experience to great effect in this issue, turning what would normally be an ordinary hero-on-villain encounter into something far more personal. If you’ve read Miles’ Ultimate universe encounter with Venom, you know that it’s probably one of the darkest parts of his story. 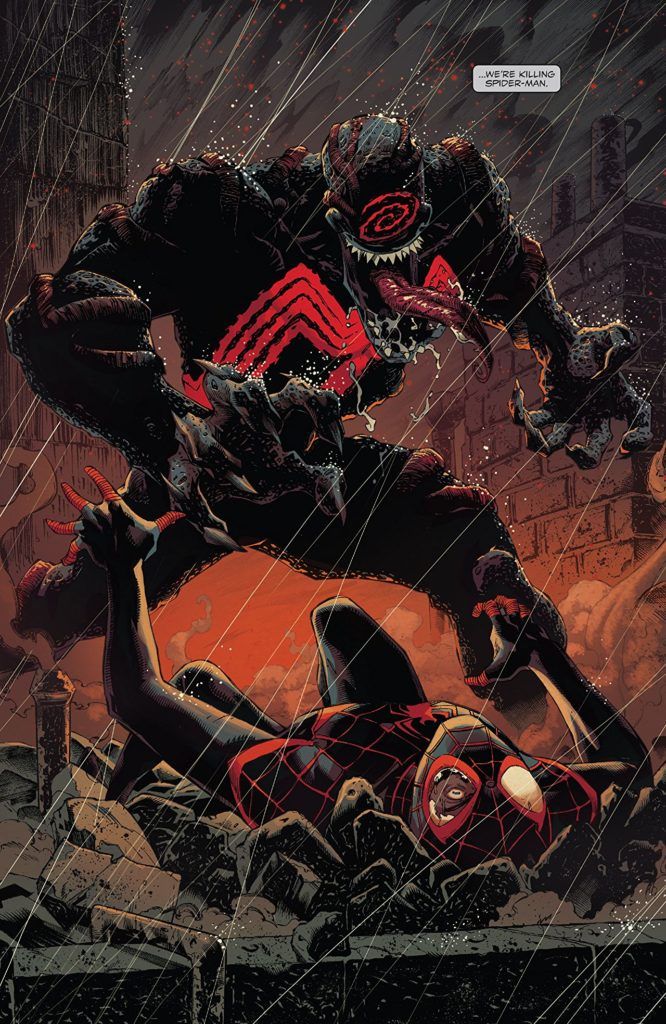 Another highlight of this issue is seeing Eddie come face to face with the dragon symbiote. I’m not going to spoil too much about what goes down between them, but we get some great character moments out of Eddie because of it. Over the course of three issues, Cates has really nailed down how perverse and co-dependent Eddie’s relationship is with the symbiote. It’s pretty disturbing to see Eddie so fixated on maintaining control of the symbiote and not losing it. He’s almost like a drug addict who can’t live without his fix.

Combine Miles’ and Venom’s showdown with Eddie confronting the dragon, add in some great art by Ryan Stegman, and this is another solid issue in a series I had reservations about. I especially like the dark feel Stegman’s art brings to the book, and how he draws the dragon’s monstrous form as it wrecks havoc on the city. It’s a giant monster-movie type feel that I can jam to. While I have my gripes about the end of the issue and the new revelation we get, I’m looking forward to what’s next.

9 Celestials Falling out of the Sky out of 10