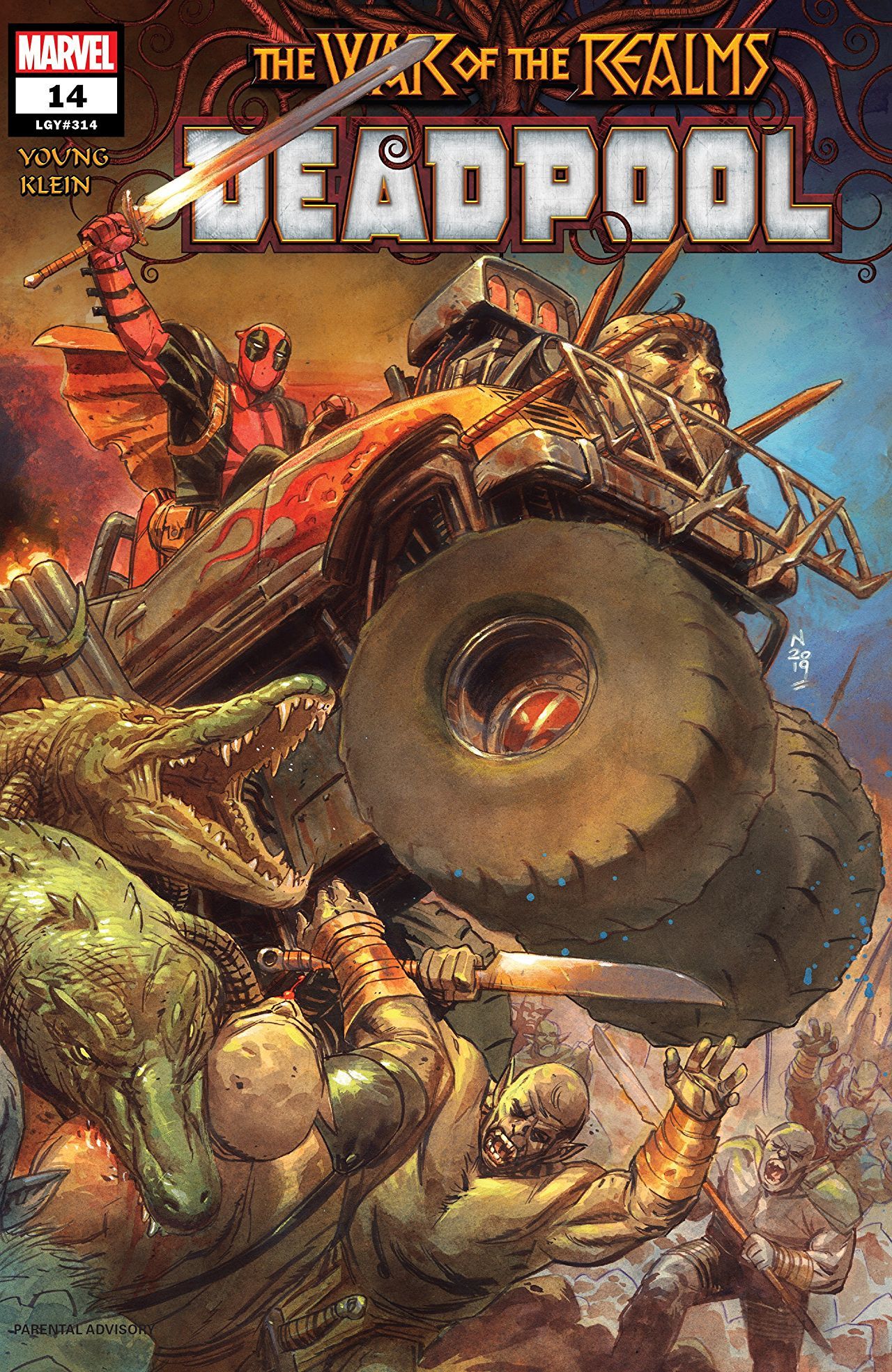 There’s always SOMETHING going down in Australia. We return to the second entry in the War of The Realms with our doppelganger heroes. They are just about ready to throw it down on those trolls and cease the “people buffet”. I’ll admit I liked this issue slightly more than the last. I don’t know if it was because Deadpool was more annoying, or if it felt like it was actually moving at a decent pace. Granted there were still moments that I felt like it could be improved upon (the pace was decent but somewhat jumpy). I admired the audacity of the creative team: their jokes were punchier and the environment/situational trauma was more developed.

The Young-Klein collaboration managed to give our Merc more dimension in his actions. In this issue, we saw a bit of humility mixed in with the usual non-stop cocky banter. At the same time, you ever read a comic and got so emotionally confused on the path that it’s taking that you end up liking it? 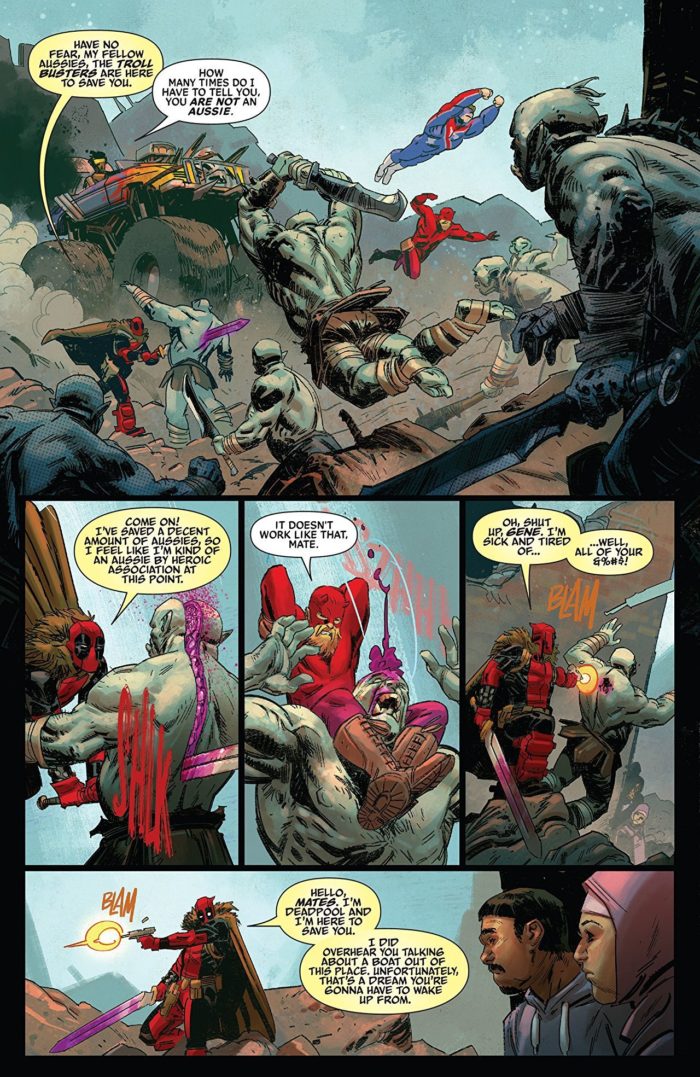 Deadpool #14 took such a left turn, I actually went back to re-read it just to double check and make sure my eyes weren’t messing with me. It was skidding between the thin line of laziness and rightful justification. “Deadpool problems require Deadpool solutions”. When I search through comics I usually try to find a singular metaphor that locks everything together. The only thing that felt secured was the ideation of “doppelgangers” continued from the last issue. Deadpool’s War of The Realms mini-arc brought the “fake Avenger” joke to light (a talented anti-hero like Deadpool is way too Chaotic Neutral for The Avengers). The funny part is, is that we actually see him genuinely trying. Wade did not let his impulsiveness get the best of him. He tried his best to work in a team and honestly, it failed him.

I kept rooting for him as everything fell down around him. I guess what I learned from this comic is that failure comes in different forms. Maybe it isn’t failure at all, but simple recognition that certain things are not cut out for you. You do all that you could, and it could still fall apart. This does not necessarily change your talents, but encourages you to shift in the direction it should have been going this whole time.

8.7 Inspirational Chimichangas out of 10

Reading War of The Realms? Find BNP’s other reviews from the crossover event here.