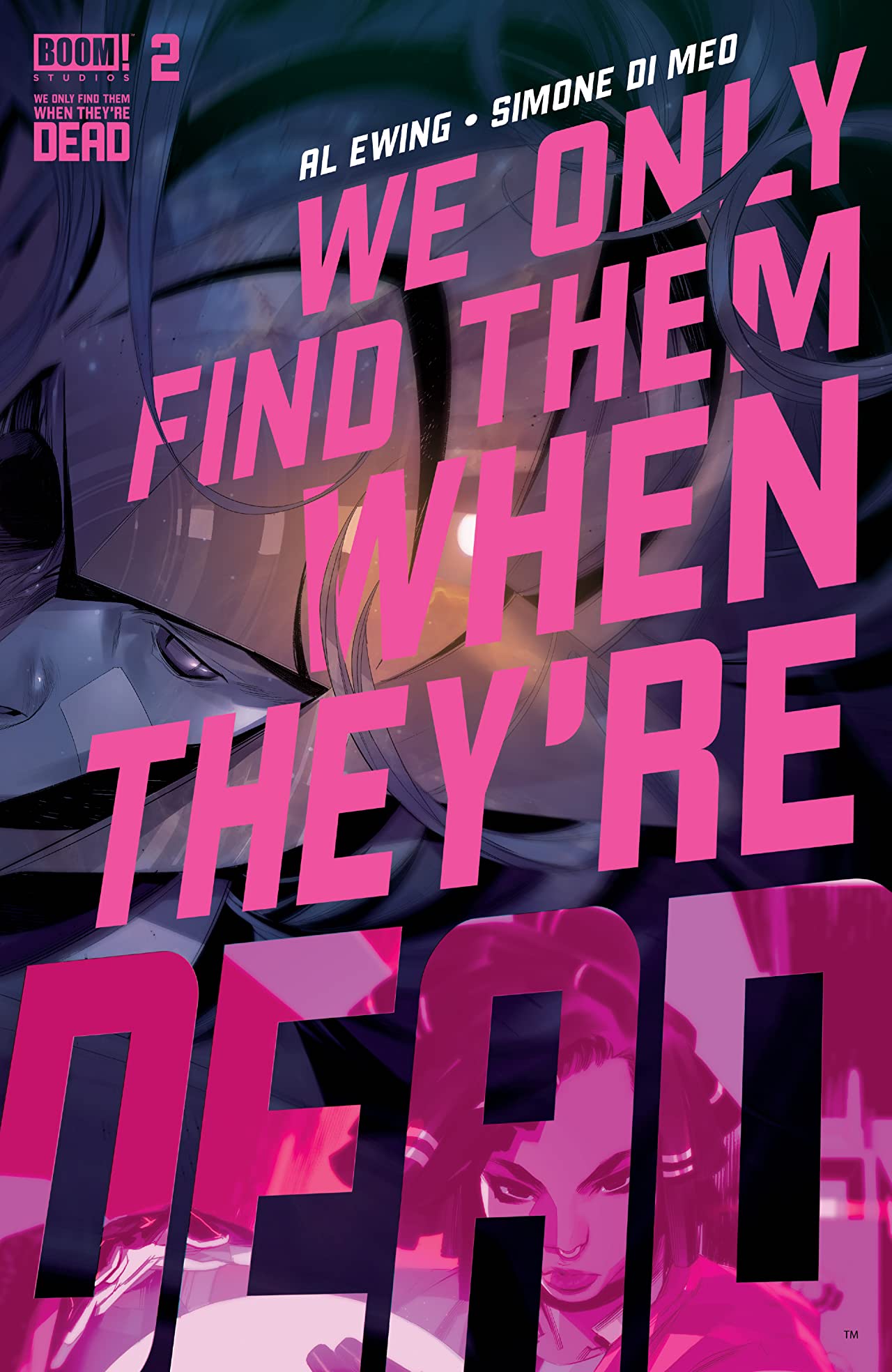 As the haunting refrain of an autopsy ship with a crew of four continues to reverberate on the pages of We Only Find Them When They’re Dead #2, I find myself thinking about how this story will present in a full collected volume where there aren’t weeks between issues and the story is able to flow continuously.

Arguably, the notable strength of We Only Find Them When They’re Dead #1 was how well it created the desolate atmosphere and cultivated a rich and deep lore surrounding these space faring crews as they mine gods for resources. The first issue was steeped in ominous tension and the foreboding last line promising an encounter with a live god.

The second issue keeps some of the same energy, largely in part due to the stellar artwork of Di Meo, but rather than the most vague and general notions in the first issue, but also leans much heavier into exposition and characters interactions.

We get a more direct sense of how Captain Malik interacts with his crew, and the social dynamics at large. We see them interact on and off the job and the existential and physical threats of their operation. Ewing layers in more lore with the deeply personal, and while it’s a lot to take in, it’s also immensely rewarding.

The issue feels long overdue with how much it manages to pack in, but there is a balance to the dense exposition and plenty of times where Ewing knows to let Di Meo’s artwork speak for itself to great effect. It’s structured in such a way that encourages you to take in the majesty and awe of the story slowly, and it pays off. But ultimately, We Only Find Them When They’re Dead #2 continues to blaze a strong trail in the latest of epic space operas.

Reading We Only Find Them When They’re Dead? Check out BNP’s other reviews here.