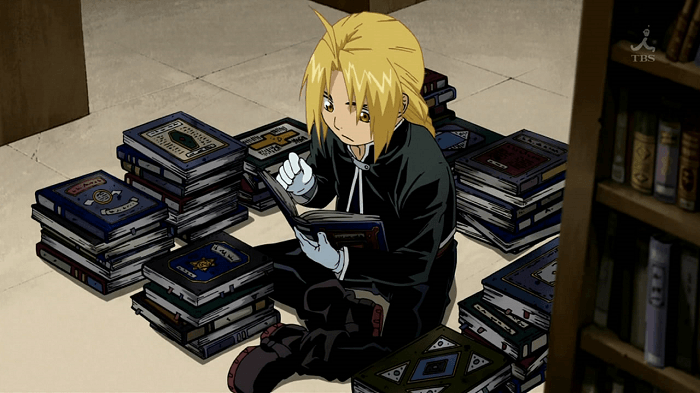 152 Shares
(original artwork courtesy of Zerochan)
Slang is an incredible art form in language. It’s truly an underappreciated alchemy the way the soul of Black folk come up with terms via equivalent exchange from one meaning or seemingly out of nowhere. It’s said that Shakespeare created some 117 words in the English language. Well we got a few more to add to the roster. These aren’t terms you’ll find anywhere else; this is a glossary of the slang we use with one another at Black Nerds Problems. These terms of ours were all forged from pop culture and inside jokes then given life once everyone started unknowingly using them in their day to day routine. 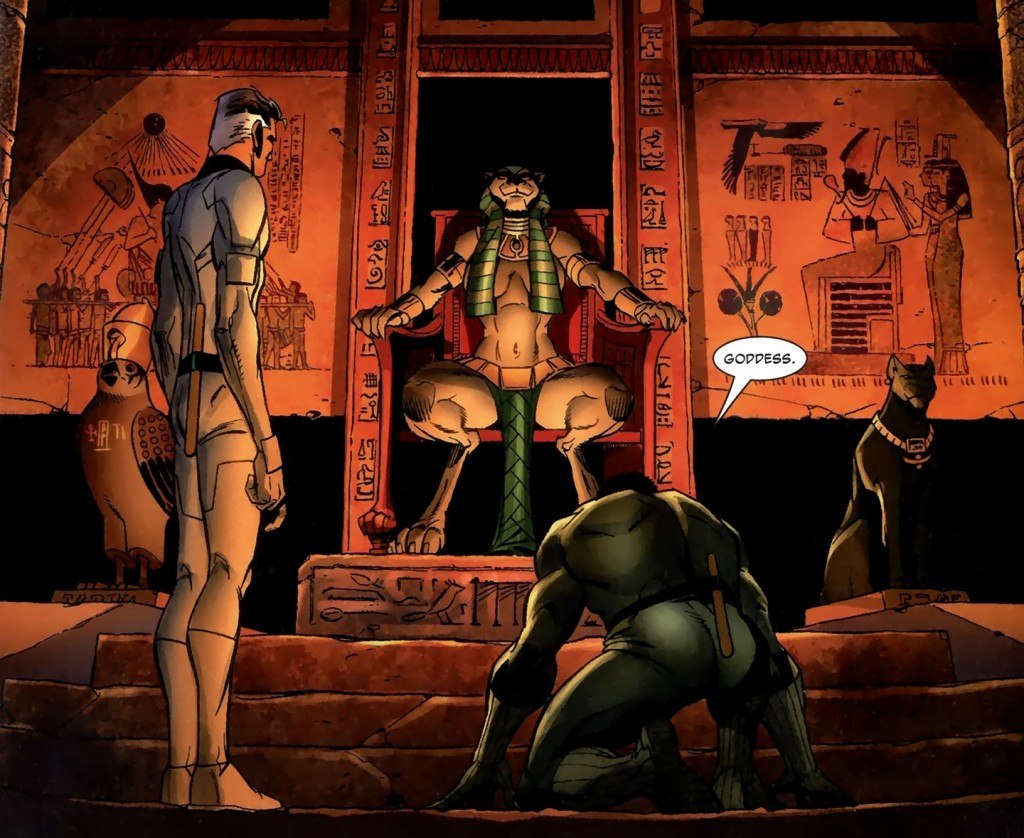 Explanation: BNP is a lot of things fam, but shaming or excluding on your spiritual proclivity ain’t in our DNA. We keep it real noncomittal when it comes to faith, i.e. we keep it nerd, nahmean. Bast is the Panther God, worshipped by the good people of Wakanda and who has infused Black Panther himself with the supernatural powers he currently possess.

Example: “If they run out of chips at Chipotle again, I swear to Bast, I will not be held accountable for my actions.”

Explanation: I’ve run this down before in the nerd theme song joint, but here’s the gist: The world is crumbling and the impending doom is palpable. In Naruto Shippuden, the leader of the Akatsuki takes on the name Pain (formerly Nagato). At the time of his appearance, he’s the most powerful shinobi in all the land and the most terrifying. His theme is a bastard orchestra of hopelessness and you know what’s coming when the horns start blaring. When it be like this, when the day has just been a dumpster full of no, my go to is either insert this video into the conversation, or simply hit them with [Pain Theme] for shorthand.

Example: Gotta stay late tonight at work because my employees are a bunch of low level skrulls bent on making my life horrible [Pain Theme].

Emotion: An unexpected failure or loss that carries with it a level of savagery
that may prompt the caster to audibly yell in despair.

Explanation: Fam, sometimes you just get caught in a situation or predicament you didn’t plan for, expect, or compensate for. Shit happens, quick and without warning, like a drive-by shooting. First everything was cool, and then it was the opposite of “everything was cool” and now you are stuck with the feeling of being gutted and left on the side of the shore. The yell you might produce as a reflex may be the last thing that existed in your torso before you were hollowed out by the event. The origin of such is from Attack On Titan.

The scene in question was recently featured in the ‘Deaths in Anime that Scared Us for Life’ post, but the overview is that Special Operations squad was winning against the Female Titan, and then they weren’t in a big, big way. When Petra watches one of her comrades get the incisors, she’s in shock and ultimately not able to pull up in time to avoid a vicious curb (tree base?) stomp from the Female Titan. As if that weren’t bad enough, the guttural scream from Eren watching that play out is the perfect representation of a man that has lost everything. So, so quickly.

Example: “What do you mean the Lemonade tour is sold out? That shit sold out in 40 seconds? Gotdamn. Eren yell after Petra got stomped, man.”

Emotion: When something is of substandard quality. 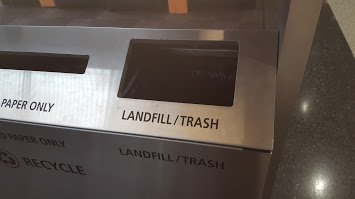 Explanation: This one is simple enough. Folks been using trash or garbage to describe something that doesn’t meet their expectations for a while. This is just an evolution of that, cuz sometimes calling Arrow trash since season 3 ain’t really enough to get your point across.

Example: “Who told you that they liked True Detective, Season 2? I wouldn’t trust anything they say cuz that shit was landfill.”

BNP Term: Not like this (usually with meme or gif)

Emotion: This shouldn’t be happening, and the way it’s happening makes it even worse.

Explanation: At BNP, collectively, we try to be the optimistic type. We assume that if we keep doing things right, that good things might happen. Well, that shit ain’t guaranteed and sometimes things go very badly, very quickly. Only thing that can make it worse is when things fall is apart in the most gruesome way possible. See: Betrayal, the unexpected collapse, etc. The term is derived from The Matrix, when Cypher tried to sell out the whole fam just so he could taste steak again. When he pulls the plug and kills Apoc, Switch knows the fade is coming and is instantly mournful. She looks up into the camera hoping for mercy while still shaking her head before uttering the immortal phrase, “Not like this. Not like this,” before getting her own plug pulled and falling lifelessly on the floor. I think we’ve all been there, fam.

Emotion: When watching someone get beaten /
vanquished / embarrassed by an unlikely source.

Explanation: I still think that the greatest trick the devil ever pulled was Drake making people forget the first lame ass diss he threw at Meek Mill called Charged Up. That’s because when he followed it up with Back to Back, the end was nigh for Meek and it was just uncomfortable watching that play out. Begrudgingly for me to admit, Drake had a lot of crazy punchlines at Meek’s expense, but the one that stands out was turning Meek’s words back on him. The line “Now you get bodied by an singin’ n****” is just savage for no reason, but is also Drake owning the soft persona stereotype for himself while weaponizing it against Meek. We put that term in the mixer to fit the content we droppin’ on. It’s used to counter hubris and dead whateva shit dude was spewing before.

Example: “Slave masters was out here talkin’ all the head about Daenerys being weak. Now they getting bodied by a dragon riding chick.”

BNP term: Daredevil yell after tracking Ninjas by their breath

Emotion: Accomplishment that results in you yelling in triumphant victory.

Explanation: There’s no victory like the one Daredevil had after he was gettin’ mollywhopped by ninjas. They were so silent that his radar sense was useless until his mentor stick helped him realize he had to track the ninjas by the sound of them taking a breath. Wooooooooo, once Daredevil got that Game Pro tip he proceeded to bang out the metaphorical beat’em up elevator level with ease and then release the most primal, visceral, gutta gutta, hood Rick Ross plateau grunting yell you’d ever hear in your life. That yell? Is the true sound of victory. That yell is 100% raw uncut Antwon Fisher, “It don’t matter what you tried to do to destroy me. I’m still standing! I’M STILL STRONG” personified.

Example: “Just got that ten page paper I handed in 5 hours before class back. *checks grade*
Oh shit. I got a A-minus?! What?! WHAT?! DAREDEVIL YELL AFTER TRACKING NINJAS BY THEIR BREATH!”

Emotion: When you gotta sacrifice your convenience or comfort for the big picture.

Explanation: 83.7% of the time when you do the right thing, you know it’s the right thing because it cost you something you hold dear or were looking forward to. This is the term for when you begrudgingly put aside your earthly tether in order to do better and become better. This is the very thing Jon Snow went through in order to reach his final form as Lord Commander of The Night’s Watch.

Example: “I don’t know about an all woman cast for Ghost Busters.”
“Aye, Kill the Fanboy so the fandom can live.”

Emotion: Witnessing someone catch a beat down that
defies most conventional commentary. 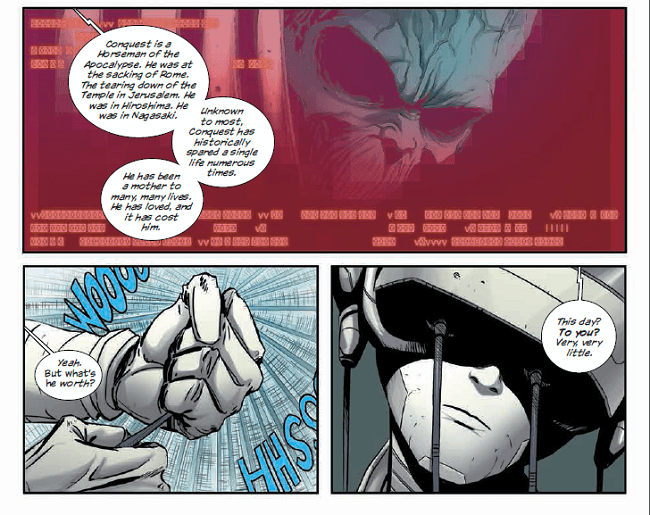 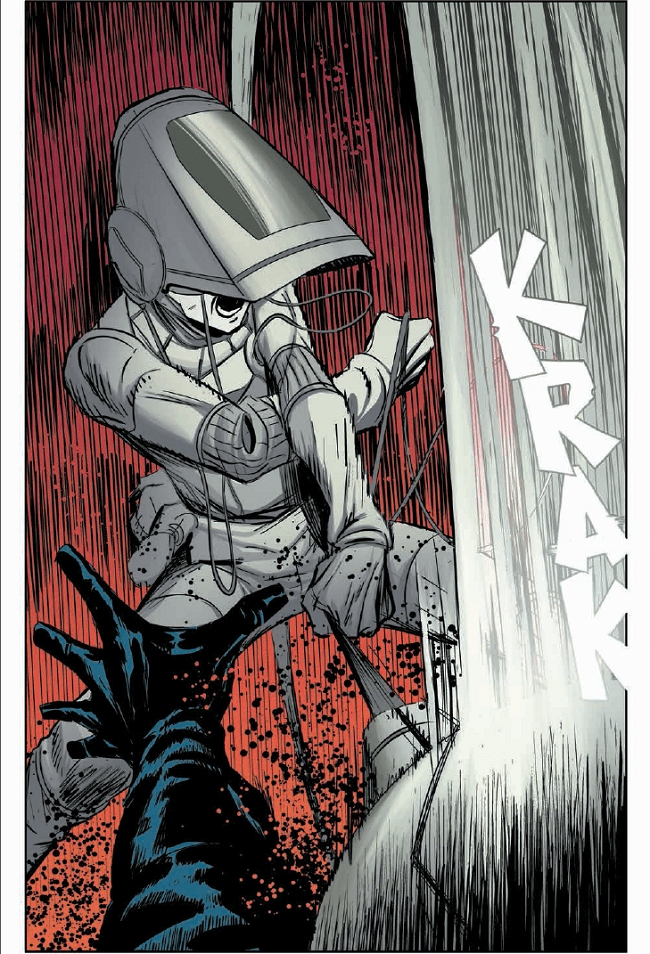 Explanation: Jonathan Hickman is a world-building god and right in the middle of his comic book East of West #15, the savior, The Beast, the son of Death himself is planning a daring escape from his confinement. Confronted by the other horsemen, The Beast with his trusty AI companion, who he nicknamed Balloon finds Conquest at his mercy. What follows can best be described as the most effective and violent game of whack a mole in recent memory.

Example: “Dude ran up on Jon Snow during the battle like he was about to make the Bolton clan proud but instead caught that fuckin’ balloon.”

BNP Term: Don’t Nobody Care About your Combined Lameness

Explanation: Ok, this shit is just spiteful, I know. It borders on unreasonable, but yo, you knew what this was when you clicked the link, fam. I know selfies are the new Black and shit, and we all collectively decided that taking pictures of ourselves was no longer some corny shit. Fair enough. But it don’t mean that we don’t have lames in our midst that just be doing too much. And what’s worse than lames. Boo-ed up lames. Power couple lames. ‘We steppin’ in lamer this year,’ lames. Sometimes the total is greater than the sum of the parts, so when two people go Soul Eater and combine their powers, sometimes its too much to bear.

Example: “Did these cats pose in front of a fake club banner like this shit was No Limit circa 1998. Don’t nobody care about your combined lameness.”

Emotion: A declaration that’s a forewarning for breaking news, a huge revelation.

Explanation: Not to be confused with son. Sun is used when you’re in a conversation and have something to call to attention that is of the utmost importance. It’s so important that all everything else gets outshined and attention is being called to orbit around whatever is about to be said.

Example: “You ain’t hear about what happened on season 4 of Orange is the New Black?! SUN! … you ain’t goin believe this shit.”

BNP term: Untethered / In the void

Emotion: Letting go of everything that has kept you connected to the world.

Explanation: This is that moment where everything around you has gone to utter shit. You are surrounded on all sides and getting flanked by bullshit of the highest caliber – be it from friends, work, family, loved ones, or FOX News. The only solace is the that of the void as Zaheer showed us in Season 3 of Legend of Korra. My man saw his girl get the Wyle E. Coyote pre-ACME explosives recall and ain’t come back from the void since. Not everyone can reach the void. You have to be able to leave everything that tethers you to this world behind you.

Once your mind is able to reach the void, whatever happens to your physical being is of no consequence. No bullshit formed against you can shall prosper so long as you’re in the void. You know you’ve ascended up into the void once you hear the opening lyrics to Simon and Garfunkel’s “The sound of silence”.

Example: Co-Worker: I mean Hillary represents all that’s right about feminism and progressive America in 2016—
*Nodding as sound draws out from around you and “Hello darkness my old friend” plays in your head*