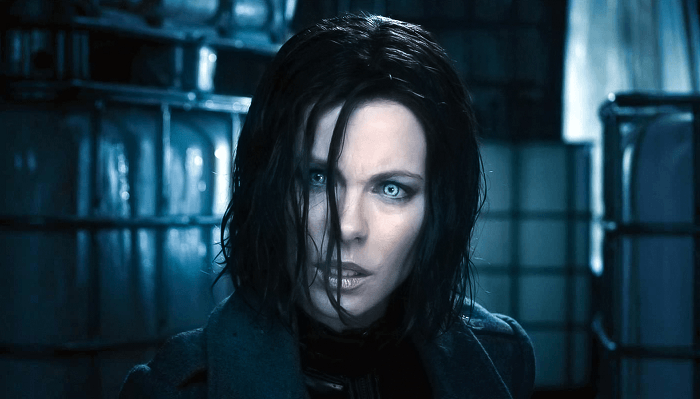 [divider type=”space_thin”]
There are a great number of things that I should and still kind of love about the Underworld series while fully realizing that it’s not exactly the Dark Knight trilogy for vampire flicks when it comes to quality. I mean, making werewolf transformations happen in live action ain’t never been easy, and this latest movie had rumbles of a lawsuit because it’s story strayed a little too close to the game Vampire: The Masquerade, but still. Despite it’s can’t really walk in the daylight weaknesses, I can still watch undead or emo beasts of the night merge supernatural powers and gifts with modern day weaponry and feel like I didn’t waste a couple of hours. Give me gadgets and full auto pistols with UV light bullets. Give me a man that transforms into a beast in midrun on the walls. I’m here fam. For all of it. Especially a really attractive protagonist letting them thangs go in a sleek black zero suit. Well, about that.

Maaaaan, listen. I want you to flash back to 2003 with me, when a young William was in his early 20s, brimming with the confidence of a mediocre white dude. I was smart, in prime athlete shape, I knew all the house dances, I could get in free to the Fall Icebreaker depending on what frat was hosting it; it was lit over a decade before anything would be called lit. Underworld had me hype because, vampires. Kate Beckinsale was basically coming off of being the extremely pretty “it” girl with previous flicks like Serendipity and Pearl Harbor (that movie still makes me shake my head for a multitude of reasons). So, when I saw the trailer of Beckinsale breaking out of romantic interest plot point role and moving into undead but very much badass heroine out to restore balance and fend off the coming vampire / lycan war, I was all in. I mean, fam. Look at this movie poster. Selene is not here to play with you heauxs. 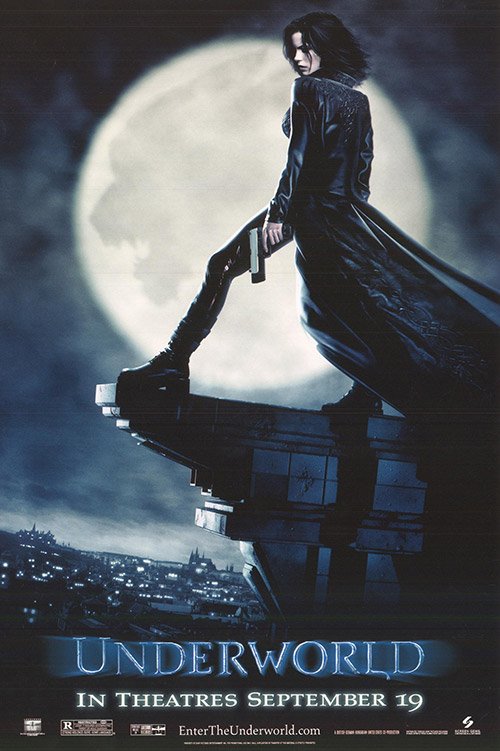 For real, this was one the sexiest images from a movie poster in the early aughts. Still-frame game turned up to eleven. So yes, muthafuckin’ yes, I was up in the theater ready to see all this glory. I’d tell you who I took to the movie, but I don’t remember and that’s not important anyway. That night was about me, Selene, and some pale-on-beast violence.

And then, about an hour into the movie, I felt like Selene got up from our dinner, went to the bathroom, and then had the waiter send me a note like, “Sorry, I had to leave. I know that’s rude to stick you with the bill. But the chicken was dry anyway, so don’t pay full price.” At first I thought the movie depressed me because it only has two color schemes in the whole film. But nah, I was depressed because Kate invited me back to the spot, asked me to come in. Then told me to sit on the couch and watch TV by myself while she went to bed. I sat in the theater like… do I just sit here in my seat till she gets back… or go home?

Watching any of the Underworld films makes me feel like Kate Beckinsale is completely bored with my existence, fam. I feel like she invited me over to the crib to chill and listen to music, but just speaks in deep sighs all night because she actually hates her own vinyl collection. And because she’s talented and gorgeous, I’m over here like, Kate what can I do to make it better? What can I do to engage you and make you happy? And she, while still rocking the black leather and badass cape, just looks at me and says, “Baby, I don’t really know. Nothing is probably going to help. Get taller maybe?”

If Selene ain’t banging them hammers or using the vampire / dark knight gadgets, she look like she at the DMV on a Monday. Like nobody wants to stand in this line, but what you gonna, not drive? All I want Kate to do is get her license and have good hair in the pic, man. All I wish for Kate to do is discover on-line registration, yo. She for real out here on that Diddy, “if you don’t blank expression, you don’t eat.” Maybe I’m projecting. I dated a woman once who was always down to go out with me, but turned into posing for the Mona Lisa when we would link up. She hit me up three years later saying we just got together at a bad time for her, because a family member had a long-term illness and were in their last stages. Bad breaks, ya know. I’m not a Lycan, I have a heart and understand.

So I thought, maybe that’s what’s going on with Kate Beckinsale. We don’t know all there is to know about celebrity’s lives. Maybe someone in her fam was going through some rough shit when Underworld dropped. By Underworld: Evolution I was like, oh, same shit, ok this shit must be terminal. When I saw Underworld: Awakening, I was said, aiight, somebody been dying of the same shit for about a decade now. Ain’t no more excuses yo, Kate just rather be getting a root canal then playing Selene. Kate rather be washing her hair than playing Selene. Kate probably screen test Selene while still wearing the breathing mask she slept in fam. We can’t try to call it something else anymore.

I still learned how to enjoy the films though, you just gotta temper your expectations. Selene the type of person you make pay up front when you splitting the meal. Don’t ever let a Selene type go second in the I’ll do you, you do me scenario. Ain’t nobody trying to be intimate with someone carrying the enthusiasm of a bus stop when it’s their turn to put in work. You can’t let a Selene be your agent if you ever want to get booked for any gigs. You gotta meet people where they at, and Selene ain’t never gonna be in the cheerleading section. Or anyone’s hype-woman on stage. You call Selene when you think you did something stupid and you need validation ‘cuz she gonna be like, “ehh.” You don’t call Selene when you accomplished something big to share the news ‘cuz she gonna be like, “ehh.” As long as you know this going in, the films are still watchable. Well… mostly.

The upcoming Underworld: Blood Wars drops this week and it’s being talked about like it’s the last one. I hope so fam. Not because I need the Underworld films to stop, but because I know what it’s like when you have to do some shit you don’t want to do so that you can do what you want to do. I don’t know what Kate wants to do, but it obviously ain’t this shit. Be warned Evangeline Lilly, this could happen to you. Choose projects you want moving forward. Remember, Beckinsale and Biel did that so hopefully you won’t have to go through that.

As for Blood Wars… yeah, I’m still gonna see it. Selene’s apathy just makes me want to be there to comfort her more. I ain’t gonna try and hold her hand though. She’d probably forget I was there ten minutes later anyway.