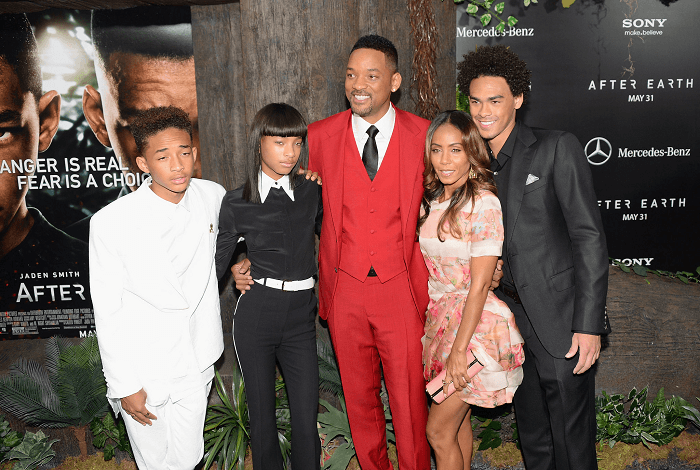 Some years ago (let’s say it was around 2000), one of my best friends listened to some long prolonged rant of mine about not liking an interview by Will Smith. My friend retorted by saying, “ya know, would it be too crazy to believe that Will Smith could be the first Black President? I mean, you can’t laugh it off because he’s an actor, look at Reagan. He’s about as popular as possible, super charismatic guy…” He trailed off in my head because I thought, My God, he might be right. While it didn’t come to fruition in any sense, it has preserved the thought in my head that one of Hollywood’s most successful box office draws ever, could in fact, do whatever the hell he felt like doing. What Will (and Jada) felt like doing, was legacy building, recognizing the power of the their cumulative careers and using that might to put their children into the fame machine early. If that sounds cynical in any way, it isn’t meant that way, it’s just the path they’ve walked. If that was their intent from the beginning, then it would be hard to say that they haven’t been successful at becoming the First (Black) Family for entertainment. 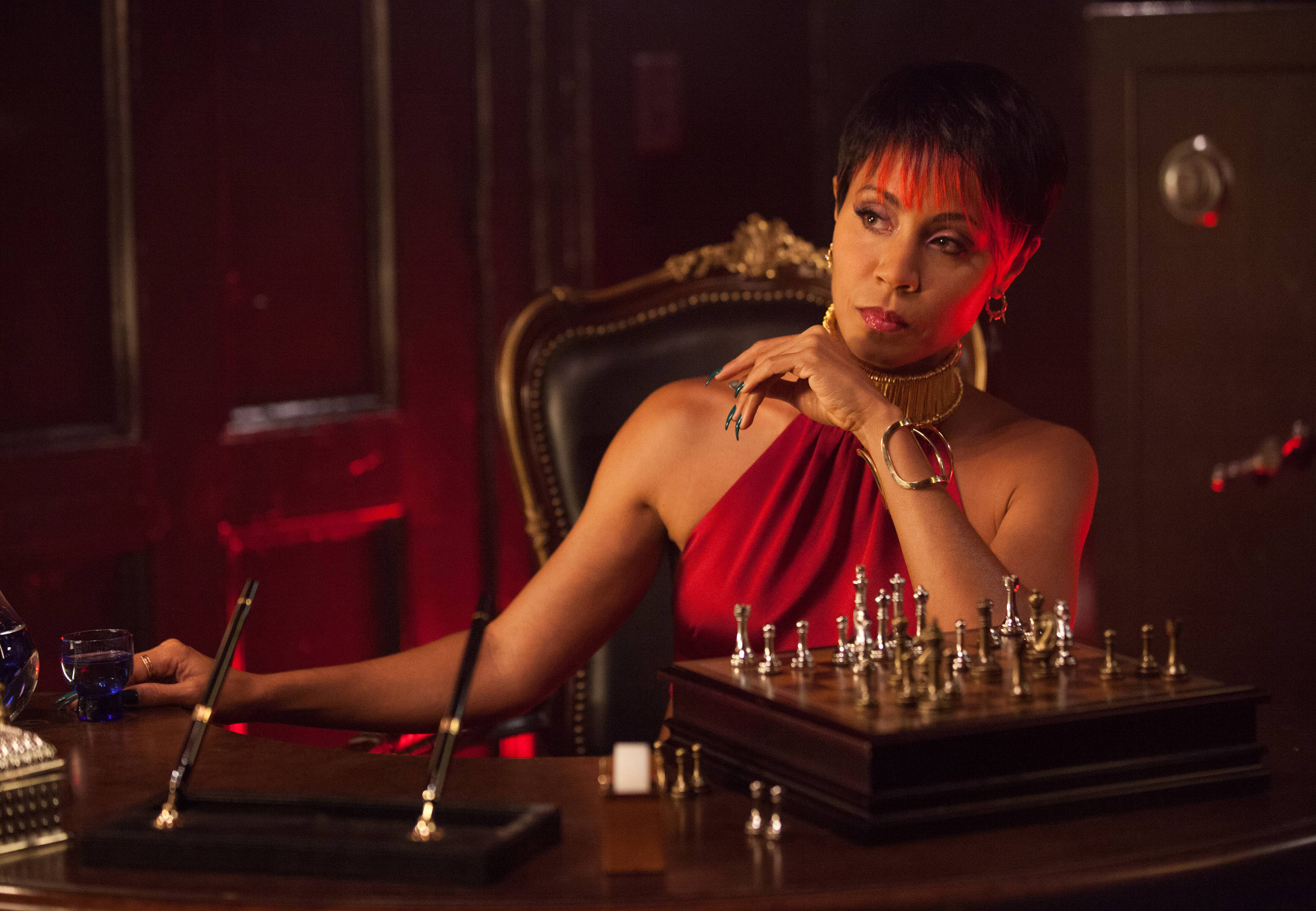 So guess what DC, the First Family is about to invade your mythology full force. With Will Smith signing on to play Deadshot in the Suicide Squad movie slated for 2016, that would make the two heads of that household in prominent roles within the DC Universe. Depending on who you ask, Jada Pinkett-Smith has had a memorable and noteworthy run as the newly created character Fish Mooney, a crime boss in Gotham’s very crowded villain field. While knowing the story of the villains of Gotham, it’s a good bet that Pinkett-Smith’s “Mooney” won’t last all that long (or might fade away for the sake of Gotham’s canon villains), the popularity of her character on the show has led to a lot of chatter that Fish Mooney might appear in the comic books (similar to how Harley Quinn came to be). With Will signing on to play Deadshot, it brings a number of interesting questions to mind (some we kind of have answers for already). Question One: Did this just become the Deadshot show with Smith signing on? Even with Tom Hardy and Jared Leto being hugely lauded after actors, Will Smith was still the biggest movie star on the planet at one time and only isn’t now because he prioritized putting his children on, over doing another $30M payday for himself. Since this is an ensemble type of movie, it’s curious that Smith would sign on at all. This is the same guy that claims he only turned down the role for Django Unchained because the role wasn’t large enough. I don’t’ know where that leaves Smith now, who is still a super talented actor, but probably moving into the early onset Denzel career step where he will be playing different versions of himself from here on out.

[divider type=”space_thin”]
Question Two: Why no pushback or outrage over the race-bending of Deadshot? This one is easier though. Because he’s Will Smith. Because Will Smith the actor is more popular than Deadshot the character will ever be (and in the DCU, we love us some Deadshot). But also because Will Smith has been entertaining America (white folks) for a couple of decades now and they’re pretty comfortable with him playing anyone at this point. I wrote about that some before in a column about Dwayne Johnson when it was still possible he might play Shazam. But here’s the most interesting question for me: Why aren’t we excited about the Smith family occupying space in our beloved DCU?

You have an unapologetic black and beautiful family that has achieved the highest level of success in their respected disciplines. They build schools, wear natural hair, they (read: Jada) often (read: sometimes) speak about social issues. So why aren’t more people like me, a person of color and an unabashed nerd, not over the moon about this development? Well, because the Pinkett-Smith crew is weird as all hell. And that’s not weird as in to be dismissive of different states of mind or ways of living. That’s weird as in not entirely relatable to the average person. This isn’t a detriment or a slam, but really an issuance of circumstance. Most rich people live completely different than your average Nine to Fiver, but I imagine being a wildly successful Black Family in Hollywood is more akin to living on Venus then it is to Will Smith’s original neighborhood in Philly. Just ask Chris Rock about that. But plenty of stuff about this specific family draws some side-eye too. Between the picture of Willow laid up in the bed with a grown ass man with the subsequently weird defense and justification by Jada, Jaden’s twitter feed, his The White Knight costume / suit at Kanye and Kim’s wedding and of course, the interview of the teenagers that weirdly made everyone take a side (which, I admit was an unexpected consequence of that interview). And the Scientology rumors. Y’all don’t really want to talk about Scientology right? Cool, because I don’t either. Regardless, all those things have created a strong counter-narrative against the family.

Whether you’re a fan of the family or not, the family is at least interesting (I say this as generally interesting. Personally, my interest level seems to dwindle more on people who find themselves a little too interesting, but I digress). Only the most cynical or agenda driven person would conclude that they aren’t talented. They most definitely are talented. But isn’t it fascinating that when Will Smith is cast in a DC Comic Book movie to play a familiar character, it causes more eyebrow raises than outright celebration? Why does a storm cloud gather over our heads when rumors say that Jaden is the target for the Static Shock movie or when his name is brought up to star as Miles Morales in a theoretical Spider-Man flick? In other circumstances with certain idealist notions, maybe we would be really excited. But it begs the question of who’s notions are we ascribing to the Smith’s. Do we penalize them for their pushback against societal conventions? Are they treated any differently than white film royalty that might veer into the obscure from time to time? Or is all of this for naught because Will Smith is probably going to destroy his role as Floyd Lawton? Wait, Will Smith as a “Floyd” though? You know what?