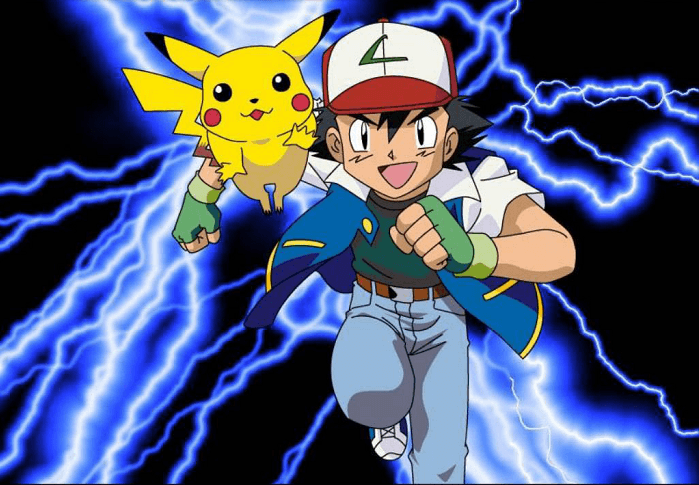 When I was in third grade, I happened upon a conversation between two male classmates of mine. Pokemon had just started airing as part of the weekday afternoon block and was quickly growing into the mega-franchise it would soon become. The boys were discussing their favorite Pokemon, and I was curious about what all the fuss was about. But as soon as I walked over, one of the boys turned to me and said, “You don’t know about Pokemon. Girls don’t watch Pokemon.”

Of course 8-year-old me didn’t know what sexism or gender bias was, and didn’t have a grasp on the innate idiocy of 8-year-old boys, but I’ve always been incredibly stubborn and incredibly contrary. So that afternoon, when I got home from school, I immediately looked for the new episode of Pokemon and watched it studiously, remembering the different breeds of pocket monsters and their attacks. [quote_right]”The protagonists of these series were males with strength and power, enough to fight, maim, and kill—so unlike the few female protagonists in anime I was exposed to…”[/quote_right]The next day, the first thing I did was march up to the boy and, as though I was taking an oral exam, proudly announce the names of five Pokemon I had learned about from my first time watching the show. His jaw dropped in awe that a girl had watched the show (8-year-olds have very low standards for shock). I felt vindicated, having proved my point.

But even though I had originally watched the show to prove that point, I kept watching. I became addicted to Pokemon, getting the Game Boy games, collecting packs and packs of cards, collecting anything and everything Pikachu related (although, to be real, Eevee and Charizard were my favorites) and watching every episode of the series. Thus began my first real foray into anime, all thanks to some random boy’s stupid comment.

While I would soon go on to watch almost any anime series I could in those sweet, priceless days of the WB and Toonami cartoon blocks, I remember having a similar encounter that would color my anime tastes again. By the time I was in fifth grade, I was thoroughly enjoying magical girl shojo like Cardcaptor Sakura, The Vision of Escaflowne and Sailor Moon, and one day I began talking about TV shows with the boy sitting next to me. He was addicted to the shonen that were gaining attention at the time, like Gundam Wing and Dragon Ball Z. He’d explain in detail every plot point—in other words, he’d mime fight scenes and make sound effects for 10 minutes as I sat there quietly. (Do you know how many mimed kamehameha attacks you can withstand? No? Well, I do.) Anyway, I didn’t get all the fuss, and the boy concluded that I probably didn’t get it because I was a girl and was scared of violence. I immediately started watching Gundam Wing and Dragon Ball Z, and again, I became fully engrossed in both series. I even started building Japanese Gundam models, because that’s how hard I nerd (and I still have Endless Waltz on DVD).

I don’t say this to mean that I owe anything to these boys in terms of my nerd origins. I was already in the nerd game and had been exposed to anime, though I didn’t know what it was yet. I’m saying that the politics of exclusion—particularly in this case gender—and the “rules” and limitations attributed to that exclusion affected my perception of gender.

[quote_left]”I’m saying that the politics of exclusion—particularly in this case gender—and the ‘rules’ and limitations attributed to that exclusion affected my perception of gender.”[/quote_left]So began the great age of shonen. I was shamed out of watching my usual shojo, so I delved into the endless stories of the muscle-flexing, gun-touting, sword-wielding male protagonists of the shonen: Inuyasha, Goku, Kenshin, Yusuke, etc. Fight, go on a quest, fight some more, enter a fighting competition, then continue on a quest, finish that quest, level up, fight, start a new quest that involves fighting. I joke about this now, but I was quoting Heero Yuy on the regular in the schoolyard. (We don’t have to go into how troublesome it is for a quiet 9-year-old kid to go around quoting an assassin, talking about how people needed to be “eliminated” in her Catholic school…) But these characters were different than those in the shows more geared toward girls my age. The protagonists of these series were males with strength and power, enough to fight, maim, and kill—so unlike the few female protagonists in anime I was exposed to, girls who happened upon magical powers that may or may not be powerful or useful, and who frequently relied on the strength of their feelings (and cute outfits).

I was a quiet, insecure kid who admired strong, confident characters who fought against the odds—I mean, who doesn’t, right? So in looking at girls who fought with the power of love and guys who simply fought with their strength, it seemed pretty obvious who would come out on top. There just weren’t many, if any, female protagonists who portrayed power outside of the constraints of gender stereotypes. And if there was a female who kicked ass without using the power of her love and tears, she did so in a skimpy outfit. There are exceptions of course, although I cannot think of many. Even nowadays, rarely can I find a powerful female protagonist who can really kick ass without even a little bit of fan service. Even when it’s used ironically or self-consciously (e.g., the fan service episodes with the kick-ass female characters in Fairy Tail, all of Kill la Kill in its ridiculous, satirical glory) fan service—supposedly harmless panty shot or boobs that move independent of a girl’s body while she fights and readies her attacks—reinforces the idea that men play the game with pure power, strength and force of will, while women, even when they do roll with the boys, can only truly derive their strength from their emotions and sexuality. Again, there are more and more exceptions as time goes on, but the amount of strong female protagonists—and I do mean protagonists, front and center alongside or ahead of the boys—who contradict this claim is paltry.

Just as female characters—and also females in real life, because, let’s get real and recognize that these issues are not exclusive to anime or entertainment media but symptomatic of broader cultural and social paradigms—are frequently consigned to the categories of Madonna or whore, so too is there a limited, either/or portrayal of strong female characters. If a female isn’t overly concerned with or ruled by her feelings, then she’s too masculine (e.g., think about the fuss about Korra, who some called out for being to brash and violent—when those complaints would definitely not be made if she were a male protagonist). On the other end of the spectrum, the female is then too weak. As for the kids who watch these shows, it’s tough not to be influenced by these gender politics, to feel excluded by the shows and themes consigned to their gender or, conversely, to feel limited by the implications these shows make about one’s gender. As a kid I remember thinking quite often how much easier it would be if I was a boy; it took me a little while to understand that the strength I was characterizing as exclusively male was not just physical, it was a political strength, a cultural strength. It was the strength of a majority.

It’s a problem that’s too big to be solved in one fell swoop—but for now, I just hope those little nerd kids out there understand that power and strength isn’t gendered, cannot be categorized. I hope they feel free to watch “boy shows” and “girl shows” and whatever they like—and fight with both hour-long kamehamehas and the power of love without thinking that they have to switch or rework their definition of gender to do so.