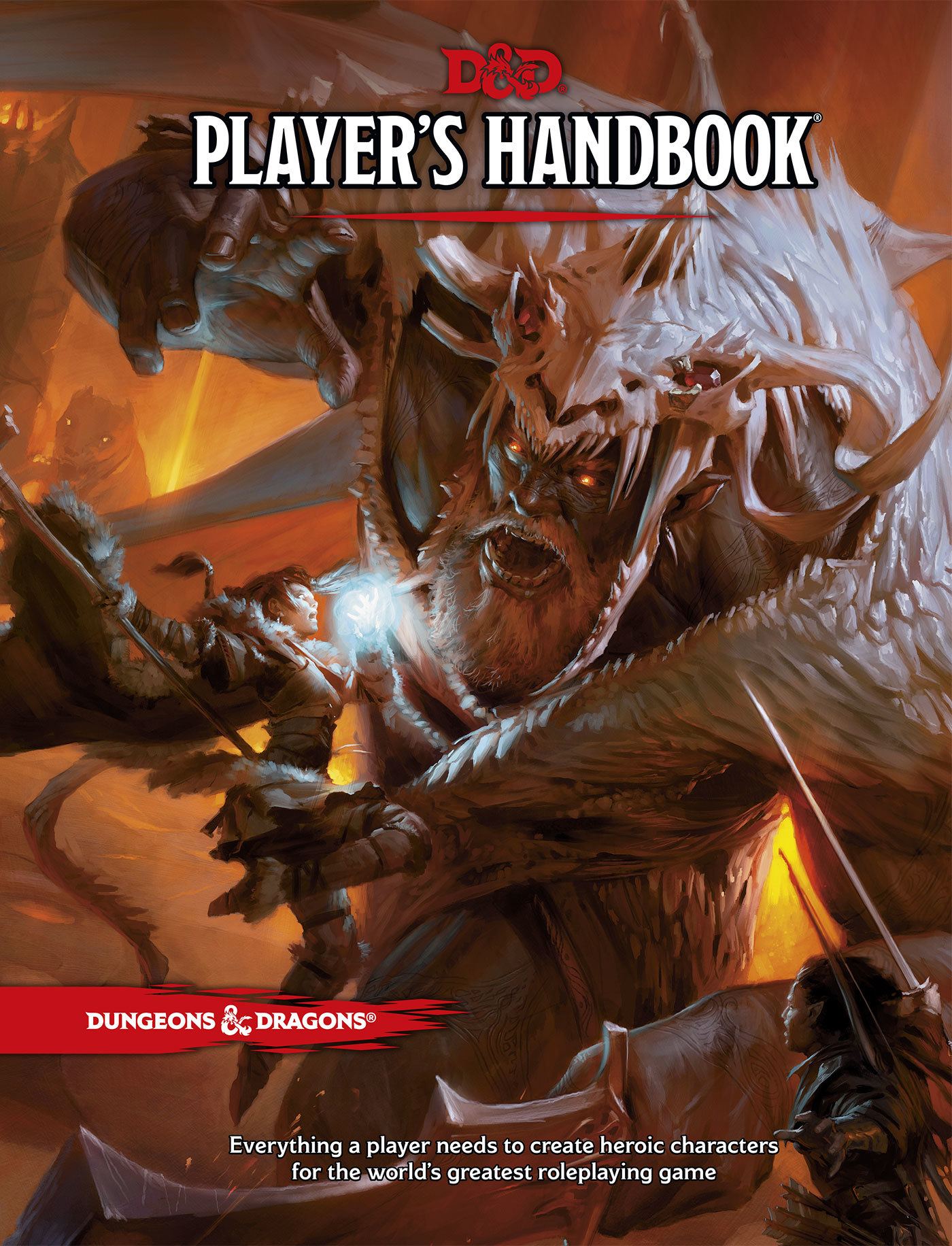 I’ve had some less than complimentary things to say about Dungeons and Dragons. I’ve said them to my friends for years. I said them to Cecilia D’Anastasio at Kotaku when the latest Tomb of Annihilation adventure came out. As a tabletop gamer, D&D is almost unavoidable. It is the First Game for so many people, it inevitably comes up in gaming circles. So even as I went about adamantly not playing it, Dungeons and Dragons was something I always had to engage with. Why didn’t I play D&D for the majority of my years as a tabletop gamer? And why now, have I started?

The People Who Play D&D

Whew boy, let’s be honest — some of the white men out in the world playing Dungeons and Dragons are of the worst sort. My first experiences in D&D were like a handbook of gender/sexual harassment. Like my first D&D Dungeonmaster who ran multiple nights of the group in the town tavern, with various members hitting on the female bar serving “wench” because of course. I, the party elf, spent those nights sitting in the rafters of the bar as a look-out because the towns folks didn’t like elves. This was, exactly as much fun as it sounds. I’ve had Gamemasters, Black and white, railroad me into typically “feminine” character choices, insist my character serve food to the other male characters because “that’s the culture here”, and of course, assume I couldn’t make my own rolls because adding 3 numbers together is super-duper hard. 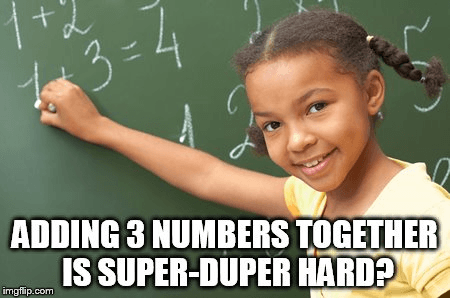 It is noteworthy that once I stopped trying to play D&D and started playing games set in modern and futuristic eras, much of that ceased to be an issue. I even found other women gamers and Gamemasters to play with. As a woman playing in an all-women game was a serious high-point for me in terms of creativity and hilarity. I can’t recommend it highly enough.

My experiences early in my gaming career, particular and non-universal as they were, taught me that D&D was a game that a particularly culturally regressive type of gamer liked to play, imagining worlds of rape and war, where the races were separate except for very specific “half-breeds” who were either rare, special, hated, or all of the above.
I’m sure all y’all have had better experiences than I. I’m sure you’ve played lots of great D&D games with white men who treated you and your characters as equals. I did not as a rule, and it turned me off from the game and the setting for years.

The Rules and Setting of D&D 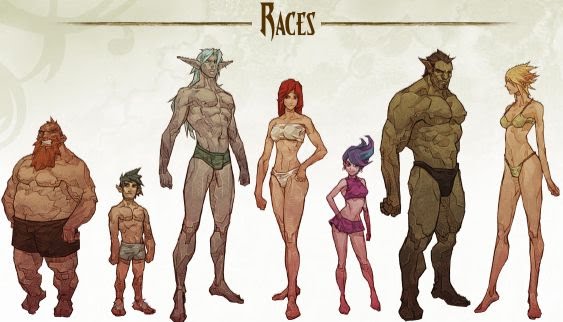 I’m a Tolkien geek. Elves and orcs and humans and halflings was my first fantasy world, so I kept coming back to D&D, even as the other players of the game disappointed me. Reading the rule books and racial designations, I came to recognize that the philosophies around “race” that used to be central to the game, are essentialist and problematic. Paul Sturtevant writing for the Public Medievalist lays it out very well in his article, Race: the Original Sin of the Fantasy Genre. In the article, Sturtevant illustrates how Tolkien, as exacting as he was with some details, conflated race, culture and ability in his writings. While you may be able to write that off as “a product of his time,” it is a generalization that has been inherited by D&D and other fantasy settings to this day. This means that your race dictates what you are capable of and your moral code, to such an extent that in many D&D settings certain races of characters *cannot be morally good/lawful*. This racial essentialism is difficult for me to just ride with as a Black woman who is so frequently assumed to be incapable of being on the right side of anything.

These racial challenges extend to multi-racial characters as well, as G.A. Barber from over at POCGamer talks about in an older article, Mired in the Past. It is baked into D&D that those players who do decide to create multi-racial characters, are fast-tracked to the narrative of a Tragic Mulatto. Forever to be “half-elf” or “half-orc” and never to be all-happy.

Further, as I got older and my taste in fantasy changed, I became less satisfied with an Eurocentric “medieval” setting. There is so much mythology and history to be explored all over the world. Continuing to privilege Western Europe as the best/only place to set a fantasy game is exclusionary, and in the end, boring.

These kinds of assumptions and role-playing guidelines around racial categories and Euro settings are hard-coded into the books, the images, and the rules to such an extent that playing against the type is an exercise in practically inventing your own game.

The Variety of Other Games Available 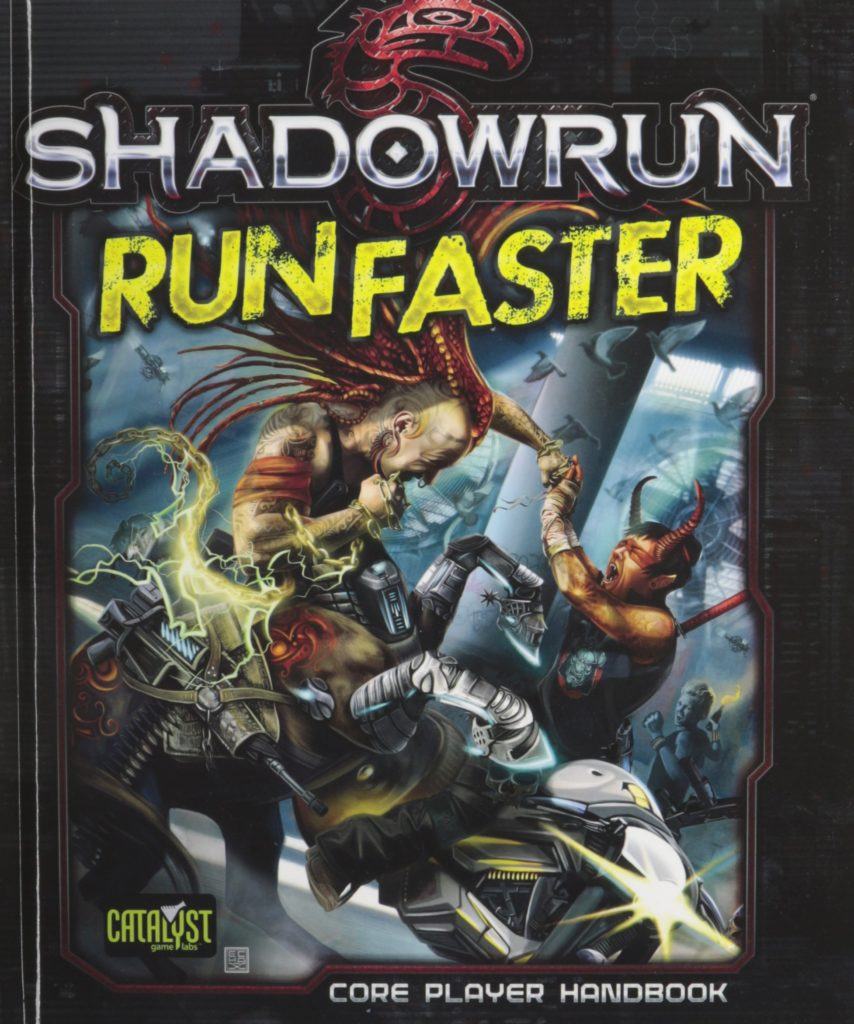 Let’s be honest, with all of this baggage, why should I struggle to play D&D when I can play any number of other tabletop roleplaying games? Unknown Armies is wonderfully weird. Eclipse Phase allows me to switch bodies every 30 days, to struggle with transhumanism, AIs, and to explore the edges of space. For fantasy, Burning Wheel gives me all the flexibility in character creation, along with a great framework within which to build my own world.

There’s also innumerable indie game systems to try. The Window is a system based not on numbers but adjectives, which was candy for a word-nerd like me. Dogs in the Vineyard, one of the most successful indie systems, is as complex and challenging as any game. And you can always play with the FATE system and any number of source books.

I and my friends have even tried our hands at making our own systems based on Heroes, Warhammer 40k (a great setting that has yet to produce a great roleplaying game), or Legend of the 5 Rings. Once you dig in and understand what you like in a game system, and what you don’t, it is easy to spend many a Saturday playing with rules and possibilities.

This Is Me Now

This is how after being a tabletop gamer for 20+ years, I’d never finished a game of Dungeons and Dragons. I said that to a new friend, a biracial tech in my office who we’ll call MJ, and he was floored. His answer? You haven’t played *my* game yet. MJ dared me to try again.

I reviewed the new 5th ed Players Handbook and found that many of my critiques no longer applied. The optics of the D&D rule books have changed significantly in the latest edition and become more inclusive across multiple lines. There are multiple people of color featured in the interior art, sex and gender is addressed directly in character creation, and there isn’t a chainmail bikini in sight. Wizards of the Coast invested some time and effort into listening to their actual, and possible, audiences and are making a good effort, even as some releases like Tomb of Annihilation, may fall short.

Together, MJ and I collected some other people of color who were interested in giving D&D another chance, along with a single white guy to balance things out. MJ walked us all through his gaming philosophy and really sold us on what has always been true: a roleplaying game is about the world the players and the GM create, not the one in the rule book. We threw the “racial” rules out the window and created the characters we wanted to play, weird and fey-touched and elementally attuned. Through the first game nights, we built our trust as a group. There were no wenches, though we spent a fair number of game nights in taverns. The world is multicultural and multiracial, both for humans and for the other humanoid denizens.

It is a year later, a hundred hours in, and I’m in love with our game, and finally finally after so many years, in love with D&D. The game has changed to get closer to something I can embrace. And I found a GM who shared my concerns and works to address them, so that we can create the game WE want to play. We are #TeamHalfsies (tongue firmly in cheek here) and I’ll be bringing you regular dispatches from our games going forward. We seem to kill a lot of NPCs, they totally deserve it, collect a lot of loot, and occasionally do good. Here’s hoping you enjoy reading our adventures almost as much as I enjoy playing in them.