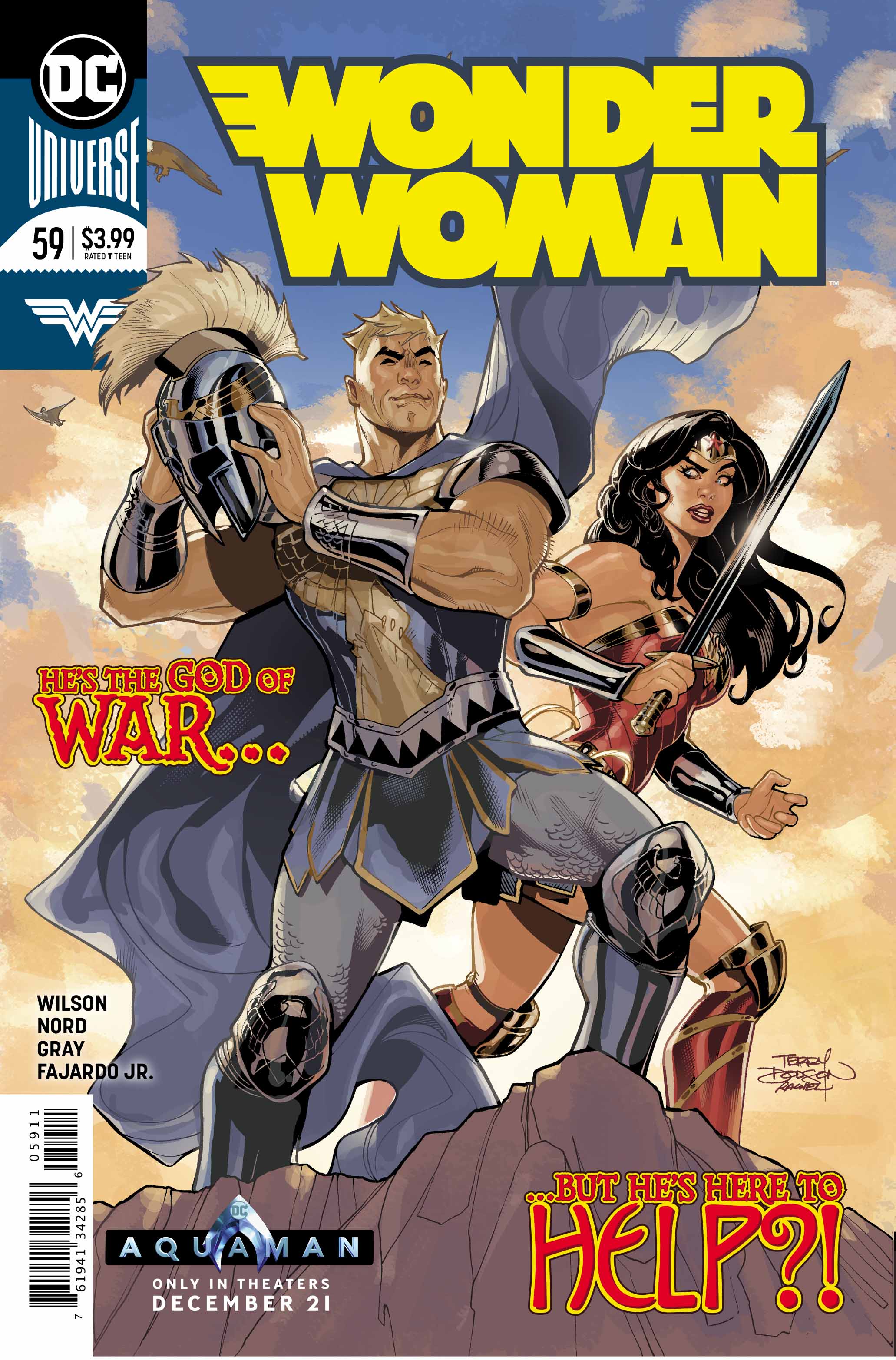 Remember in my review of Wonder Woman #58, when I wondered if this version of Wondy would lean towards the playful teen angst of Ms. Marvel? Well I wonder no more! This issue put all those cross-contamination fears to rest. As these pages unfold, the setting becomes clear: this is a story about the bloody, inconsistent moralities of war and how it does, or doesn’t intersect with Wonder Woman’s primary attribute: Justice.

And believe me, there’s no better person to bring up your faults than an old enemy. A nemesis knows what you say you stand for, and knows how to question it. That’s the bind that Ares puts Diana in 5 pages in, and truth to tell, the look on Diana’s face is like she’s been caught in her own Lasso of Truth. 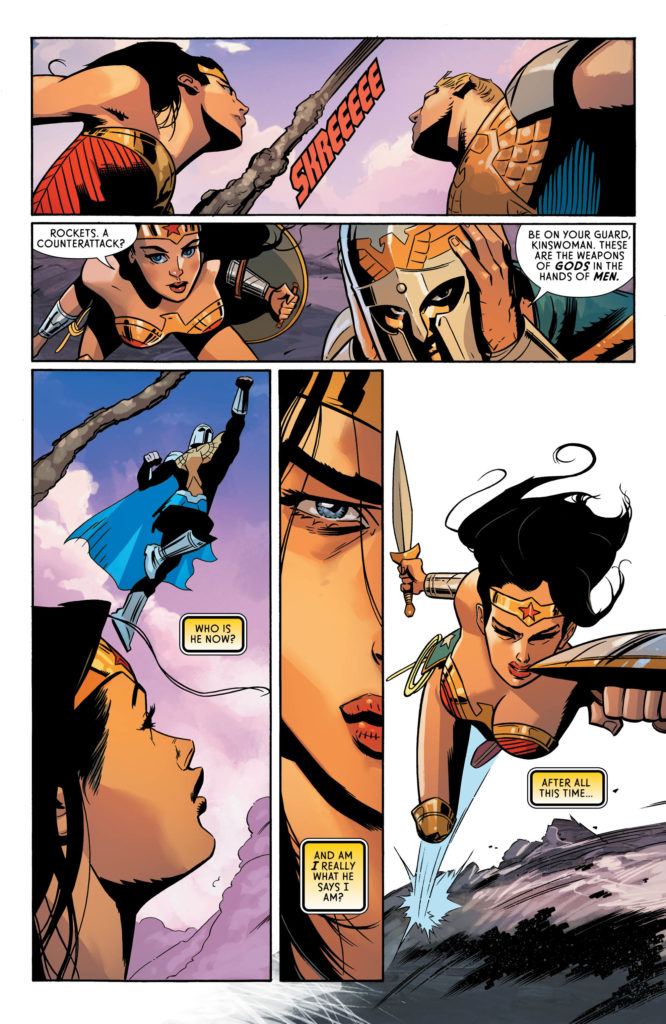 What’s With These Guys Tho?

Meanwhile, as Diana and Ares are having philosophical debates while knocking planes out of the sky and catching them, there’s a squad of mythological Greek monsters wandering the battlefield. A Minotaur named Eirene, Cadmus the winged horse, and a Satyr named Damon are clearly unstuck from time. They follow a mysterious little boy up to a crumbling castle only to discover more of their kind…and someone else! Someone important to Diana, for sure. 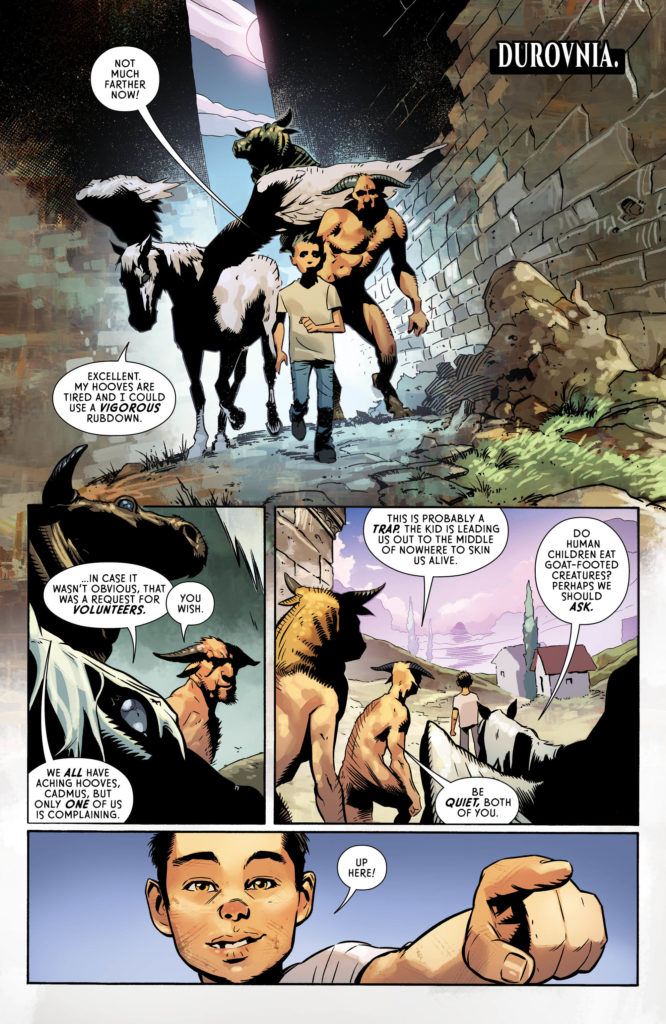 The story with the monsters is one of slowly building tension, but it is definitely related to the sudden rebirth of Ares. The question the comic implies though is, how do you stop this all from getting worse? And can Diana, about to wrestle with some serious soul-searching, up to that task alone?

Cary Nord (pencils), Mick Gray (inks), Romulo Fajardo, Jr (colors), and Pat Brosseau (letters) are on point with their art. Together they have a solid visual style that is evocative of the mythological topics at hand. They render Diana and Ares as fantastic warriors, giving their exploits the air of being hard, but not impossible. It all works together well, filling in the blanks where Wilson’s text gets a little sparse.

This is solid set up, and solid plot set up leads to great story telling. On we go!

7.5 Instances of Rising Self-Doubt out of 10