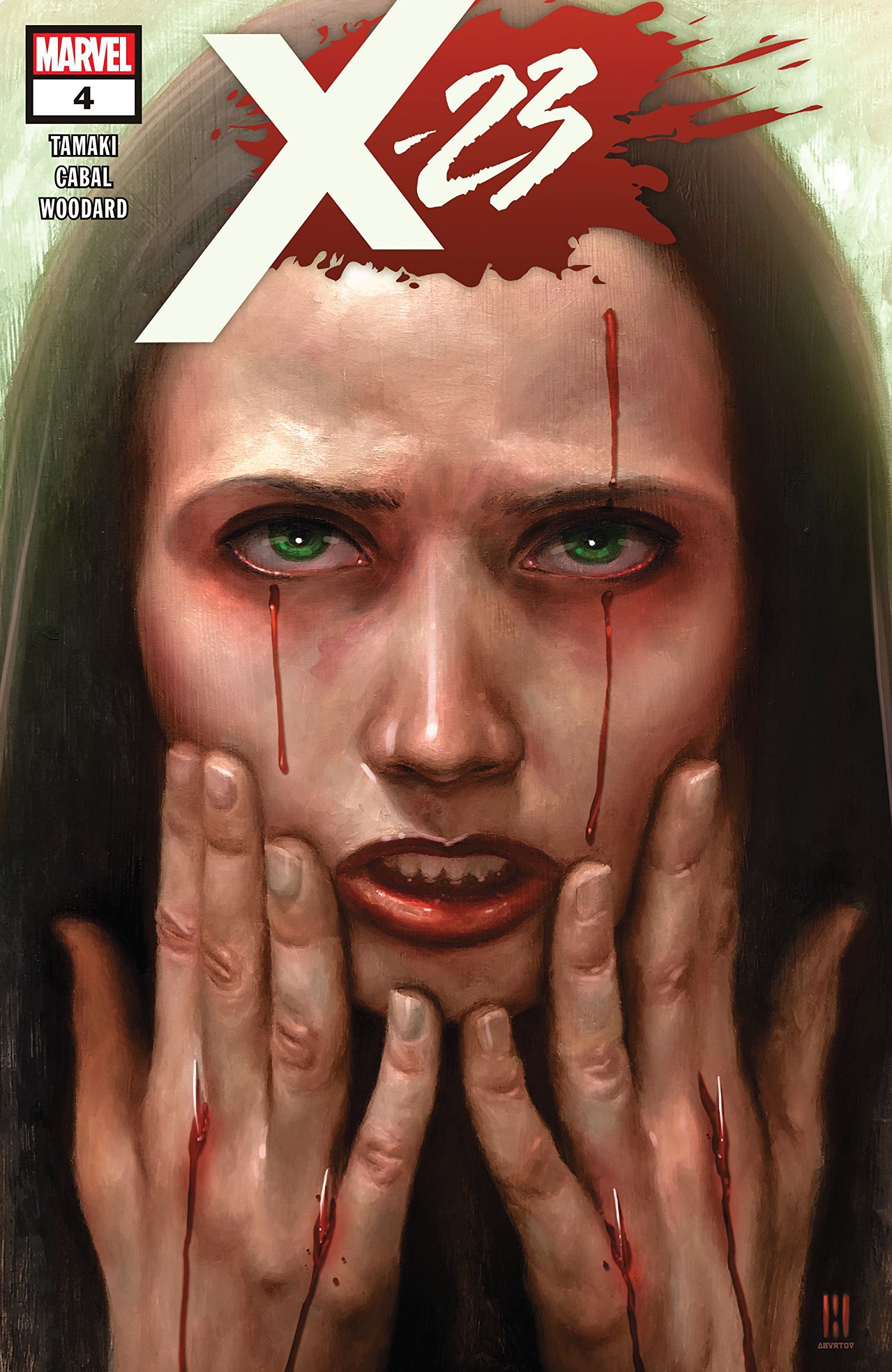 Okay, I have a grievance. When the Cuckoo’s start to mess with Gabby, it’s time to call the X-men out on some shit. I know Charles Xavier preached forgiveness and letting bygones be bygones with old enemies but there’s gotta be a quota on this shit. This series started with the Cuckoos hatching their plan while living at the X-mansion, and I just want to know whose let these psychic sociopaths live with them cause clearly they ain’t changed and I want to talk to management?

Okay, Laura’s attempt to save Gabby doesn’t go well. Not to spoil anything but things get a little weird. I’m talking psychic mind trip weird. I do like how the Bensons write the Cuckoos though. They’ve always been fascinating characters. 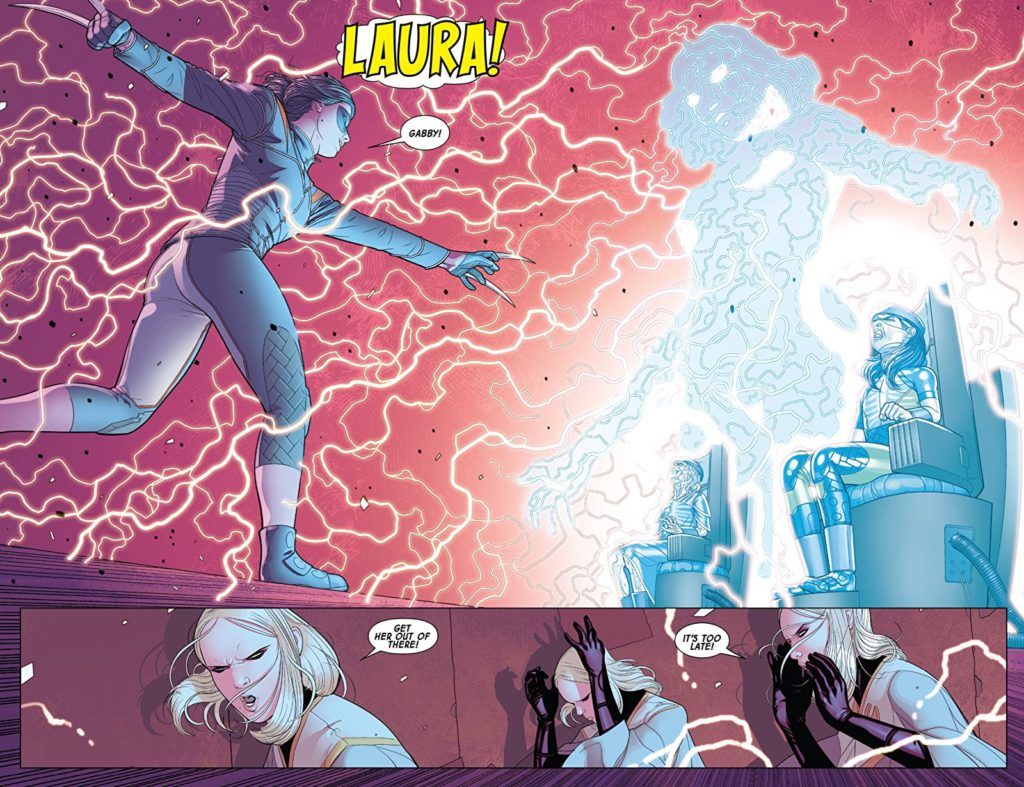 At the center of what has made them appealing is their hive mind and how all five of them always seem like one person. From the start of the X-23 series that is not entirely the case. As the Cuckoos put forth their dangerous plan, we see that some of the sister think independently of the others, with their own subtle personality traits.

The subtle differences come into play here as most of the focus of the issue is on the Cuckoos. At the center of this Cuckoo turmoil is Mindee, Sophie, and Esme. Laura doesn’t come into play that much this issue. She mostly tries to put herself together after the experiment on Esme and Gabby. They messed with my girl and nothing will be forgiven. 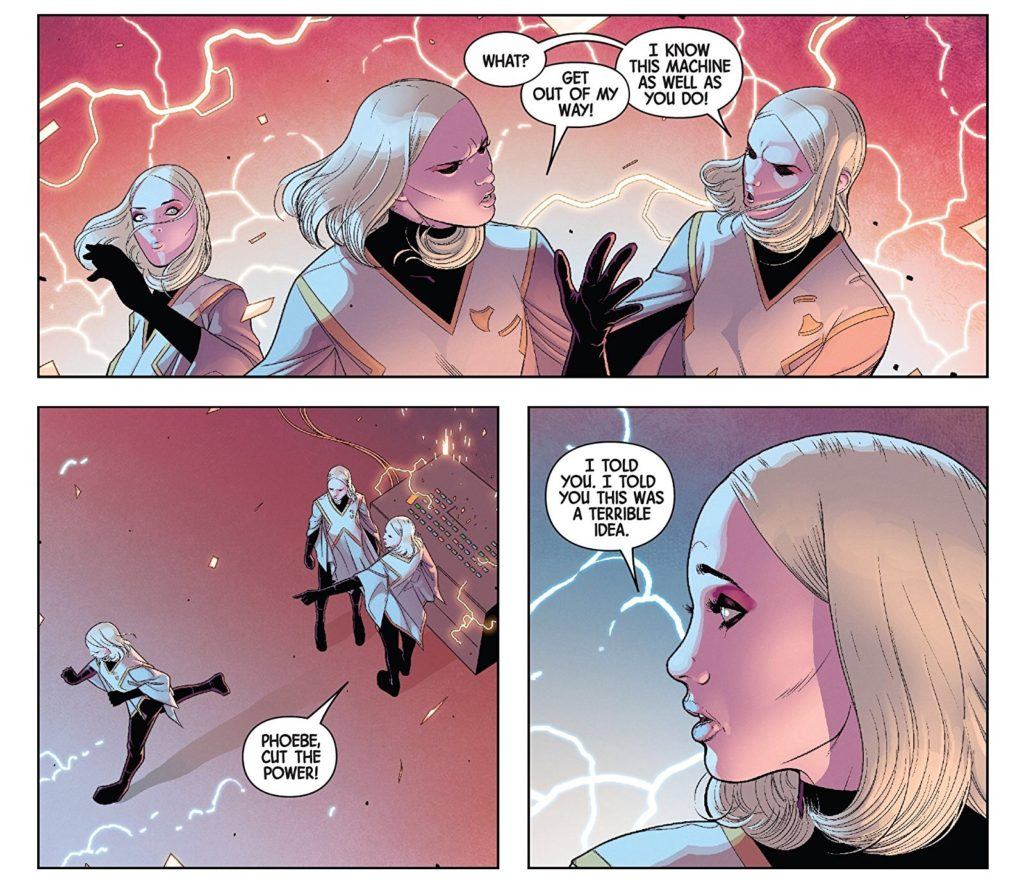 We’re a bit light on the action but the team delivers another solid issue of X-23. Putting the focus on the Cuckoos and their own internal drama was a good idea. So far, they’ve been compelling villains for Laura, and it’s nice to get some insight on them. Now, let’s get Gabby back into action before you make a grown man cry, okay?