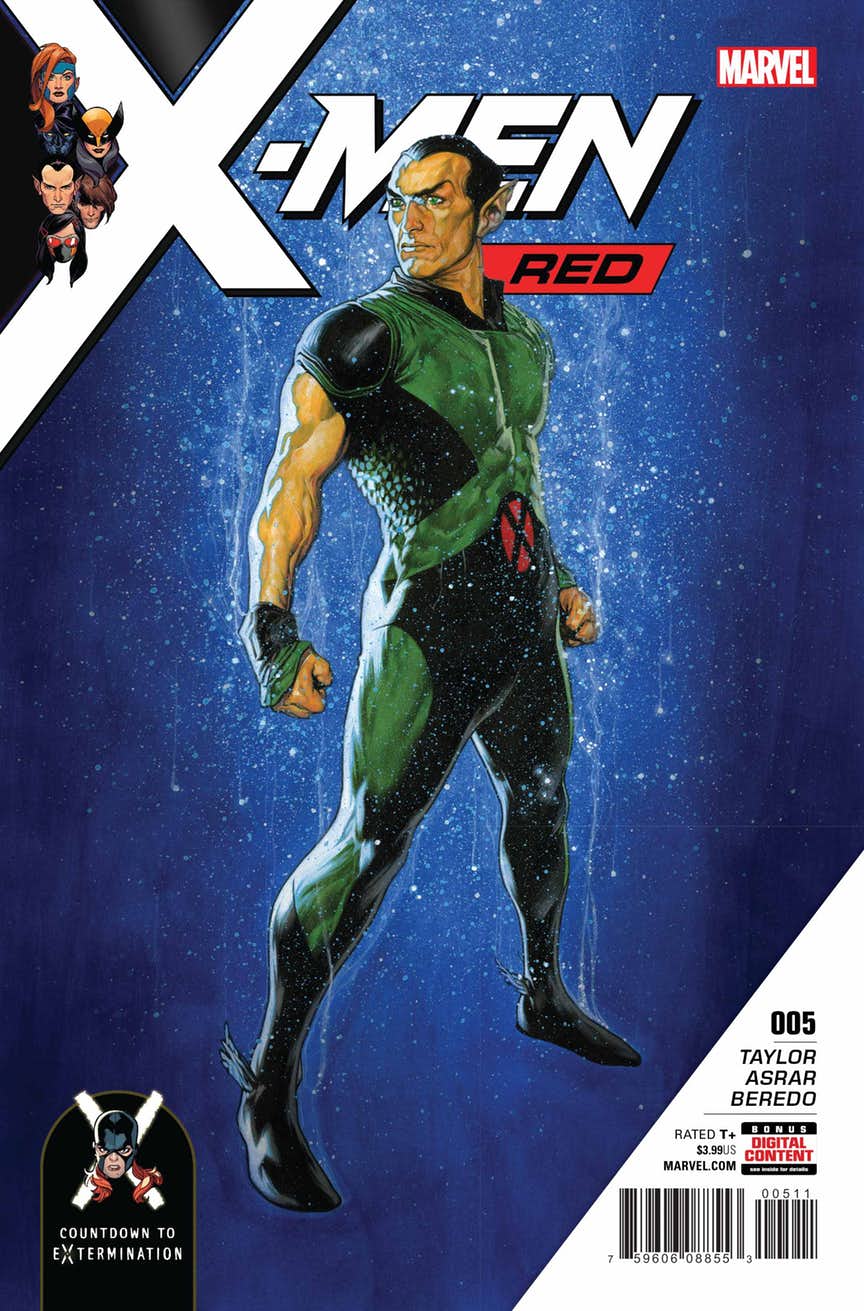 The best fiction mirrors reality. I’m sure that’s not an original thought but nothing immediately popped up when I Google’d it, so let’s pretend I made it up. X-Men: Red #5 was brought to our eyes this week. Tom Taylor’s story captures a potent tension felt across the globe. Jean Grey, dead for about as long as I’ve read comics, returns to a world in metaphysical turmoil. Animus and hate permeates the minds of the public, but she has a plan. Jean quickly learns the tide of hate is not halted without blood. The bigoted, Omega-Level telepath, Cassandra Nova is figuratively and literally infecting the minds of citizens and world leaders. Simmering anxiety burns into violent outrage.

The themes seething through this comic are haunting. The X-Men dealing with anti-mutant propaganda is nothing new; in fact it’s their bread and butter. There’s a difference, though, between reading vague parallels with different civil rights movements and seeing terminology eerily similar to that used by people today. An interviewed man on cable news justifying a cold blooded murder of a minority was almost as disturbing as hearing Nova in my head persuading a president to oppress citizens in the name of “protecting [the] people”.
The comic further echos the frustration of people who want peace and acceptance. The Red Team struggles with the obstacle of foreign sovereignty when a country is violating human rights. In this fantasy world, they are fortunate to have the support of two fictional nations. I particularly connect with Jean’s optimistic understanding (opinion?) that people “aren’t evil. They’re simply protective, misinformed and scared.”

There is a lot to relate to and respect in this comic, although all of the social commentary in the world will never distract from Nightcrawler’s epic goatee. With today’s political climate seemingly here to stay, it will be interesting to see Jean Grey’s crusade against hate flower. Will it end with unrealistic “love conquers all” narratives or descend into the well known tragedies of X-men deaths and mutant concentration camps (we’ve been there plenty). I’ve got my eye on Taylor’s X-Men.