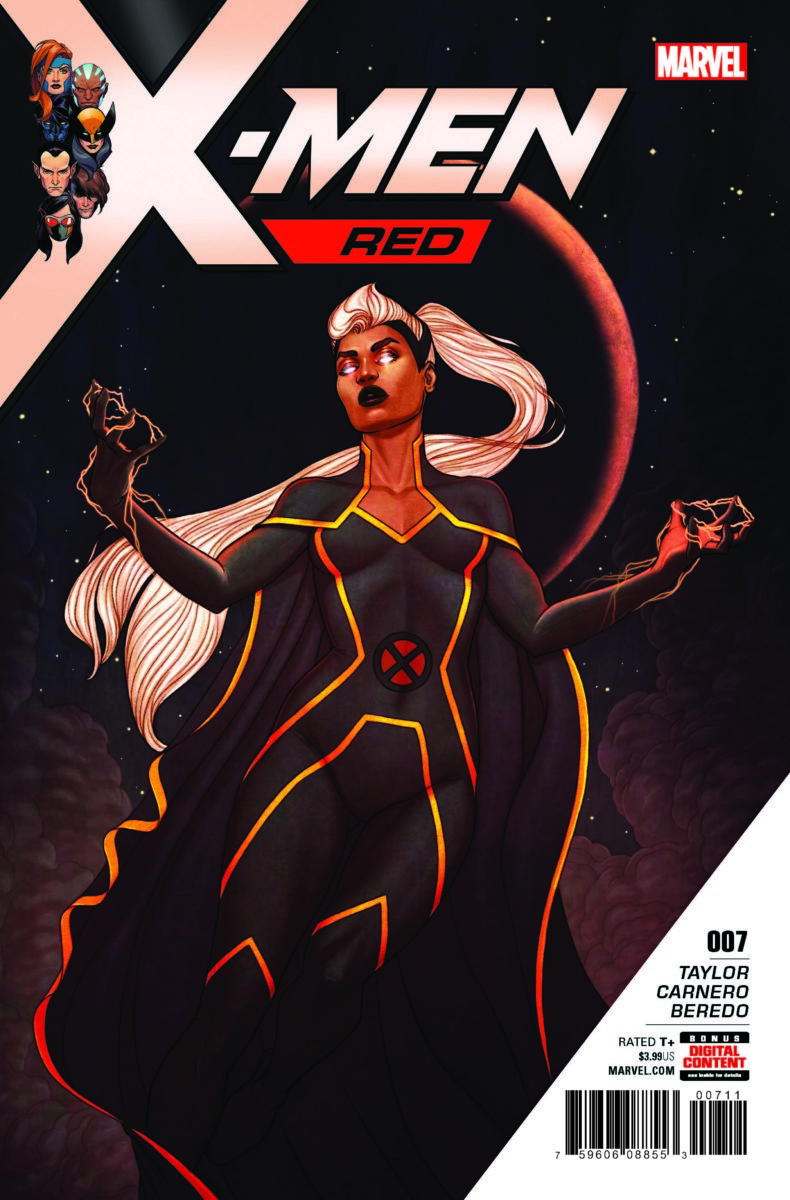 At the end on X-Men: Red #7, I think I have a decent answer to the question “How do you fight hate?” The reply is ‘toughness, and tact’. By the end of last month’s issue, the high-powered telepathic hate-monger Cassandra Nova has her eyes on a new target. Through the brainwashed mind of Jamie Carlson (a.k.a Teen Abomination), she sets her sights on Atlantis for a vicious assault. A well-documented strategy of terrorists is to make supporting a group so dangerous that even sympathetic groups will withdraw support out of sheer self-preservation. The sinister genius of this strategy can’t be missed. When trying to isolate a whole group of people, spreading falsehood and stoking animosity can only go so far. The target’s allies also become targets.

Jean Grey and her team counters this approach by coming to the immediate aide of Sub-Mariner and his city against the Hulk-level threat (Ok . . . maybe not quite Hulk-level). The best thing about this fight was the work that Nezhno Abidemi puts in. After his tragic backstory last issue, I’m really rooting for Gentle to overcome the mental block holding his power back as Jean Grey suggests. You better believe I was grinning after a one-two combo between Gentle and Storm saves the day.

On the tactful front, the rest of the team is on a stealth mission to gain access to an ambassador’s phone. When a stray bullet connects with one of the less durable members of the team, the clandestine mission Digivolves into a loud, dramatic rescue mission. The original goal involves the use of truth to combat hate. While the strength to physically defend yourself and your people is extremely important, hearts and minds are won with information used to combat fear-inducing lies. This comic does not end with a final punch to the face of a villain but a verbal attack on misinformation, backed by evidence. It shows an understanding of the complexities of battling fear and hate in the real world.

Tom Taylor and Carmen Carnero continue to tell an interesting and socially relevant tale. With all the action in this issue, Carnero gets a chance to show off some classic skill in several exciting shots. I continue to look forward to this book as my favorite X-Title.