Listen, usually, I don’t be out here complimenting white men, but Joe Goldberg is a mastermind in his own right and clearly knows what he’s doing. You will be here for it. And You will be screaming, “Aw, damn!” at least four times per episode, so – buckle your Joe hats and park your unmarked vehicles because you’re in for a wild ride with the Quinn-Goldberg household.

Motherhood, Fit For You

There are many occasions, across the series, where we see the ‘conventional’ ideology of family (i.e being white mom, white dad, plus child) challenged to its core. Motherhood and its relationship to whiteness remain at the forefront of my eyes throughout the series. What does it mean for a family of white murderers to seize generational curses related to their own trauma and the trauma they have caused others? Love Quinn-Goldberg and Dottie Quinn’s relationship is a staggering bond between a mother and daughter. As Love and Dottie deal with the grief of a son and brother, their sadness is reflected on to the newborn. Love and Dottie, grow sour and their relationship becomes a display of what happens when grief becomes a dependency. There is a certain and peculiar heat that sits within a daughter who prays to not be like their mother.

But Love Quinn is not to be slept on. When her head is in the game, she’s quick on her feet. No wonder she and Joe were such a passionate match. Love held back often and that’s what made her seem at odds with the “head of the town” Sherry Conrad. A relationship between mothers with hints of jealousy, genuine advice with some shallow suburban reasoning. There is clearly ‘rival energy masked as friendship’ that feels just like a perfect analogy for the small town’s attitude. A smile, waiting for your slip up. The questions that arise when we see the main moms, Love, Dottie, and Sherry begs the question, “To where do we look to feel like the perfect mother?”

A Pool of Blood, A Revival Ensues

When the family lost Forty a newborn seemed like the perfect place to store the energy of that loss. We travel through You, through the ignorance of a newborn. The writers truly captured every twist and compared each present moment to previous instances of trauma and abuse. You is a display of how everything must die, but death does not necessarily mean that we move on from the body. We see this in the form of a dying marriage. Love and Joe are consistently at ends trying to revive or kill their marriage and that toxicity spreads across to the relationships they have outside of that connection.

Every time someone dies, the scale tilts. A withering love tearing at the seams. With each body, the question leers: what energy is holding this marriage together? Is it the weight of the graves they’ve dug? The most powerful images of their marriage come from their ability to balance each other out. Love is impulsive where Joe is tactful, and that’s where their power comes from. Love is used to having someone clean up the family mess, whereas Joe was a DIY murderer. You delete the body; you clean the remnants. That’s what you have to pay attention to in the whole series, where does the power shift? People might push back like, “Oh, what’s worse: a tactful serial killer or an impulsive one?” You’ll come to your own conclusions, measured by who you’re more upset at throughout the season.

Where “You” Drops the Body

You covers a range of intense and difficult subjects from addiction to self-harm. This show, at times, makes rash decisions that glaze over the gray areas of these traumas. I can especially recall one death that wasn’t approached with nearly enough tact. It felt like a lazy string of events that differed from the rest. In the aftermath, the attention felt flawed and discarded. More of a means to an end to nip something in the bud, for no reason other than to focus on the other twists and turns. You does showcase how to be of good support while also exploring how twisted self-righteousness can get, particularly in toxic relationships. I wish the writers took more time to excavate the traumas experienced outside of Joe and Love’s lives. To properly give justice to what is being lost in others’ lives.

If there is something You does correctly, it’s the exploration of loss. To examine what it feels like as a person who previously experienced abuse, to witness abuse, again from a place without power. We see Joe’s growth into who he is today through the dregs of his past, revisiting it in flashes. We explore his relationship with abandonment and how he uses that trauma to fuel his obsessive compulsions. Now, when I speak on Joe’s growth, I want to be specific. Joe grew more into his own vices. We do not see upward mobility in emotional well-being, we see a Joe who watches a domino fall, and quickly learns how to manipulate the floor as to not be betrayed by gravity. In previous seasons I saw Joe and said, “White man who you gon’ erase today?” Now I think, “How will Goldberg make chaos work in his favor?” That’s what made You Season 3 even more jarring.

Is it still growth when one moves on from murderer to accomplice? What is growth when your obsessions get picked apart in front of you? Much like the previous seasons, I found myself afraid for each character. Pointing and making guesses about how they might meet their demise. Everyone seems like a perfect target. You Season 3 does not miss a breath on the writing. You Season 3 is a perfect place to tie it all together. We met the white man and followed his obsession every step of the way. What made him crumble, what built him up. We know what he’s willing to risk, for You. 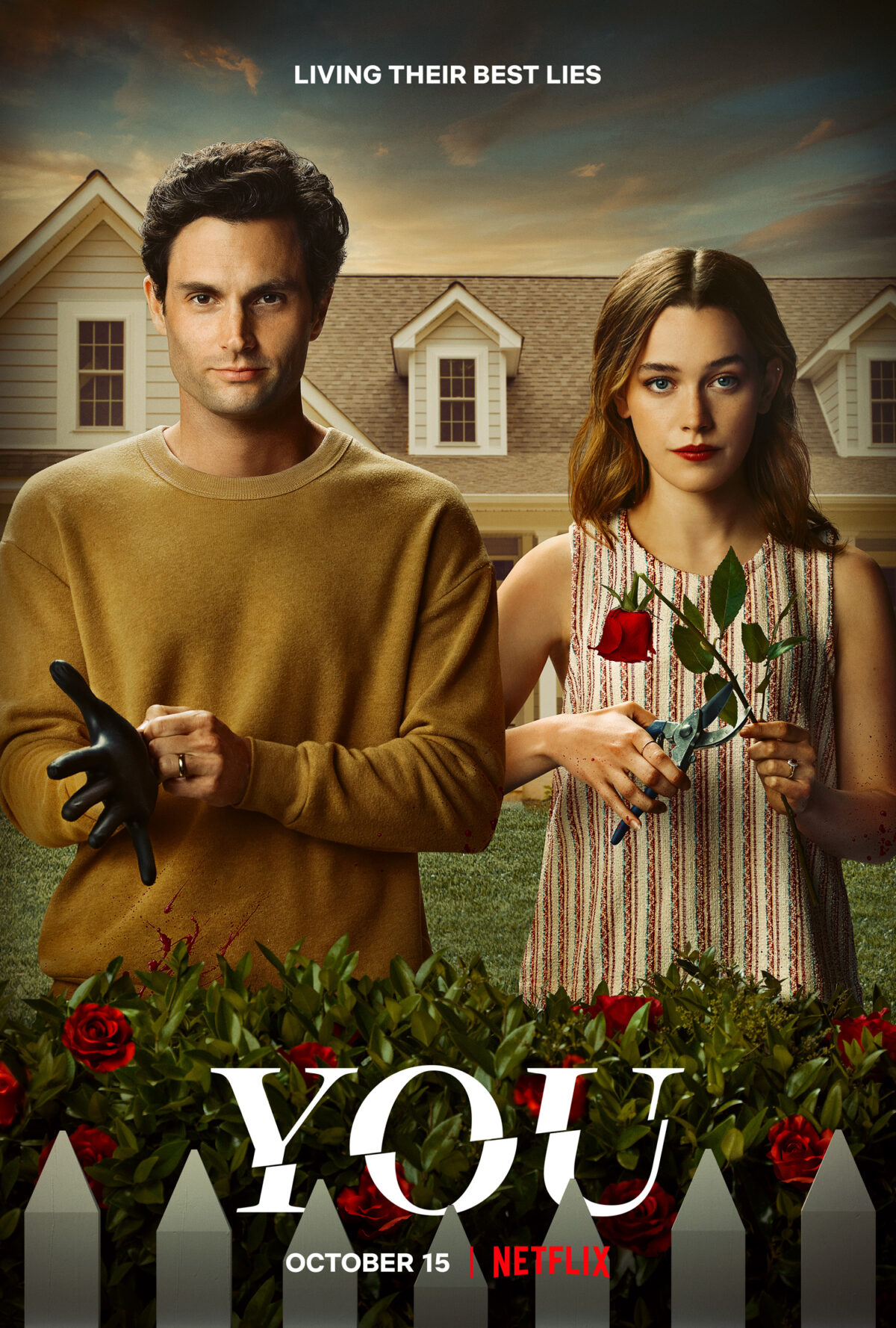