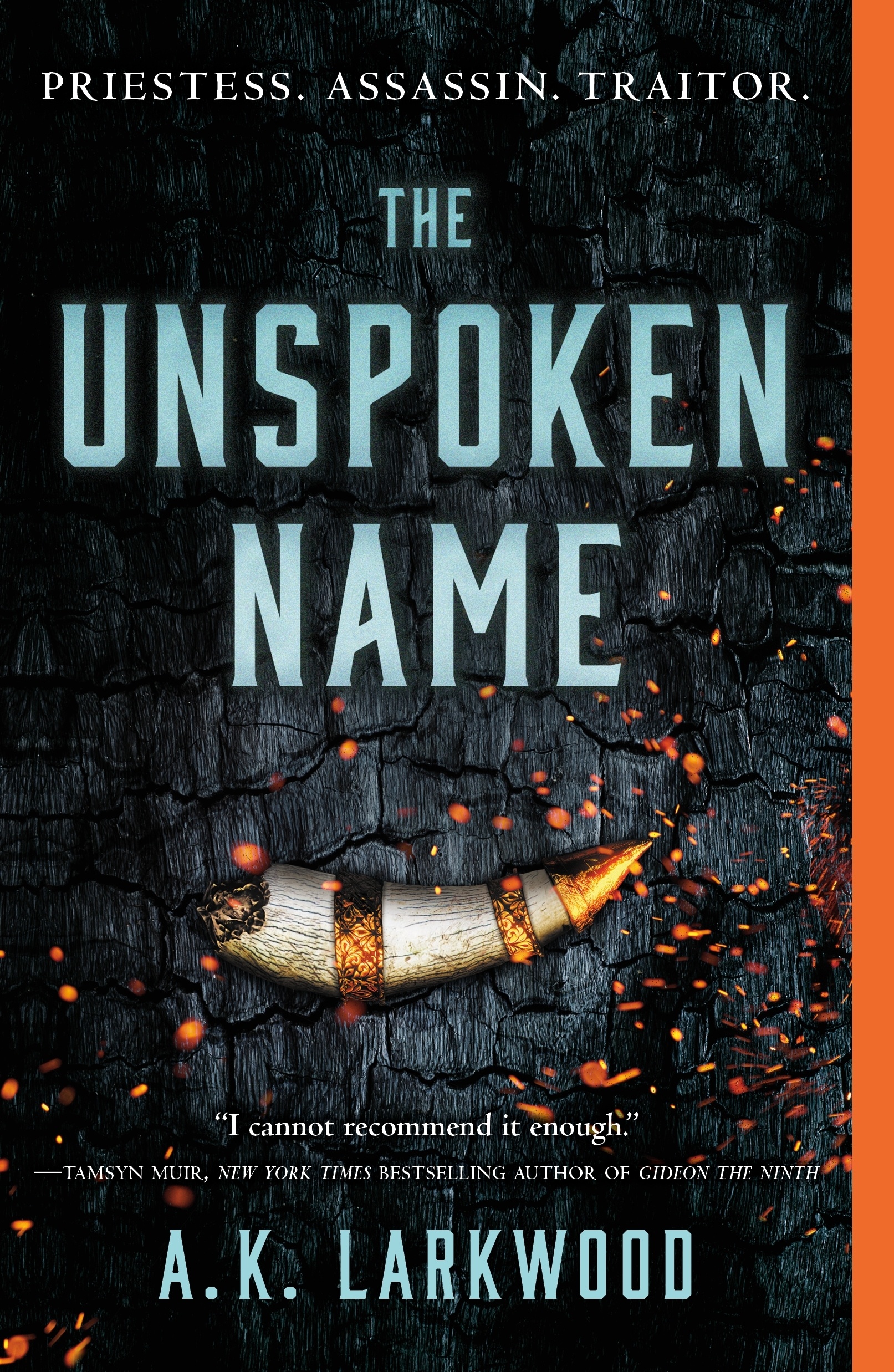 Before I get into this review, I must thank Tor Books for sponsoring this review. I was immediately taken in when I read the synopsis of the book. A girl who knew her death was coming is saved by a powerful mage, and she becomes his loyal sword. A female hero and magic? Okay, you got me. Let’s see what this is about.

Death Comes for Us All

To start, let me give you a quick rundown of the story hopefully without too much spoiler; HOWEVER, I am going to make a spoiler warning here just in case.

We meet our main character, Csorwe, mere weeks before she is scheduled to die. As the chosen bride to the god known as The Unspoken One, she will enter his shrine alone and be sacrificed to it, as generations of 14-year-old chosen brides have done before. However, when a mysterious older mage comes to the temple to seek an audience with the god, who speaks through Csorwe, things take a major turn.

Csorwe had always been a bit fearful of dying and thought she had no real choice in the matter, but on the day of her death, she finds the mage, Belthandros Sethennai, waiting for her in the shrine. He gives her a choice: to die here or go with him and live. I’m sure you know which one she picks. This is where the real story begins.

Grabbing Life by the Sword

Sethennai is on a quest to find an item known as the Reliquary of Pentravesse, and he turns Csorwe into his right-hand sword to look for the item. The book is interestingly divided into four main sections that contain the chapters. As you read, it feels like a changing or growing in Csorwe, and this growing is beyond just her change from god vessel to warrior. That all takes place in the first section, which is seven chapters. What happens beyond those first seven chapters is a different growth. She is a skilled warrior at the end of chapter seven, so chapter eight and beyond has us witness her learning more about herself, about life, and most importantly about loyalty.

This book is a blend of fantasy and science fiction, but for me, leans more into the fantasy realm. There is a lot of magic and gods, but the travel system feels like science fiction when it is first introduced. It really reads like a spaceship traveling through a stargate and crossing space. However, the way Larkwood describes it I could see it also just being a form of magic, because when you enter the stargate you don’t just get spit out at your destination. You actually have to navigate the in-between area. There are islands you can stop on, there are color changes (though green is the one color I remember the most), and there are any number of stargates/portals open at any given time that you have to know which one to choose. I will say that I am probably doing a bad job at explaining it, but I think that’s a good thing.

I Need a Hero

One thing I didn’t know if I wanted to mention or not is about Csorwe, the main character. I don’t want to spoil it for you all, because I think it is a big surprise and one of the things that I think really make this novel different. It’s not only that Csorwe is a girl and that she is bad ass, but she is also very different from the heroin you might be picturing in your mind. The closest I could get is to say picture Xena in the armor of Eowyn from Lord of the Rings. Csorwe is by no means a push over. She has all the smoke you want, but there is something quite different about her. I’ll just say that the cover picture is very important to her and leave it at that.

Not Every Sword Strike Hits

As much as I enjoyed the book, I did have a couple of things I wanted more of in the book. Though the novel is heavy on the fantasy elements, those are mostly seen through the types of characters that are represented. While that is not a downfall, there are magical battle scenes that are really built up, but we only remain in the moment for a few sentences or a couple of paragraphs. That is probably intentional since the main character is not a magic user. She can only see things from the outside, but I wished we would have gotten more of it.

The other thing is that the story is set up in parts, so we get four climaxes in a way. While this is fine overall, I was ready for a grand battle to take place at the end. There is some good action, but the big payoff does not hit as hard as I really wanted it. Knowing that the author A. K. Larkwood plans for at least 2 sequels makes the lack of a grand battle make sense, but for a fantasy novel of over 450 pages, I wanted more than the Twilight series ending with a conversation vibe rather than a big battle. (For those of you who might not know, the last Twilight book actually ends with them talking to the Volturi and proving that Bella and Edward’s child is not an immortal child. That’s why after the “battle” in the movie you find out it was just Allison showing Aro, the leader of the Volturi, that if they fight, his side will lose.)

That said, I am in no way saying this book is not worth the read. I was very honored to have had the chance to interview the author through email. (Unfortunately, we live on two different continents, and I didn’t want to have her waiting for me.) So, check that out here, because the Q&A was phenomenal.

The Unspoken Name is about to hit its one-year anniversary February 11th. With the pandemic not slowing up, this would be a great book to add to your reading list.

Check out our other literature reviews here.