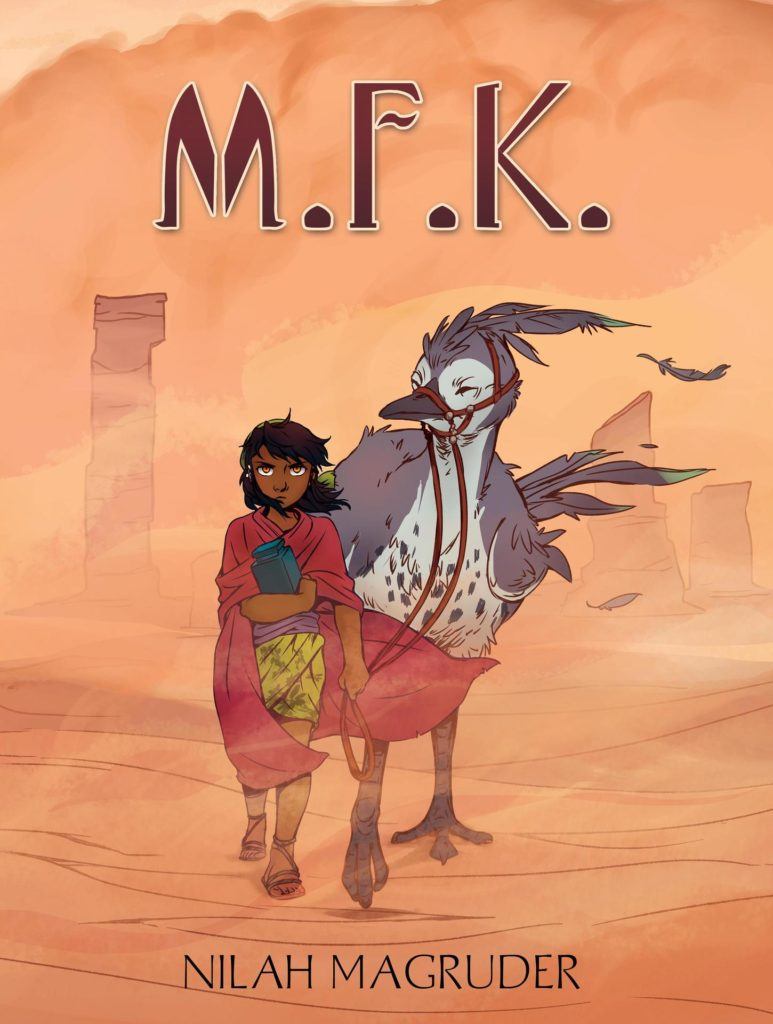 “Journeys are hard on the social recluses of the world.” Nilah Magruder’s fascinating tale of one Abbie, a deaf girl with a mysterious power, who is traveling across an unforgiving desert to scatter her mother’s ashes is such a story. She’s just trying to move forward and accomplish her task when yet she gets sucks into a world of other people’s problems: corruption, tribal disputes, hopelessness, prejudices, the failed dreams of old men, the expectations of restless young men and so much more. This is a fantasy adventure yet it has the makings of a mystery yet its a gorgeously illustrated graphic novel with a main character who wants no parts of the hero title and the burdens that comes with it. M.F.K is a buy for a reader who wants to read about a quest with a less than enthusiastic person onboard, Buy M.F.K. for the reader who is ready for a taste of a series that is destined to be one we’ll all talk about as a classic. 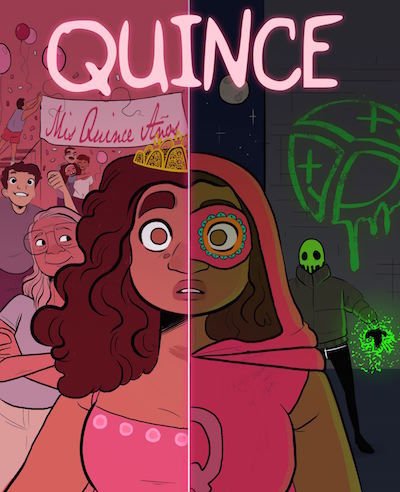 The tagline for this comic is: “If you can survive being fifteen, you’re a superhero.” Quince is a 15-issue, digital-first comic book series that was first released on the 15th of every month via ComiXology starting back on January 15, earlier this year. Chronicling the trials and triumphs of Lupe who finds out on the night of her quinceanera that she’ll have superpowers for exactly one year, this YA book is a good buy that checks off several boxes: superhero comic, a WOC protagonist in the form of a Latina girl, fun and colorful art with an incredible story to delve into. I’ve been reading since the first few issues in and have followed the entire run and feel this is a really swell YA friendly title that packs a punch as it does laughs and tackling tough topics. I’ve said before that in today’s comics landscape it’s easy to get turned off from superhero comics genre, however, Lupe is a fresh breath of air that stays reminding me while I love superheroes and why we need heroes, period. 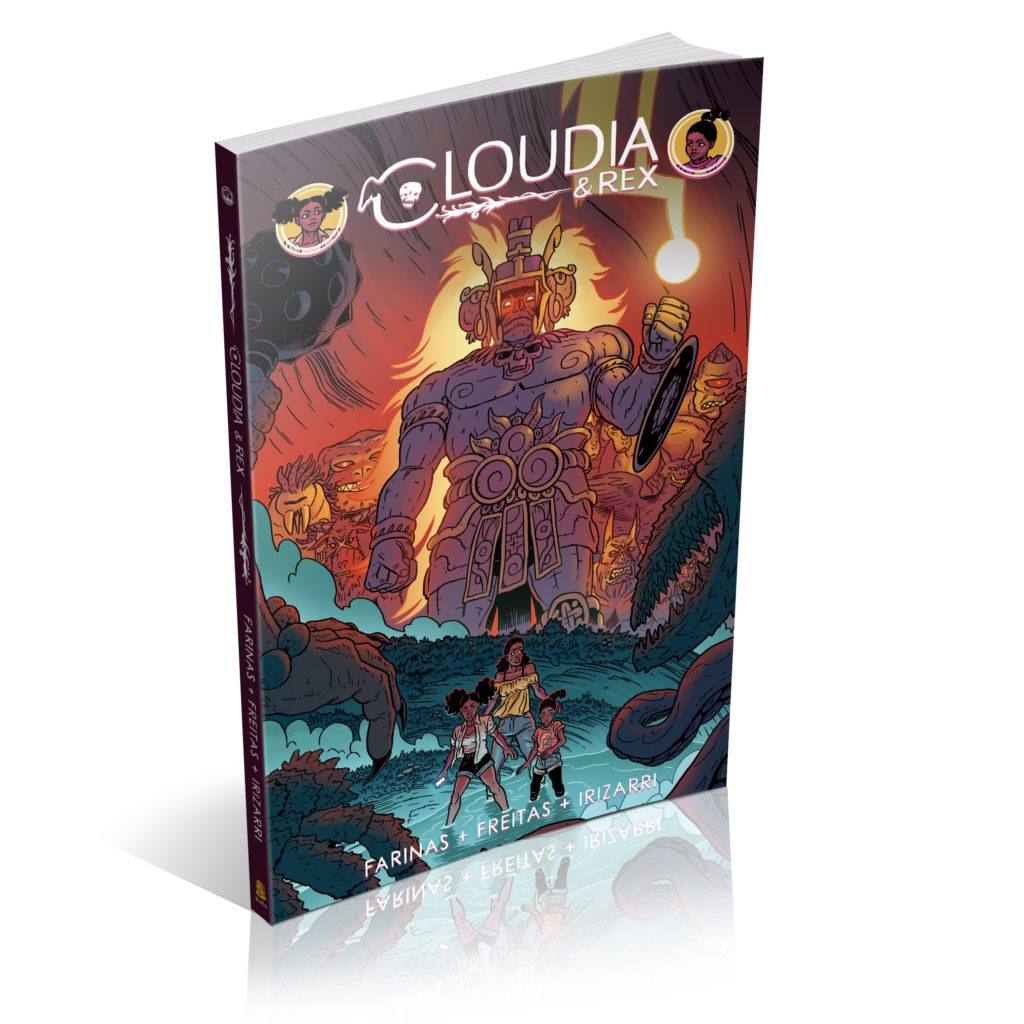 Cloudia & Rex features an Afro-Latinx teenager, her family after the death of her beloved father and the strange and fascinating journey they go on when they get sucked into a battle for survival of a plethora of Gods from another realm. Still with me? Alright, so Cloudia, her mother, and her little sister Rex are preparing to move when she becomes a girl who possibly has the power of hundreds of different Gods at her disposal. This is a fantasy genre mini-series that has an extremely thoughtful story behind it that touches upon grieving, accountability, responsibly and familial bonds. The story paired with some really dreamy art makes for a comic worth rereading that also tackles healing, moving forward and–look, I can’t stress how much I adore seeing girls with agency. This is another title from Lion Forge’s YA line and it’s a surefire winner. 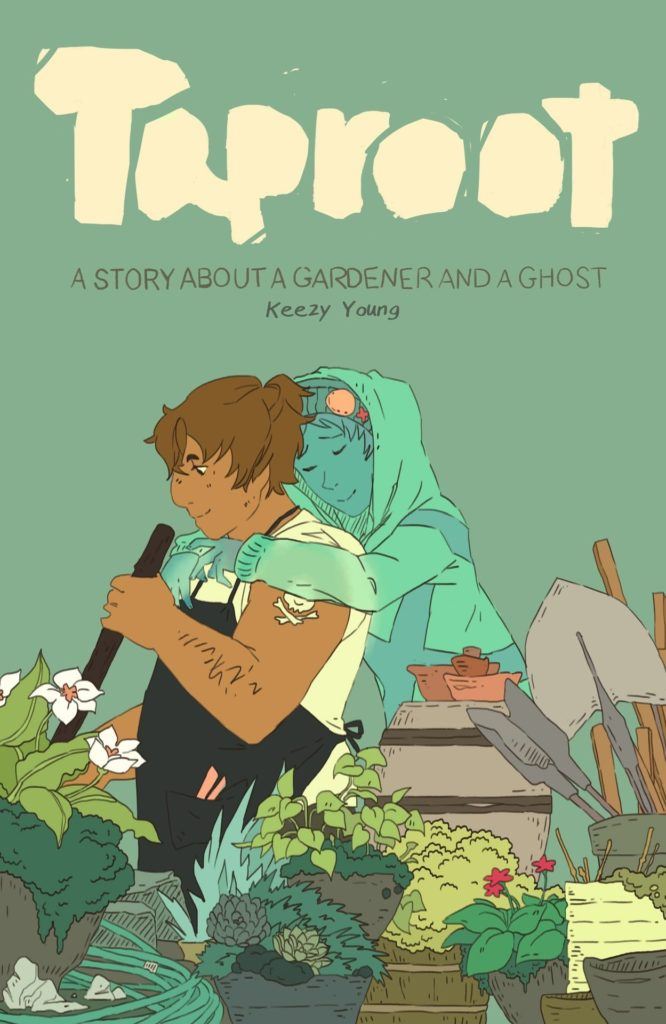 The last YA friendly title on this list is a genre-busting book: I’d hate to pigeonhole it as this comic is many things: it’s a queer love story, it’s a story of growth, of the transitions in life (AND after) and maturity. Before I forget — it’s also a ghost story! Another comic that was first a webcomic, now fleshed out to a graphic novel Keezy Young’s Taproot follows Blue, a ghost who lingers in this world and hangs out a lot with his best friend Hamal…whom he’s in love with. Something very wrong in a supernatural way is plaguing the town and its effects are bleeding into the human realm and the situation goes from 0 to 100 when Blue finds out that Hamal might be sucked into this mess. If you’re looking for an LGBT character-driven drama with spirits, folks with green thumbs and if you’re a sucker for romance, that you should pick up this one up. 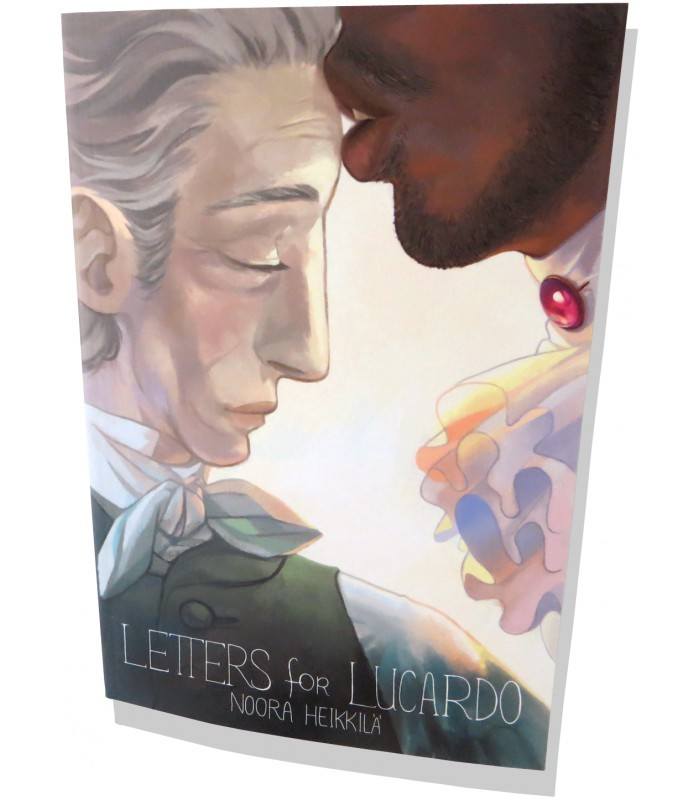 Iron Circus Comics stays bringing us good quality comics so when I heard that Noona Heikkila, responsible for the “A Winged Man Flew into the Shed” entry in the My Monster Boyfriend anthology was putting out a book I was so in. Simply put: this is a love story. At the heart of this thrilling first book of a planned four-book series is a romance of two folks: one aging and one forever young. Lucardo von Gishaupt is a forever-young aristocrat who belongs to a mysterious court who happens to develop feelings for one Ed Fiedler, a scribe, and an aging man. Their developing relationship results in two characters examining love, belonging and mortality. What happens when you’re struck with the reality of finding someone who makes you feel alive when lifetimes aren’t enough? If you’re in the market for a erotic graphic novel that has a twist on the vampire genre here’s your pick. The kickstarter campaign for book two just launched so pick up this book for yourself if you’re looking for some vampire eroticaby way of graphic novels!

Looking for ideas? We got you with our variety of Gift Guides for all ages.