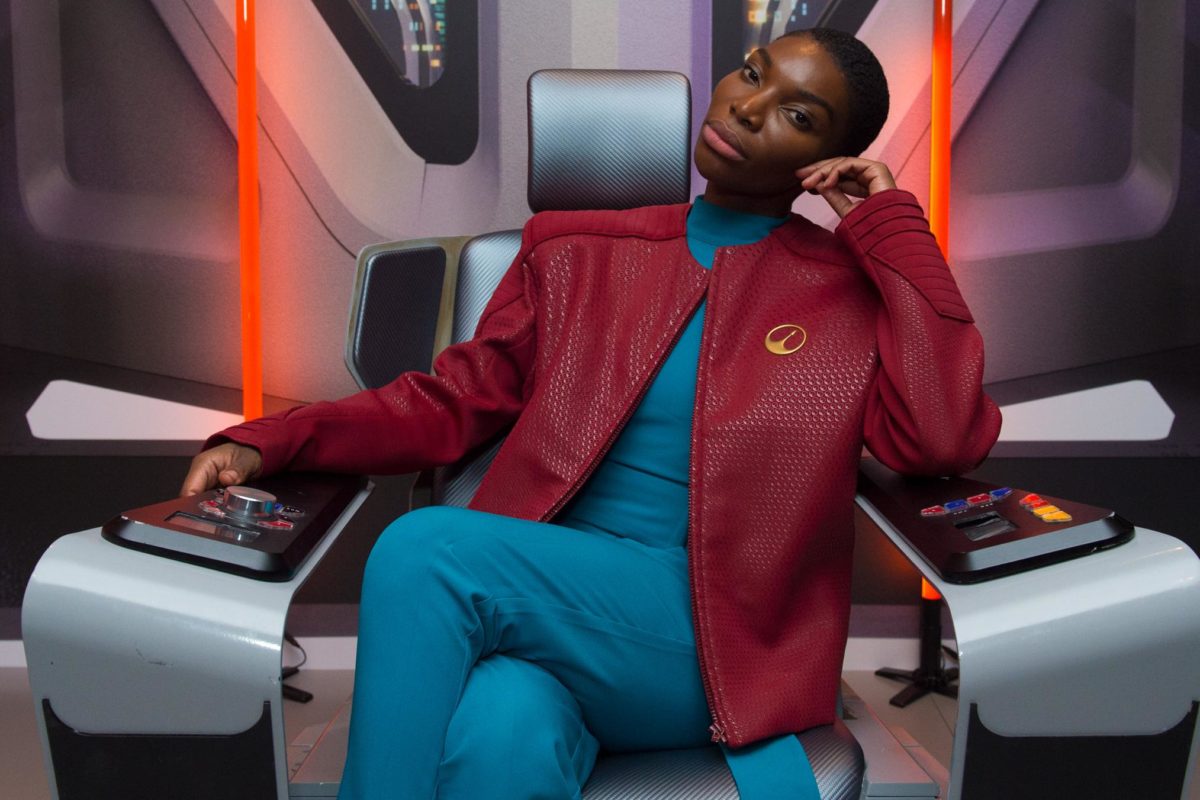 There are so many reasons why Michaela Coel is winning right now. The comedy and drama star is a poetic, writing genius with storytelling that grips us to the bone. Whether it is the painfully awkward that makes us cover our eyes or leave the room until it’s done, or the heart bleeding – bring me through the pain with a smile to rival joker’s grin: Michaela Coel is dominating. Let’s count the ways Michaela has captivated our hearts, and dig into the skill of it all.

There is no hiding the hold on the industry that UK actors – and some writers have on the U.S. film and TV industry. I myself have said a number of times, you know who is taking our jobs!? The British! I jest. It is sometimes very much welcomed when we get our Chiwetels and our Idris’s, and sometimes unfortunate to the culture like our Cynthia Erivos. When Michaela hit our screens with Chewing Gum it was the first time many of us had heard of her and did not know what to expect.

The comedy is raw, with the most uncomfortable adult coming of age story many of us have ever seen. She was willing to go there, take sexual tension and make it a nightmare. There were no limits to what Chewing Gum was willing to do. From awkward, almost-sex to cleaning used dildos for a sex toy party. That, along with the pressures of beauty, and the religious influences passed down through family. The physical comedy and over the top scenarios brought a whole new layer to the cake. I felt OVER seen. A black woman could stretch these boundaries and be accepted, get a show, and tell her story however exaggerated or not. It shows me there is a place to play here.

Which brings me to my next point. The writing style is natural and clever. It is hard to develop characters and dialogue in a way that conveys so much with just a string of words. The ability to write the narratives and storylines of several different characters while intertwined with the main character’s self-interest is something to note. At the same time, each character’s arc is living on its own, and circling around a topic we know has a deeper relationship to the world. Doing that and keeping it interesting and not contrived is a feat! For the writer reading this, you’re like scoff! That’s just called writing. But no – I think not. I have written plays, essays, and short sketches. Finding your voice is hard enough – finding multiple voices and making them be rooted in their own space is a skill.

Character work aside, the small hints and jabs within the writing that pull out the worst in a character or bring to light the worst so we can all see it, is magnificent. In Coel’s newest production on HBO, I May Destroy You, the character Arabella is awakened as one point to a trauma she had written off as just a small incident. She is shown the truth of her situation while podcast surfing, (a genius way of bringing in the times). The style of call out was so slick and targeted, it was like watching  espionage level psychological warfare. Arabella is slightly calling this person out – in between sentences so the person is rattled, but very much unsure and uncomfortable. Watching these moments, – I’m breathing through it and taking notes.

Writing and storytelling obviously blend when it comes to television and film. You have to have a good base and through line to make sure the story can work visually and thematically. Michaela Coel has a very clear brand of storytelling. It swept us off our feet and choked our breath in Chewing Gum, the no holds bar awkward tension that never lets up. The same is true for I May Destroy You. The watcher is brought into these situations with little character building but thrust into how trauma lives in the mind. In Coel fashion, it doesn’t let up, it doesn’t take a break and keeps digging deeper into the void.

Not only is the main character, Arabella, experiencing trauma, but each of her friends in separate ways are as well. You just want them to be ok, you want the pain to subside. This to me, was the most intentional part of the show. You cannot quiet the trauma, you cannot shut it off, you can’t continue back to “normal.”

Based on Coel’s personal experience with sexual assault, the honesty and truth built into the story is moving. We as the viewer are not given the opportunity to look away or write it off. We are experiencing this right along with her. I know it sounds like – why would I want to do that? No one wants that – it is reality!

Her ability to bring in her own experience sheds light on all of our experiences. Whether they are closely similar or far from our own, we find ourselves sharing anyway. Her way of bringing in her period in a way that felt so natural, not hidden and interactions with others and her flow brought a smile to my face.

This is a genius invitation into the direct results of trauma and on many different levels. An eye opening experience for some, it is one that plants empathy with deep roots. It’s an all too familiar experience for others which can provide the space to be seen and awaken something in yourself as well. Of course use self care, this is triggering and a difficult road to travel. However you can be supported, make sure that you are when sitting down with I May Destroy You.

So, singing the praises of I May Destroy You and after the success of Chewing Gum, my mind was blown when finding out the reasons Michaela had to turn down $1mil. Now I know it’s not Chappelle walking out on $50 Mil, but when you hear the details… you are like uh uh – no no no no no.

According to Vulture Michaela Coel was offered $1Mil upfront after pitching the show, I May Destroy You, but in this deal would not have any ownership of the copyrights. Umm are you serious?? She then asked for 5% of the copyrights and was denied. Her agents urging her to take the offer –  since they would be receiving an “undisclosed” amount in the deal. So she brought her percentage down to .5% and still they were not on board. What is the deal with this?? Not letting black women own their SH#! Let alone something they wrote and created, but this is HER STORY. This is strongly based on real events, personal, excavating and true, and she can’t have .5% of the copyrights?

Michaela was like NAH! I know my worth, left her agency and said BYE NETFLIX! Made her way to BBC and HBO. They gave her everything she wanted, rights, producer credits, the money she is worth and options to direct and be fully involved in the process. You betta get what you deserve Ms Coel!

Boss Bi*#$ in the writers’ room, the boardroom and on set. Michaela we know from her stunning physical comedy, her effortless line delivery and presence. Her drama work was hiding just behind her wide eyes. After Chewing Gum, she starred in several productions from the slightly questionable Black Earth Rising about a survivor of the Rawandan genocide, to the musical romance of Been So Long. Then living the blerd dream being in the Star Trek-esque episode of Black Mirror AND yes that cameo in Star Wars – I saw you girl!

You may hear time and time again that comedy is much harder than drama, and this is true. Hitting the essential beats, the timing and the places you need to go to hit the joke is far reaching and takes skill. That is not to say drama is a walk in the park –  BUT get you an actor who can do both! Ms Coel brings her comedy to the role of Arrabella in her delivery, her timing, her expressions and wit. The art of levity is tricky, especially in a program centered around the traumas we hold. Coel triumphs. Alongside her co-stars, Michaela gives space for the experience and the story to stand.

You go Glen Coco!! I am rooting for you! And the healing journey you are on, the space you’ve provided for those looking for ways to heal and be seen. With the right preparation – if you can – check out I May Destroy You, episodes airing weekly on HBO and HBOMax. 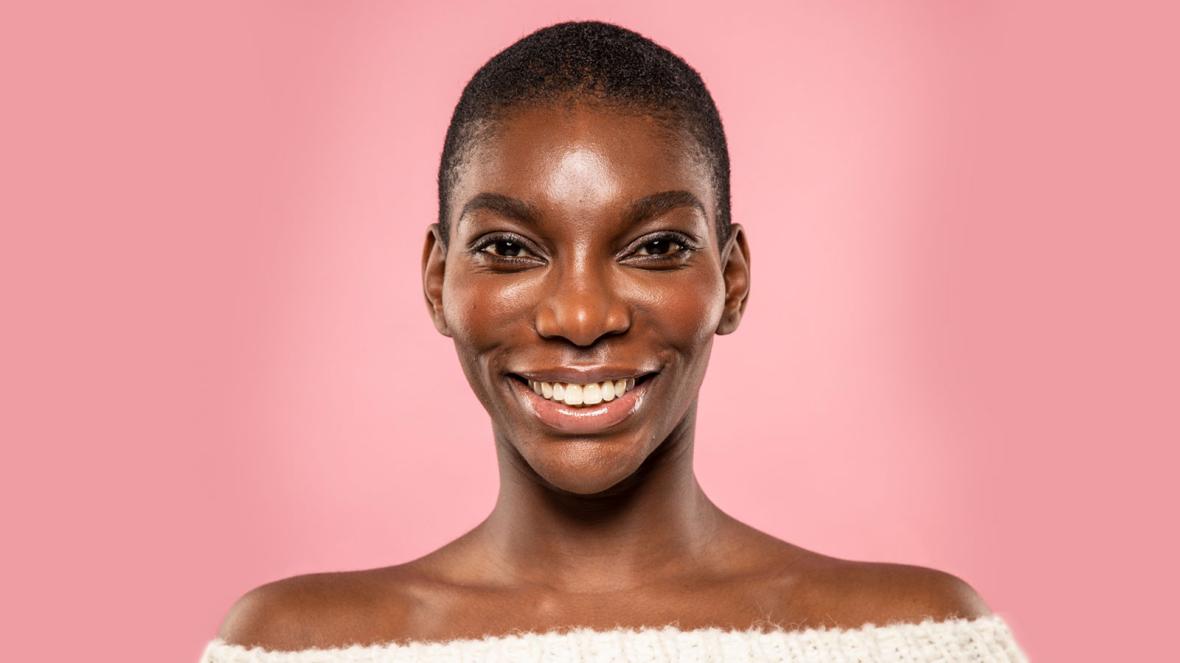