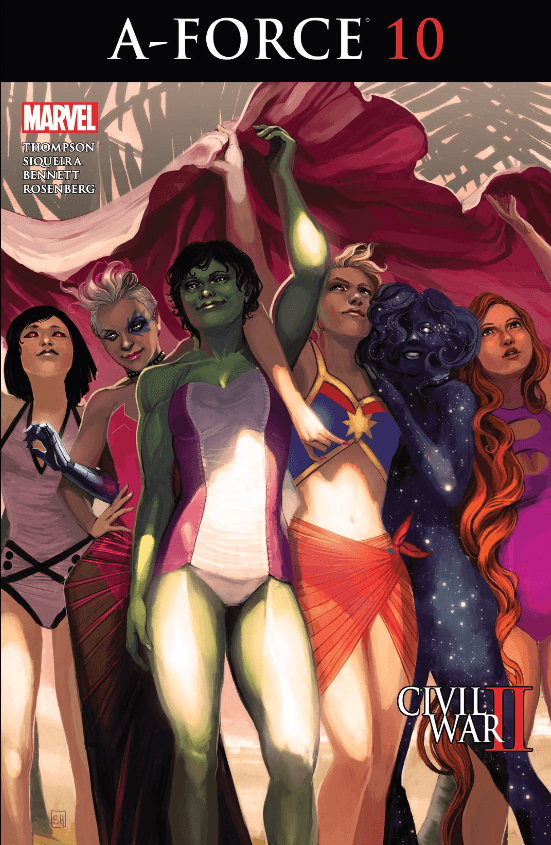 I heard a rumor that A-Force wouldn’t continue after Civil War II wraps up, months ago, but I didn’t want to believe it. I’ve enjoyed this series from the start with Battle World. It has consistently been one of the best comics on my pull list, sometimes even better than the always-stellar Ms. Marvel, and that’s saying *everything*. But now, like so many other comics with female lead characters, it has come to an end. Issue #10 will be the last issue for an indeterminate amount of time.
Over the course of three writers, seven artists, and 15 issues (if you include the Battle World run), this all women super-hero team has featured realistic friendships, great fight scenes, and genuine growth. It brought back old characters like Nico Minoru and Dazzler, and gave well-known powerhouses like Captain Marvel and Medusa a chance to play a different role in a group. It also introduced brand new concepts, giving the blended Dazzler Thor a chance to shine (ha! My pun!), and new characters. The irrepressible Singularity made me smile every issue and is now enshrined in my Top Ten list.

But now, we’re here. And what is here, exactly? Well, Captain Marvel’s obsession with predictive justice has not only torn the rest of the Marvel superworld apart (in a spectacularly meh kind of way) but is also straining the friendship of the A-Force women. Oh, and it also may have gotten She-Hulk killed. To replace Dazzler Thor (who can replace Dazzler Thor), we now have Elsa Bloodstone as our Hero of the Arc. She’s plenty fun and very different in style than the other women, which is a great change up. However, the pieces don’t really gel into a plot about giant bugs taking over a small Colorado town. The pacing feels rushed and manipulated to fit within the parameters of the Civil War II tie-in. 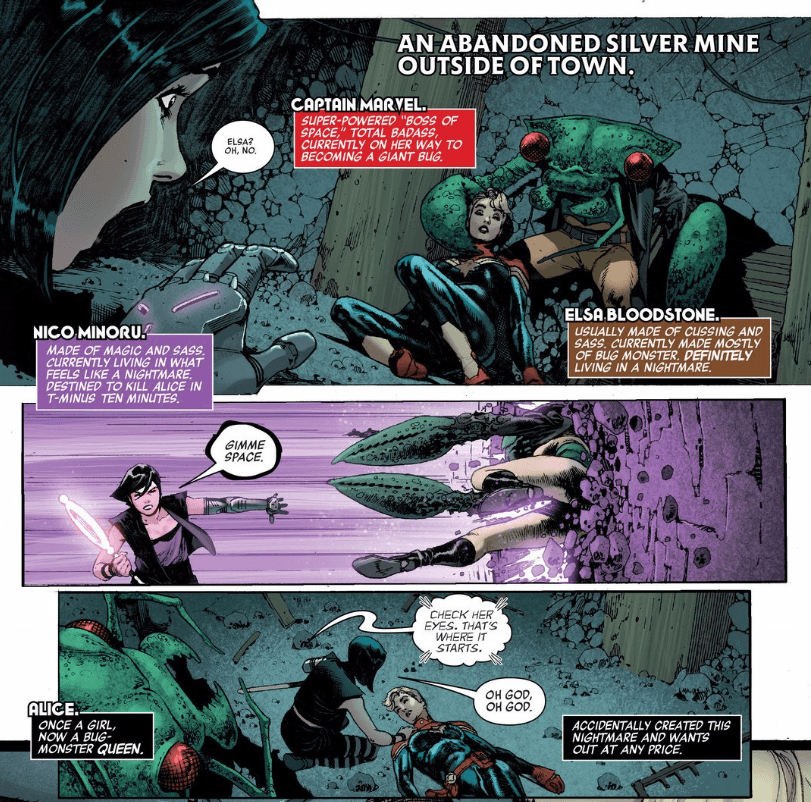 Is Nico going to commit murder? Maybe? A little? Technically? Long enough to prove to Cap that she can’t control everything all the time. It is all a little to pat for a team whose strength has always been a depth of character and a willingness to linger on relationships over solutions. 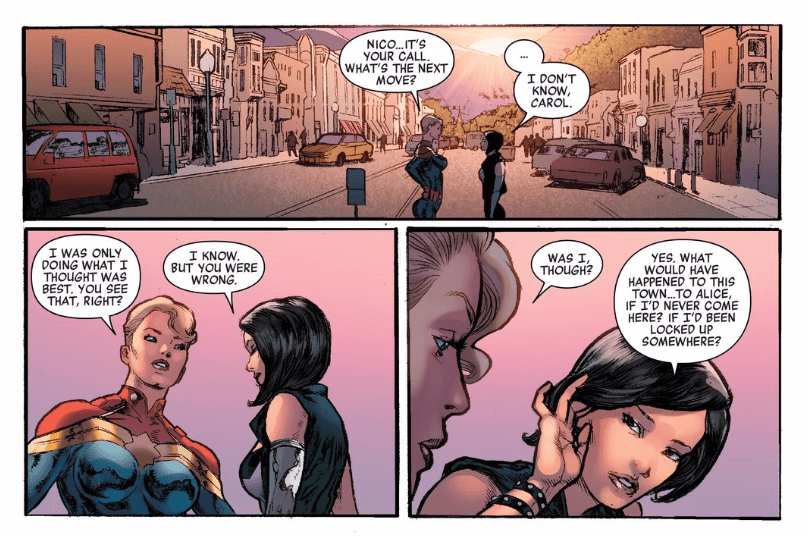 This is a a’ight issue, the art still wins even with the new artist team on board, and it has a few of those moments that make superhero-ing seem like smash-bang-pow-fun. But maybe it is because this is the last issue that I’m left feeling disappointed. I don’t know of any other all-women team up that will fill these A-Force shoes. Guess I’d better get this letter to [email protected] started: Dear Marvel, as a member of the A-Corps I want to tell you what A-Force meant to me…