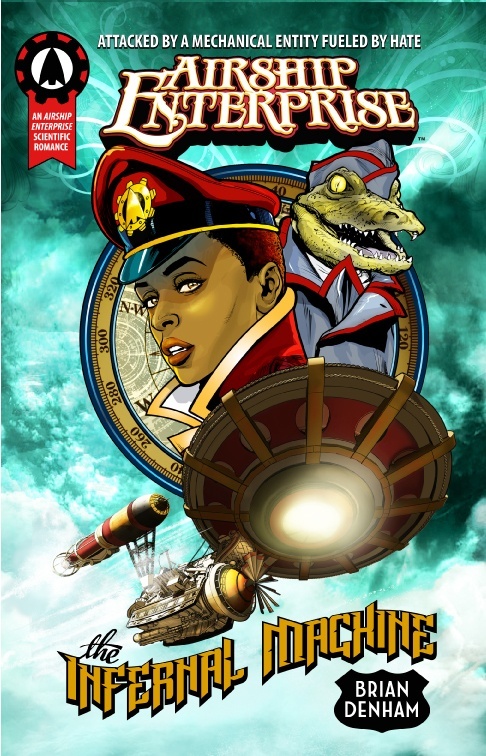 A year ago I stumbled upon the first issue of Airship Enterprise by Brian Denham on Comixology by chance and enjoyed what I read. Issue one introduced us to Janus Tibbs, the captain of Airship Enterprise, along with her incredibly diverse and talented crew, off into action after receiving a distress signal. I’m really excited to see more of these folks because when I first read issue one (15 pages) I was hooked and was down to read more. For those just now booking passage onto this fine ship, this will be up your alley if you’re into sci-fi, fantastic worlds and a slew of action packed pages. 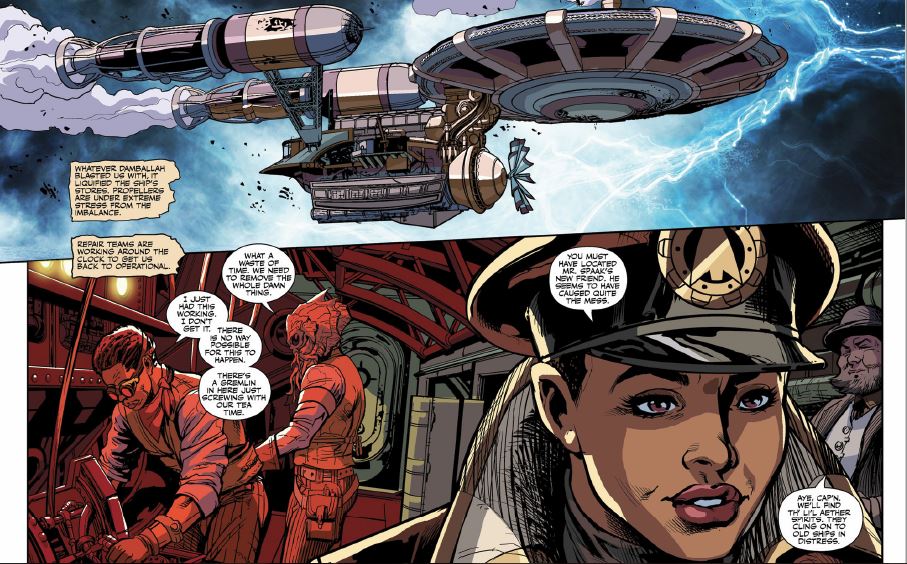 No complaints here on the art as Denham does the work and does it well: you can see all the love and hard work pressed into these panels. Captain Tibbs and her crew: an eclectic bunch, populate the pages and they look fantastic. Her crew have different skin tones and hair textures, pointed ears and scales—you name it. The coloring job by Bevard (and the rest of the crew responsible for the coloring) really compliments Denham’s art which is a plus especially because machinery and bolts and bits can come across as dull. Here, none of it does and it’s lively, even. 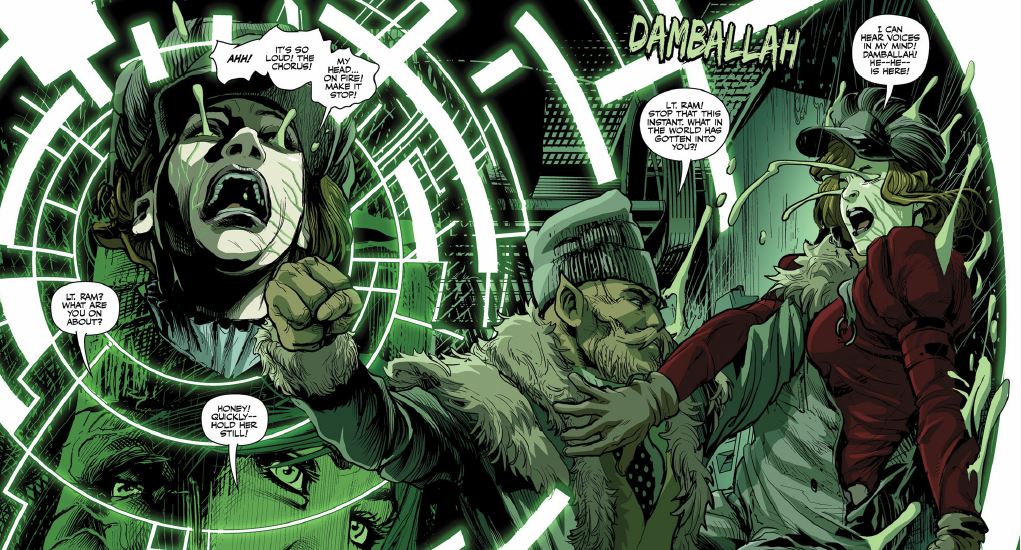 Scenes of the crew huddled together in the boiler room making a plan aren’t ones to gloss over either as they seem more intimate, revealing more about who the Captain turns to for information, more backup, and for assurance. Full page spreads of the villain with a sickly green light from their lair that follows them as well as the crew members they abduct is effective working with a color scheme and also demonstrates their influence. Outside all the humanoid figures and shapes, you have to love the art for everything mechanical: the ships, the smaller vessels to travel in, the weapons and everything in-between look superb and stand out. There’s a fine attention to detail that hasn’t gone unnoticed that I must acknowledge. Throughout this book aircrafts, even when busted, sinking and snapped in half look gloriously broken and scuffed up. 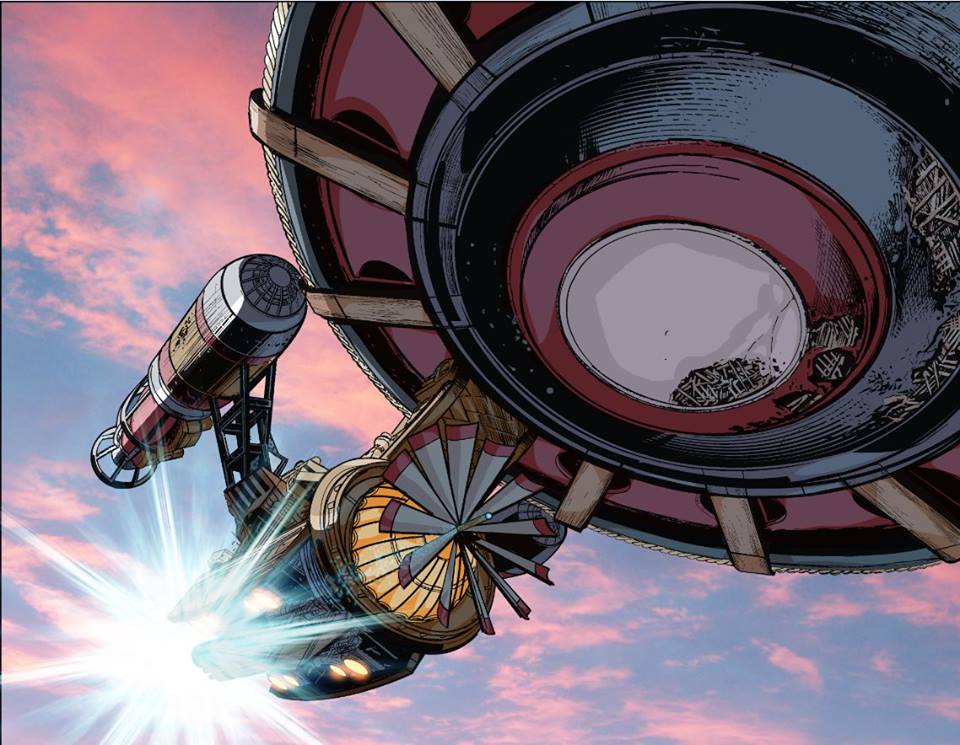 Airship Enterprise proves to be an engaging adventure full of Steampunk elements, fascinating characters, an obvious love and influence of Star Trek and really good pacing throughout. My one true complaint would be the crew’s adversary that makes their appearance with a great opening speech but gets lost in the madness that follows, they soon become forgettable. Even though the events get wrapped up pretty well and the crew moves on the start of another adventure, I can’t help but wish we were with this character longer. Overall, this is a trip I wouldn’t mind taking, a crew that I’d be motivated to work in sync with and a Captain that I’d be proud to serve under.

Issues #1-4 are now digitally available for purchase here. The beautiful hardcover copies with these fabulous inside covers and all the bonus sketches and concept art are available here but be sure to check out your LCS for this book! Softcover copies will be available from the same publisher, Antarctic Press in the very soon future.

8.2 Honey Comb Extension Platforms out of 10
Are you following Black Nerd Problems on Twitter, Facebook, Tumblr or Google+?