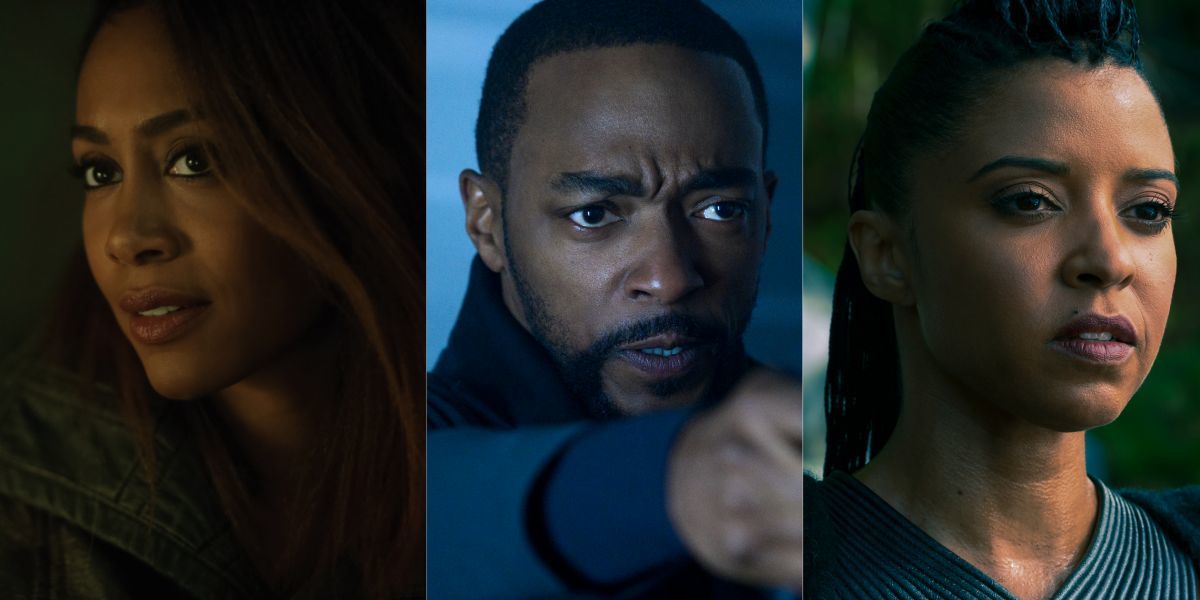 One of the high points of Altered Carbon‘s second season is the number of people of color and women in hefty roles. Of this seasons’ three lead characters, two are Black women of acting renown. Reneé Elise Goldsberry and Simone Missick took some time out on their press tour to make a Bronx-based blerd feel comfortable during his first-ever interview. 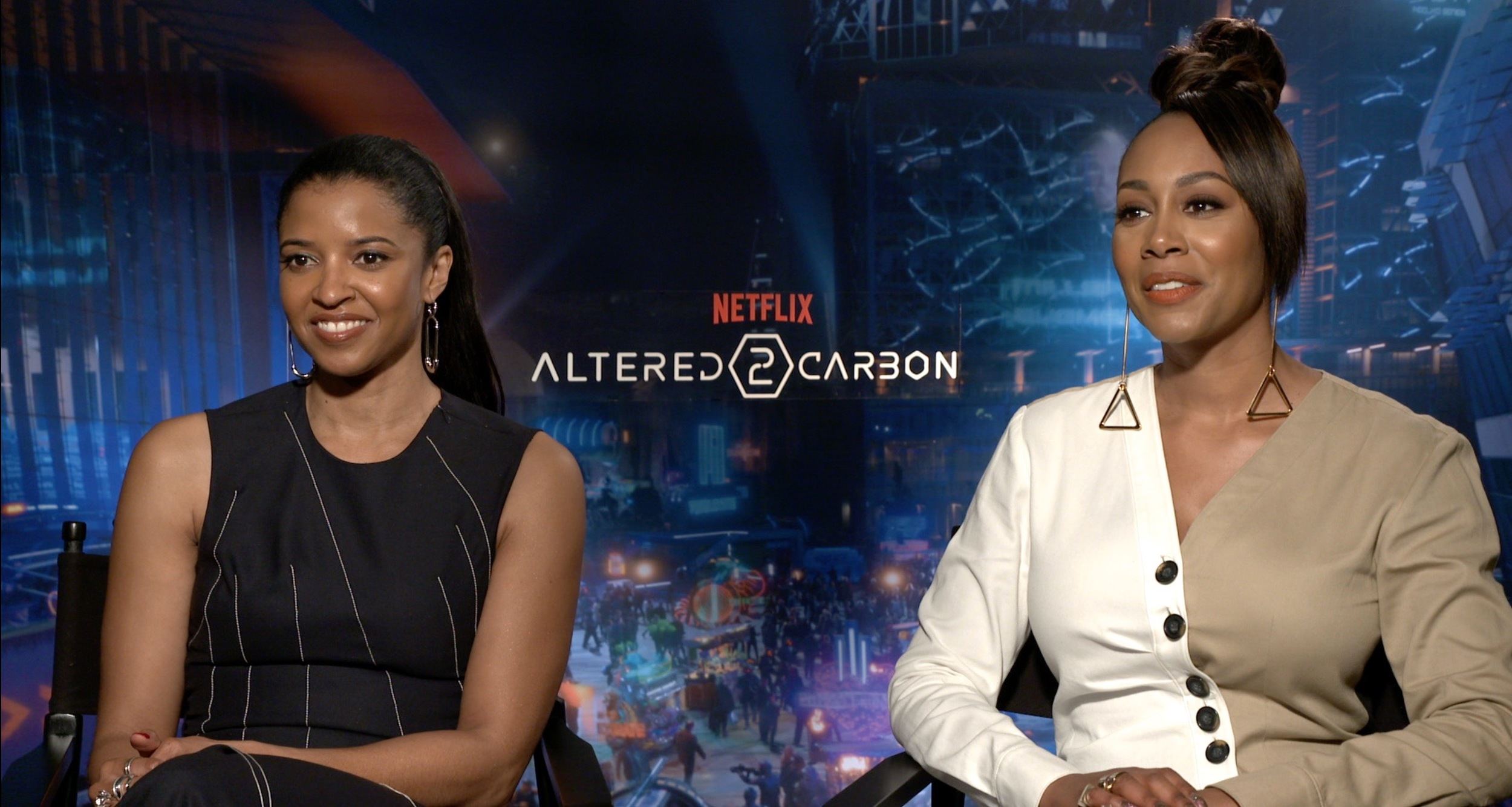 BNP: I saw the first season, loved it. Renée, what is it like to have your character be in the present (this season)?

Renée Elise Goldsberry: Amazing. So amazing, so good. I’m gonna steal a little bit from you (gestures toward Simone Missick). As Simone was speaking earlier about most often as women, even if we’re like the lead woman in the show, our role is really supporting a male lead in his journey. So, season one I was very much supportive of (protagonist, Takeshi) Kovacs’ journey. Trying to bring him to himself. Trying to save him, I was there on his shoulder. Even when you saw me in the past, when we went back to the beginning, I was like there trying to train him. In season two, it’s about her (Quellcrist Falconer’s) journey. She’s trying to figure out who she is and what she’s trying to do. And that feels wonderful.

BNP: Altered Carbon is a very physical universe. In that world, there’s a lot of physical things going on. Watching you both be powerful and take up space. What was that like on set?

Simone Missick: So… I think that it was such a gift to work with her (gestures to Renée). Renée is a phenomenal actress, Tony award-winning actress. Infinitely talented, grounded. And so, to have her one, to have laid the groundwork in season one of what that power could look like onscreen was one thing. And then to feel the support of her, of their being just this sisterhood of ‘you stand in your truth, I’ll stand in mine’. And there was never any feeling…It just felt so safe and supported and I give the credit as well to Anthony (Mackie) who can carry having two strong, Black women on screen.

RG: He’s got a lot of sisters! He was able to practice.

SM: There was no need for us to shrink or to make ourselves small to make him feel comfortable as a person, let alone as an actor. He’s alright by himself, so we were able to be as full as we needed to be. The writing and everything supported it, from the costume to the hair, everything wanted us to take up space, wanted us to be powerful.

RG: What I love so much about this series is that we are defending our selves physically at all times. You know what I mean? No one’s rolling in —

RG: We are clearly a threat all by ourselves.

SM: As a matter of fact, I think there’s a moment for each of us where someone tries to protect us and we’re like, “What are you doing? Get out of my way! I got this.”

BNP: Fantastic. I want to continue vaulting Black women in this way; what was it like to work with Salli Richardson?

SM: Salli is great. This is the second time I’ve worked with Salli.

RG: It was my first time. It’s pretty wonderful. It’s so great. I was like, trying to take notes.

SM: It was a shorthand.

RG: Well, also I just love what her career is doing. I love the fact that she has so seamlessly moved to the other side of the camera. To work that way with an actor who can tell the story and run a set.

SM: That’s the thing I love about Salli, is that she,” (snaps) This is what I want.” She has a very clear vision and crews have to get in line or move on. And she does not, again, she doesn’t feel the need to placate. Just like you would see any man run a set.

RG: And still a beautiful woman who is not taking any mess–

SM: –from anybody. She’s beautiful.

BNP: Thank you both!