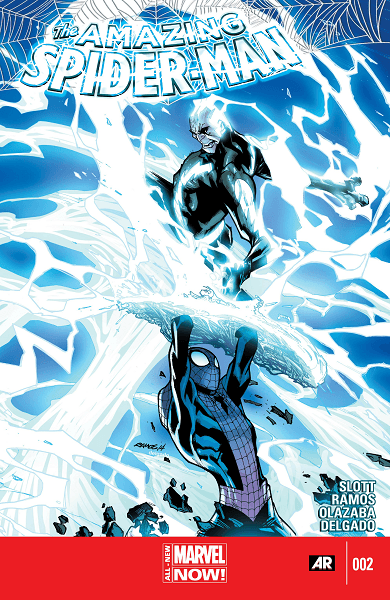 It’s a long hard road back for Peter Parker in the eyes of writer Dan Slott. We get Peter having to actually explain to Maria that he was body swapped with Doc Ock. I was expecting Anna Maria to freak or find this to be a lie but its a real testament to her brilliance how she handles the news. She is highly logical person and she apparently gets her Rachel Ray on when she needs to think on something. 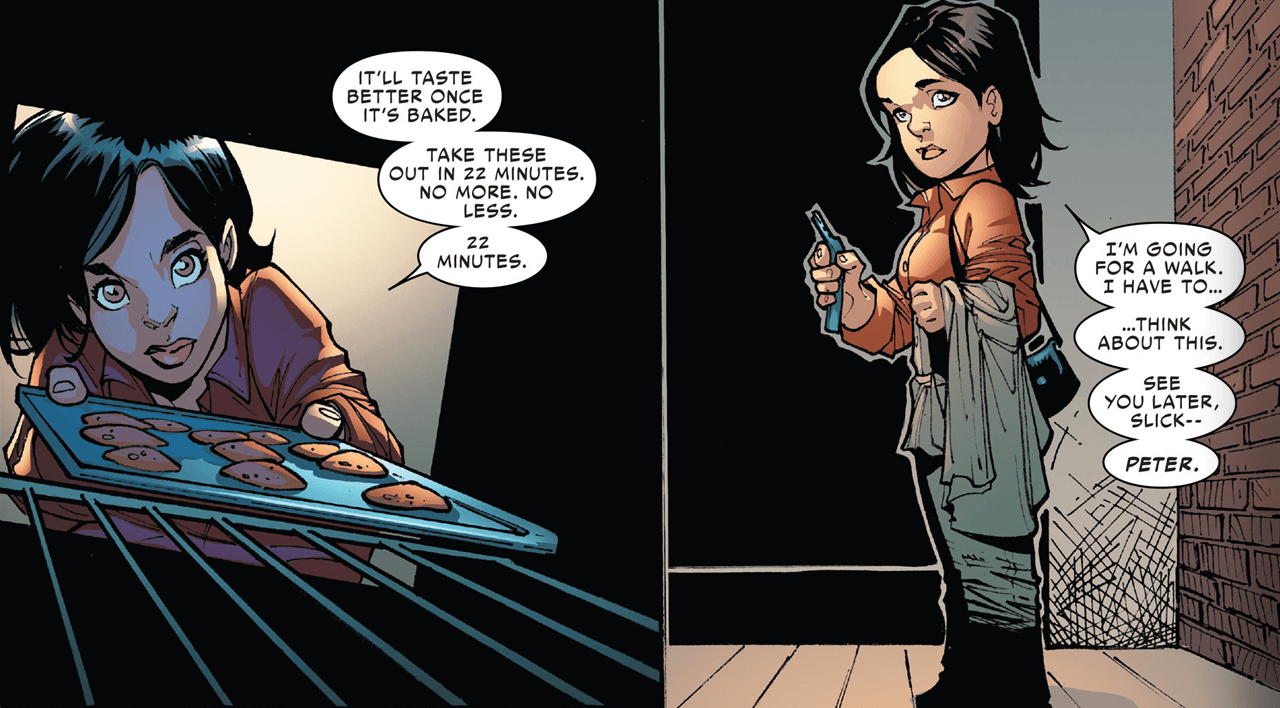 There’s a real sense that Anna Maria won’t be a character that disappears into the ether. She will be Peter’s liaison to everything that Doc did (at least) company wise as well as with his cybernetic inventions.

Now enter Max Dillon. (Fresh off his big screen movie debut) He’s dealing wtih the aftermath of Ock’s experiments. His powers are out of control and he has only Spider-Man to blame. He also gets some help unknowingly from a someone from Peter’s past who also feels slighted by Spider-Man. There are still some people Spider-Man has to catch up with including the avengers as well as Johnny Storm (whose going through his own issues as of late).