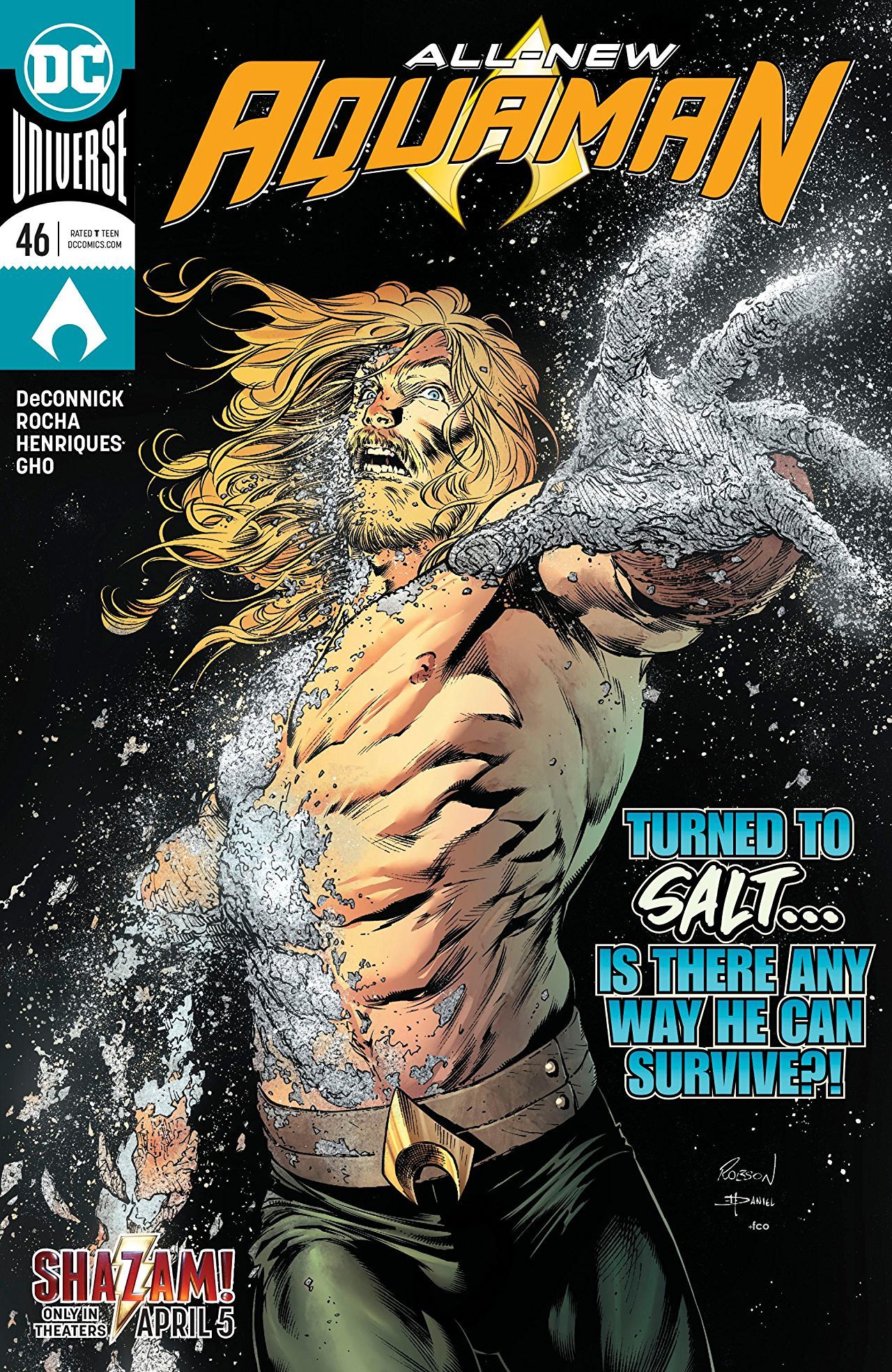 In Aquaman #45, Arausio, our Aquaman, has taken a small boat and sailed with Caille out to meet her mother, Namma. We were treated to a mythological backstory that sets up the opening panels of #46. And yet, I was still surprised when Caille became…I don’t even KNOW what that is, but her name is Cailleach. In Gaelic mythology, she’s a divine hag, a creatrix of the most primordial sort. But what is she to us, here now? Mythologies from all over the world are colliding, so does the history hold, or does DeConnick take us somewhere new?

Issue #46 travels on two fronts. First, the old minor gods are back at Unspoken Water. They feel some kind of way about having let Andy and Caille go out to sea alone. I mean, they’re GODS after all. Shouldn’t they gird up and swim out to stand up to Mother Salt? Of course, not all of the gods are quite that magnanimous. It isn’t like they MADE Andy and Caille wander out to their deaths, but they didn’t exactly stop them either.

Meanwhile, over on the island, Momma Namma’s claimed Caille for her own and is putting a beating on Andy. He, still believing he’s a mortal, tries to supplicate himself to Namma, asking for pity and mercy. Namma sees through all that, demanding the truth. A truth Andy still can’t give. What he does know: he’s no boy, and he’s not going to let Namma kill Caille, and the rest of the world, for a fight he’s got no part in.

That’s when the punching happens. 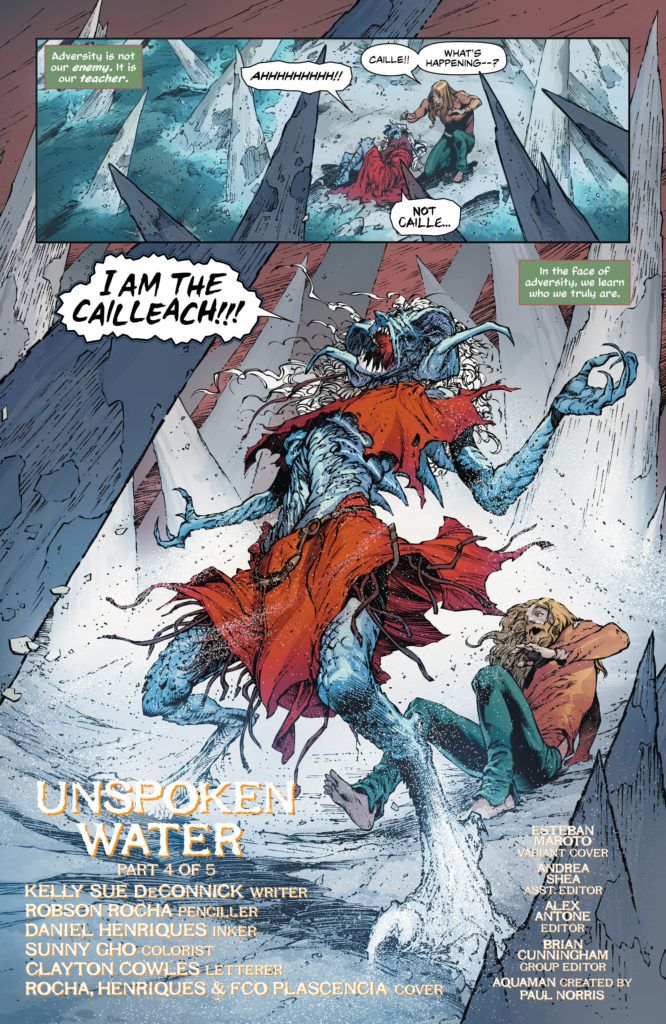 This is the issue where the fighting starts and won’t stop until someone stops swimming.

The art in this issue wasn’t as vibrant and interesting as it has been in the past. It is still a pretty book, but I found myself less impressed. Perhaps there isn’t enough contrast among the competing features on the pages. The best page is the second to last one, which brings us someone from Andy’s past and the return of some of his godly powers to boot.

Another strong showing. The crew has built a speedboat of a story, and now it is straight ahead to victory or defeat for Andy and the minor goddesses and gods of the sea.